SHIPPENSBURG, CUMBERLAND COUNTY, Pa. — A swastika was painted on a rock which on any given day would typically portray the school’s spirit. The spir... 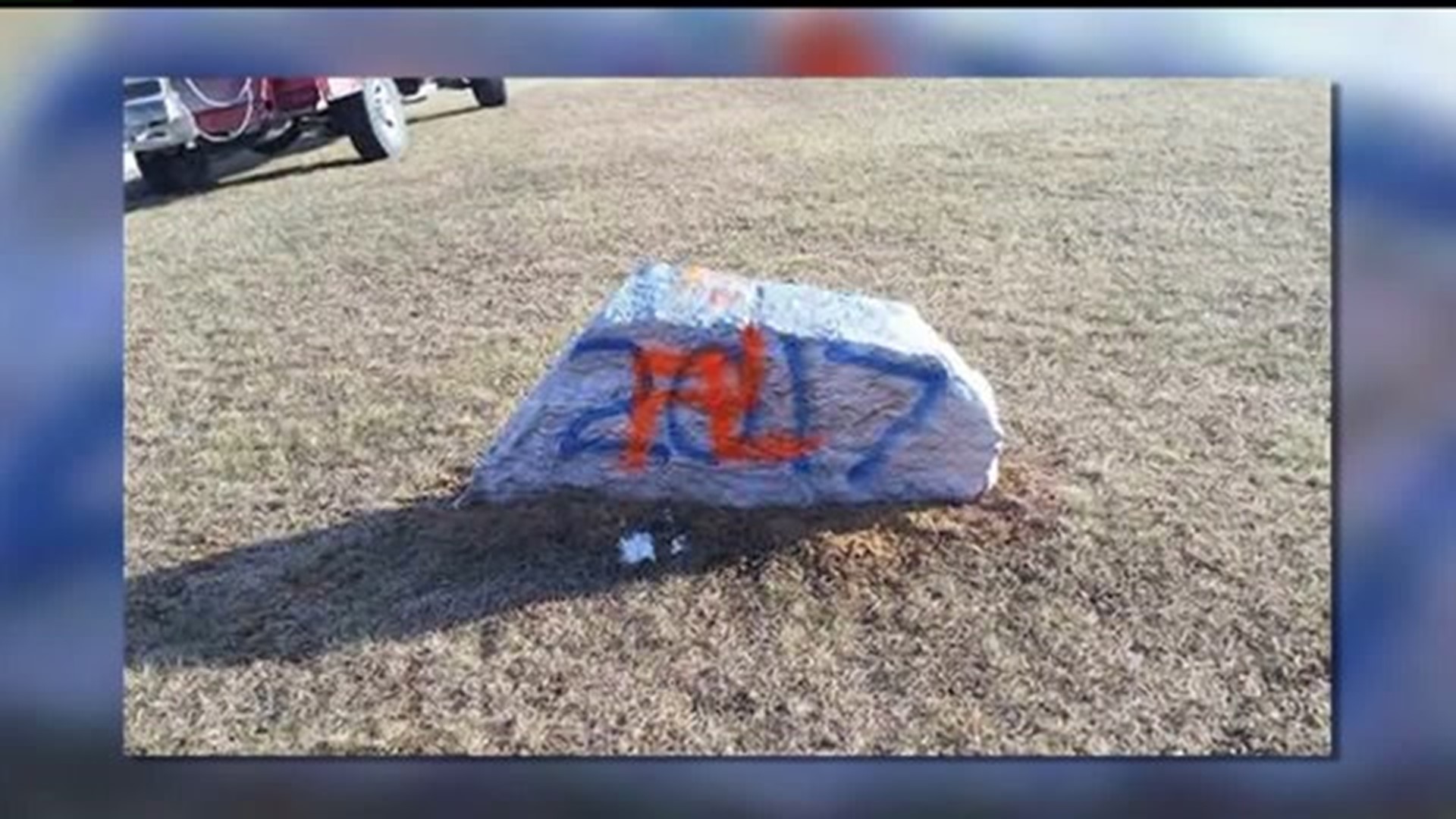 SHIPPENSBURG, CUMBERLAND COUNTY, Pa. -- A swastika was painted on a rock which on any given day would typically portray the school's spirit.

The spirit rocks have since been painted over, but earlier today, people in Shippensburg sent photos of the rocks with swastikas painted on them. Some community members are upset and say there is a greater dialogue to be had about the vandalism.

The rocks are usually seen as symbols of love and celebration at Shippensburg Area Senior High School, but they were defaced with swastikas according to school officials.

"I've been on the board for over a year, and we've never had to handle any kind of situation like this,” says Hunter Merideth, a school board member who has lived in Shippensburg for 18 years.

"This is just an incident that has occurred, and I don't think it's representative of our community at all,” Merideth adds.

The school quickly cleared up the vandalism.

Word of it, though, traveled fast throughout the community, taking off on Facebook.

"My phone just got blown up with notifications from people saying this incident happened,” Merideth states.

Neysa Thomas has a child who goes to Shippensburg Area School District.

"As a parent, well, more important as a Jewish parent, that absolutely felt like somebody punched me in the stomach. It made my head spin, and I think all day I've kind of been in a fog,” says Thomas.

She isn’t sure if the vandals understand what swastikas mean.

As a Jewish woman, Thomas feels it’s important for whoever vandalized the rocks to understand the symbols meaning and to create a dialogue with students.

"I'd be happy to come in and speak with kids throughout the district and explain how this effected my family,” she says. “It's more than just a textbook story. People are still living that are attached to this."

Community members say it’s a tradition for the rocks to be painted on by sports teams and graduating classes or to remember students who have passed away -- but not for something like this.

"I think the positive note to come out of it is the way the community has responded- that they are outraged, and this is not something the Shippensburg community has accepted in any way,” adds Merideth.

The superintendent says the district is not accepting it either and is considering it a hate crime and an act of vandalism. School officials reported the incident to Shippensburg Police.