MANCHESTER TWP., Pa. – A suspect who fled the scene of a traffic stop, dragging a Pennsylvania State Police trooper more than a quarter-mile on an interst... 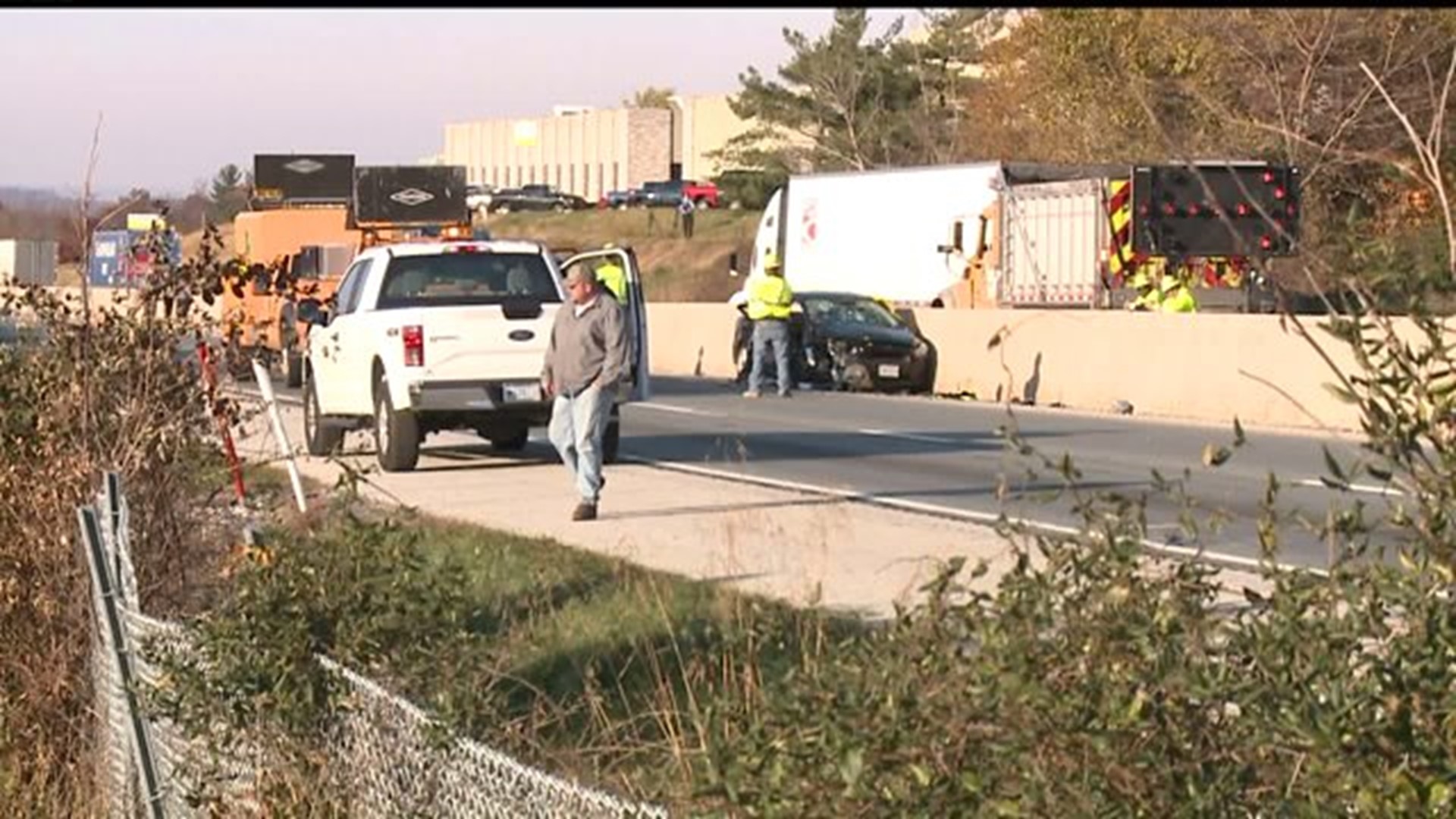 MANCHESTER TWP., Pa. - A suspect who fled the scene of a traffic stop, dragging a Pennsylvania State Police trooper more than a quarter-mile on an interstate highway, died Tuesday after the officer shot him while the suspect's vehicle was in motion.

The trooper suffered injuries that were described as not life-threatening in an incident that shut down the southbound lanes of Interstate 83 for more than five hours Tuesday afternoon. He was treated and released, according to the State Police.

It all started around 1:15 p.m. Tuesday in the southbound lanes north of the Emigsville exit at mile marker 24, when the trooper initiated a traffic stop on a black Ford sedan with Virginia license plates.

As the trooped approached the car on the driver's side, the suspect took off, entangling the trooper and dragging him for about three-tenths of a mile, according to State Police Corporal Ryan Lawrence.

"The actor was attempting to smash the trooper's body against the center median," Lawrence said.

While the vehicle was in motion, the trooper reportedly tried to activate his Taser, but after it would not work, he pulled his gun and fired multiple rounds at the suspect, killing him.

"The shots were fired to stop the vehicle," Lawrence explained.

The suspect's vehicle also hit a commercial truck before coming to a stop in the middle shoulder. The driver of that truck was not injured.

Lawrence would not elaborate on the identity of the trooper other than to say he is based in the York barracks. Police say the trooper is fortunate that he wasn't more seriously injured.

"He's a highly trained trooper and he did exactly what he needed to do," Lawrence said. "He's out here to protect the public and I'm absolutely glad and happy for he and his family as well as the state police family that we're not investigating the death of a Pennsylvania state trooper today."

The southbound lanes of Interstate 83 re-opened around 7 p.m., more than five hours after the incident.