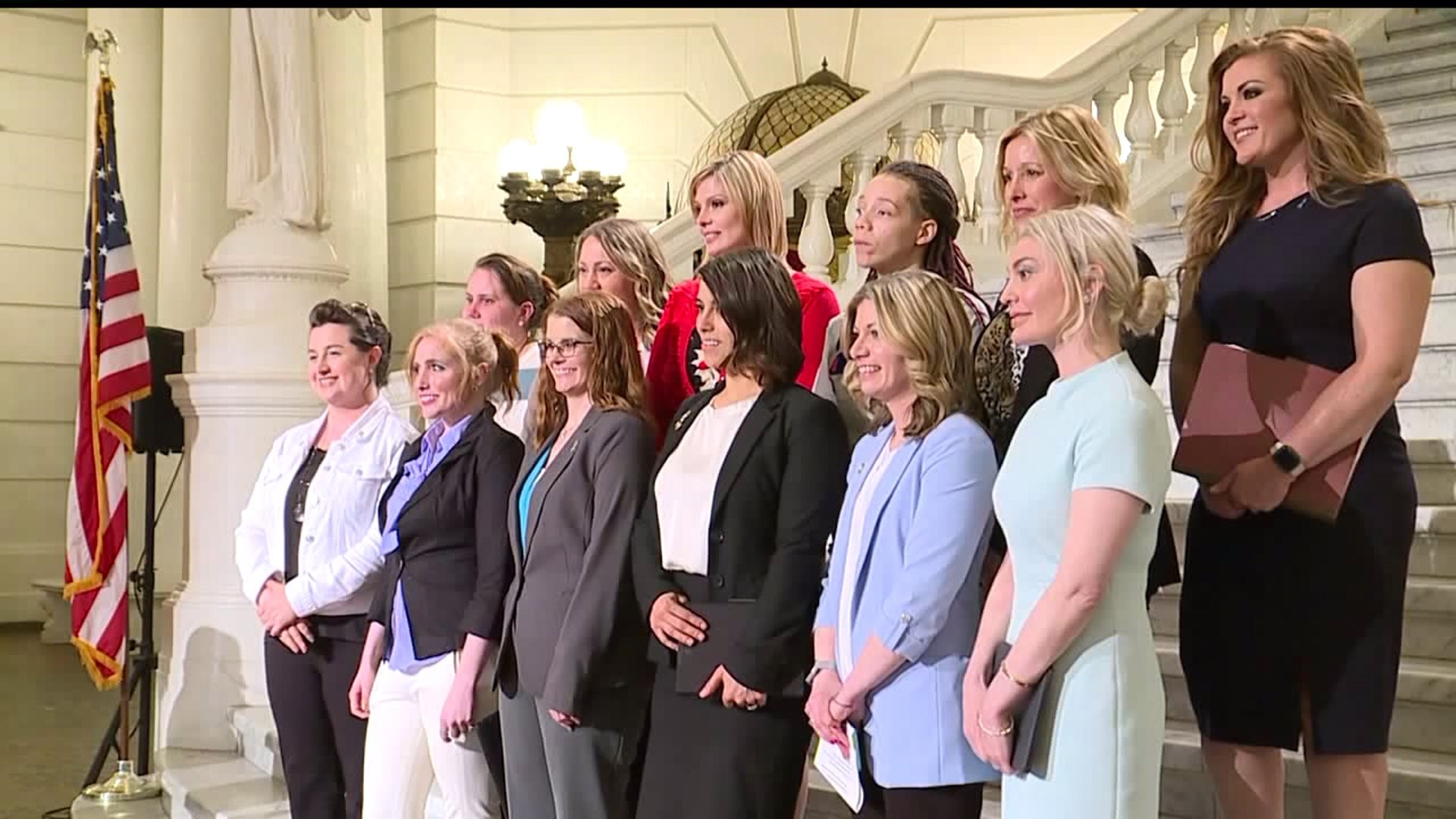 On Wednesday, a new lawsuit claims further damage by Barto and his employers: Conemaugh Health and Laurel Pediatrics of Johnstown.

Five anonymous victims, three adult women and a boy and girl, say they were all abused by Barto as minors in separate lawsuits.

The lawsuits say in multiple instances, victim families reported alleged misconduct by Barto to management, with no further action taken.

Ten survivors of abuse by Barto rallied at the state Capitol Wednesday afternoon to support the victims filing the lawsuit.

“While civil justice will not undo the pain caused by Dr. Barto, it will show the medical agencies in Pennsylvania that the children of our commonwealth are more important than the protection of their doctors," said Amanda Dorich, who said she was abused by Barto at the age of 10 during a visit for an asthma attack.

The group of survivors also put their voices behind Senate Bill 540.

The bill seeks to eliminate the criminal and civil statute of limitations in Pennsylvania for both individuals and institutions while also allowing a two-year civil window for those who feel outside of the current statute.

It also proposes a six-month delay to allow institutions to prepare victim funds.

“Now is the time to fix it. Put survivors first. Do not wait any longer, we have waiting long enough," said Jennifer Goetz, who said she was abused between the age of 8 and 9 by Barto during a visit for strep throat.

All but one of the survivors rallying on Wednesday fell outside the current civil and criminal statute of limitations in Pennsylvania.

“I was fortunate enough to fall within the statute. But what makes my experience of being molested any more valid than any of my brothers or sisters? This happened to all of us and we all deserve a chance to seek our peace," said Sarah Neelan, who said she was also abused by Barto.

A House Bill, HB 963, proposes a constitutional amendment allowing for the retroactive window.

It would have to pass two consecutive legislative session and a ballot referendum vote, which would be in 2021, at the earliest.

State Senator Katie Muth (D-Montgomery), who said she is a rape survivor, said Senate Bill 540 is the "gold standard for victims" because if passed, it would bring reforms immediately.

“Every day that we wait, there’s someone else who is suffering and being harmed…they’ve suffered enough,” said Muth.

Both the senate and house bill are in judiciary committees awaiting a hearing.

Muth said she hopes to get a hearing on Senate Bill 540 in June when legislators return.

She admitted it might be considered more realistic to aim for a hearing this fall.