CONEWAGO TOWNSHIP, YORK COUNTY, Pa. — Victims who say they were taken advantage of by a York County cemetery shared testimonies before the House Republica... 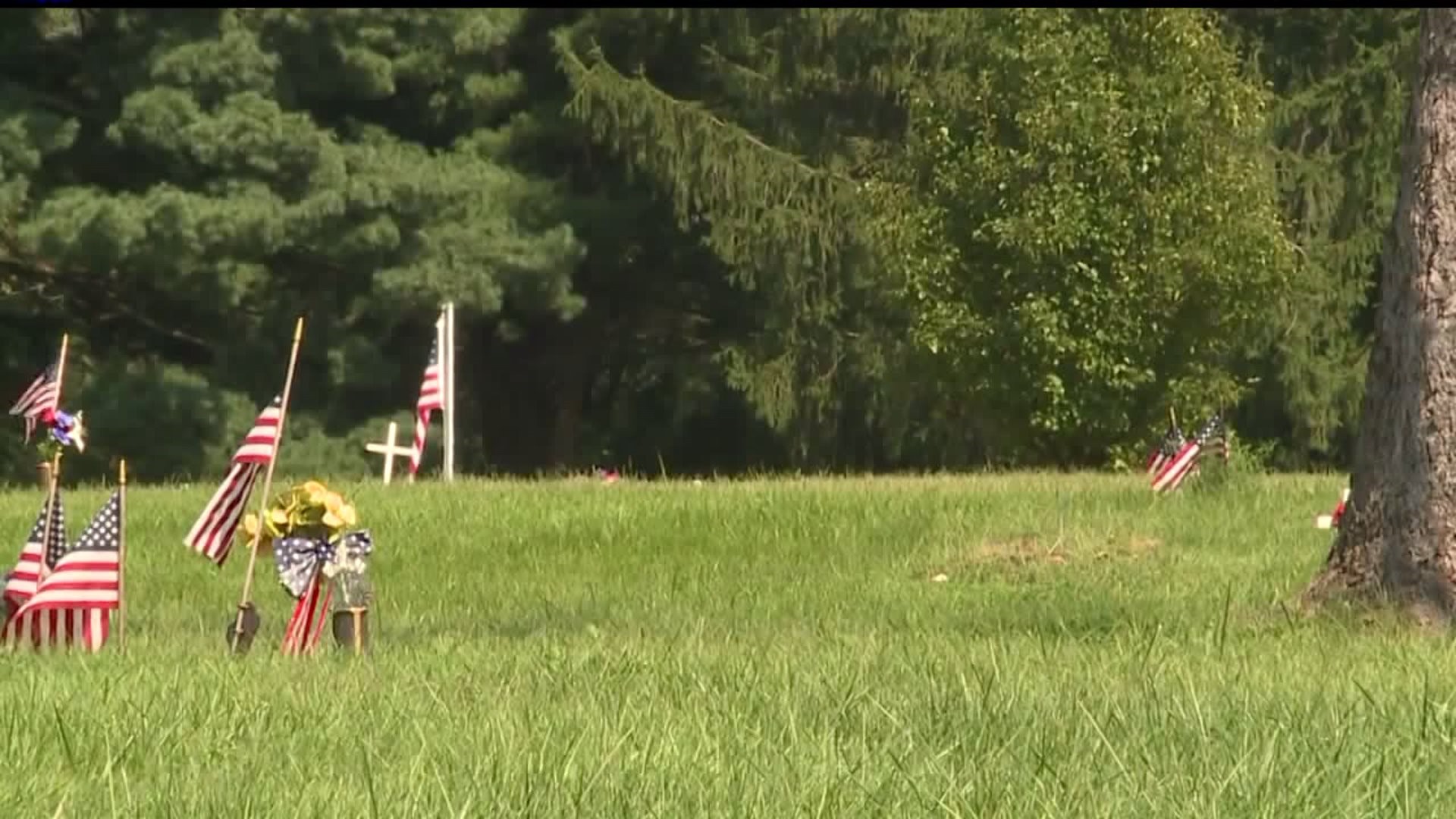 CONEWAGO TOWNSHIP, YORK COUNTY, Pa. -- Victims who say they were taken advantage of by a York County cemetery shared testimonies before the House Republican Policy Committee on Wednesday.

Police say the owners of Suburban Memorial Gardens Cemetery in Conewago Township defrauded customers out of thousands of dollars.

Vickie Snyder of York County is one dozens deceived by the owners of Suburban Memorial Gardens Cemetery in Conewago Township.

At the hearing, she and other victims shared their testimonies with lawmakers, looking to take legislative action.

Similar to other victims accounts, Snyder says she and her husband agreed to buy a headstone for her son who died in a motorcycle accident, however it was never placed on his gravesite.

“When we met with the Martins, he said if we wrote him out a check right then and there that he would take six thousand dollars as payment in full," said Vickie Snyder, victim.

“We needed a place to go and just visit and mourn and we had nothing. Every mothers nightmare is what it was," she added.

“When I arrived at the cemetery the grass was overgrown, the trash was overflowing and my heart was broken as the final resting place for my parents was no longer a peaceful place," said Annette Fisher, victim.

According to officials, the cemetery’s registration expired in January of 2016.

Something Jack Sommer, owner of Prospect Hill Cemetery in York County says should be monitored.

“Cemeteries don’t go out of business so if a cemeteries registration is not renewed it would be my argument that should automatically trigger a field investigation," said Sommer.

“These people not only didn’t get their services, but they were extorted money  on multiple occasions for different steps along the way such as perpetual care, a headstone that was supposed to be placed on a gravesite in honor of their loved one," said  Kerry Benninghoff, chairman of the House Republican Policy Committee.

“We do believe there are some things we could probably address in our current statute or new legislation and I wanted a variety of our members from different area in the commonwealth to be able to hear this testimony first hand," he added.

Owners Arminda Martin and Theodore Martin of Suburban Memorial Gardens Cemetery are currently being held at a Ohio prison for similar cases at two cemeteries they owned there.

They are currently awaiting trial in Pennsylvania.