Students come out to Dickinson College for debate watch party 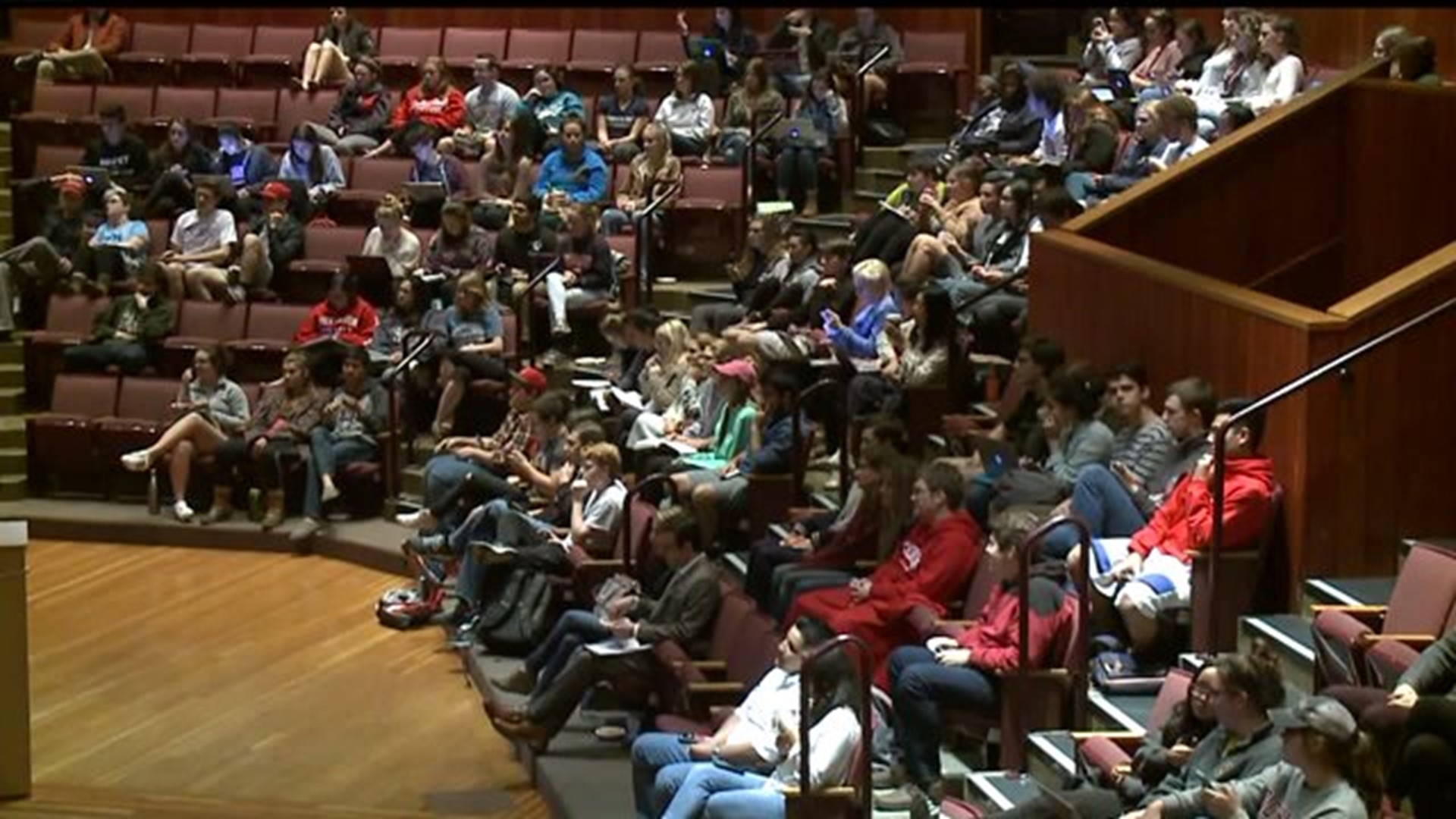 Dozens of students came out to watch. They were eager to hear what the presidential nominees had to say.

Mitchell Snyder, a treasurer for Dickinson College Republicans, said, "We get bogged up in a lot of he said, she said, or this email said this or this person did this. I really want to know what they're doing for the American people and for people to evaluate what their policies are going to have as an effect on them."

The presidential debate was a town hall style and people asked the nominees questions. Students from both sides of the political spectrum are weighing in.

Philip Morabito, president of Dickinson College Democrats, said, "In this debate I'm looking to see how Hillary Clinton speaks to voters and the message that she sends and how I can take that message and share that with different students on campus."

But Trump supporters said it's more important to focus on what Trump does than what he says.

Snyder said, "Definitely like for them to hear Mr. Trump's policies on the economic policies, on the economic position, on foreign affairs, on trade. On many issues that frankly our current administration hasn't been doing a good job on."

A political science professor said most peoples' minds are made up when it comes to who they are voting for, but this is still a good opportunity for students.

David O'Connell, an assistant professor of American politics, said, "We are going to hear the candidates talk about their opinions and ideas when it comes to key challenges facing America and the future. So they can learn from that too."

And with the election less than a month away, students said it's important to get as much information as possible from both candidates.

Morabito said,"I would love for them to see a little bit more about each candidate and learn more about what candidate has to offer for them so they can make an educated choice when they go to the voting booth."

The next debate will be held on October 19th in at the University of Nevada in Las Vegas.