LANCASTER, Pa. –A team of medical professionals at a hospital in Lancaster County are making a big difference in stroke victims lives. Lancaster General H... 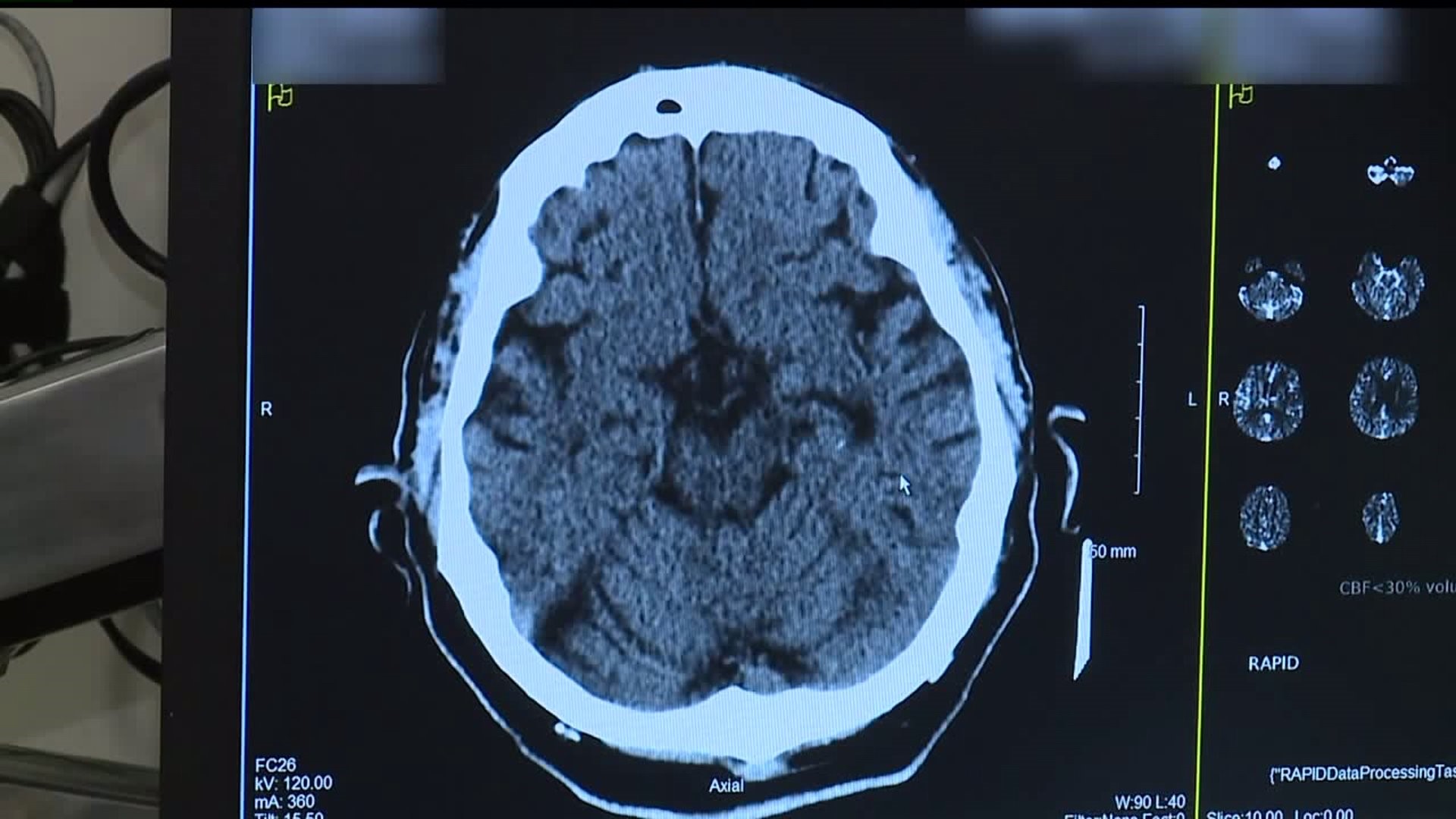 LANCASTER, Pa. --A team of medical professionals at a hospital in Lancaster County are making a big difference in stroke victims lives.

Lancaster General Hospital is the only hospital in the county that offers a procedure to remove large blood clots in the brain.

Within minutes of having a stroke, brain cells begin to die, potentially causing serious long-term disabilities, like memory loss, vision problems, even paralysis. At LGH, that procedure can quite literally reverse the effects.

One man believes it saved his life.

"There are two people who are the reason I'm here," said Terry Longacre, retired Manor Township Police Officer. "The doctor and my wife, who is smart enough to see I was having a stroke."

He had no idea what hit him last fall.

"I didn't know I was having a stroke. I had no idea," explained Longacre,

"It attacks your brain. There is no pain to it," explained Dr. Ram Chavali.

Dr. Ram Chavali is the doctor who saved Terry's life.

He is a big part of Lancaster General Health's stroke care team, where mechanical thrombectomy made that miracle possible.

Specially-trained doctors like Chavali insert a catheter into the groin  and send a wire-caged device called a stent retriever to the site of the blocked vessel in the brain.

That retrieves the blood clot and restores blood flow to the brain.

"It is complicated so a small community hospital won't be able to do this," explained Dr. Murray Flaster.

"You got to have the right people in the right spot, and we do, here at Lancaster General, we have it," said Longacre.

Without the procedure, Terry would be a different man.

"You wouldn't be able to express yourself or even understand what anyone else was understanding," stated Dr. Chavali.

If you know terry, you know just how important that is.

Since bringing the procedure to LGH last fall, doctors have treated nearly 40 stroke patients which they say is more than ever expected.

They hope to train more professionals on it in the coming months.