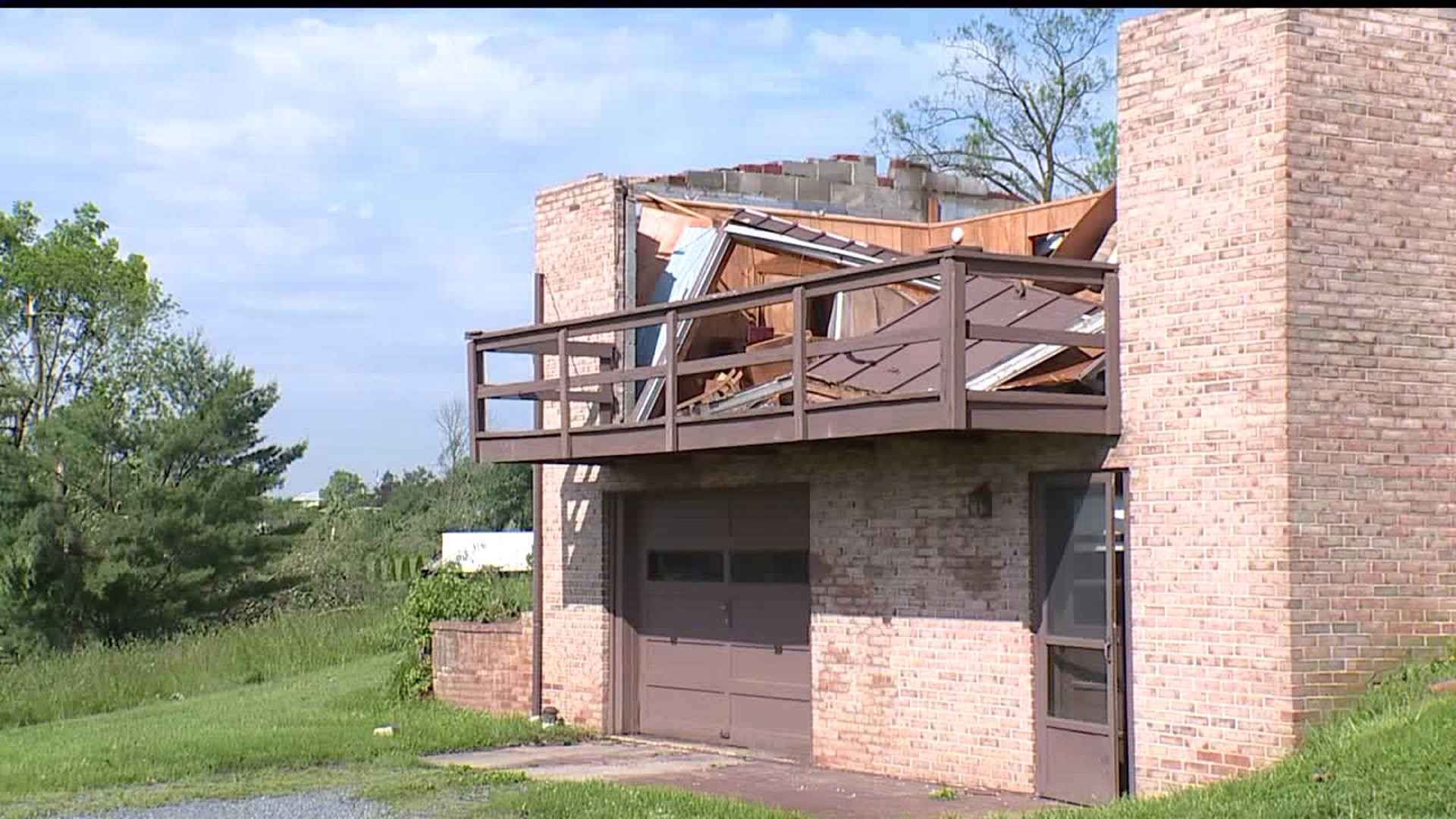 Neighbors on Kline Road in West Cocalico Township pulled together Monday afternoon to cleanup the mess.

"A lot of homes here that are going to be completely gutted... water damage cause the roofs are off them," explained Steve Leed, a neighbor on Kline Road.

"We were watching the clouds, and I said, 'Everybody head to the basement!' and we were in the basement. There were trees all over breaking and stuff," said Dale Martin, a neighbor.

"I was sleeping. I woke up. It was so loud, and said, 'hey, we're getting a heck of a storm here!' I ran to the kitchen window, as soon as I did that, the roof on this is 105 Kline Road went straight up in the air!" added Leed.
That elderly couple's home is destroyed.
"He's 94, 95 and she's 89, so at that age, they were shook, she was almost in shock, I think," explained Leed. "They had cuts and bruises and stuff, got them out of the house. It's pouring down rain. It's still lightning and stuff, got them in the basement."
Elsewhere, the severe weather smashed windows, took down giant trees, and left memories scattered amid the debris.
"We're all trying to pull together and support one another and just help each other out, as best we can," said Carol Nolt, a neighbor. "My heart goes out to the people whose homes are much more damaged."
"It's going to be a long time before it gets back to normal here; it's not going to be an instant thing," said Leed.
We don't yet know the extent of the elderly couple's injuries.
Mennonite Disaster Service sent volunteers to Kline Road to lend their hands free of charge for those people impacted by the storms.