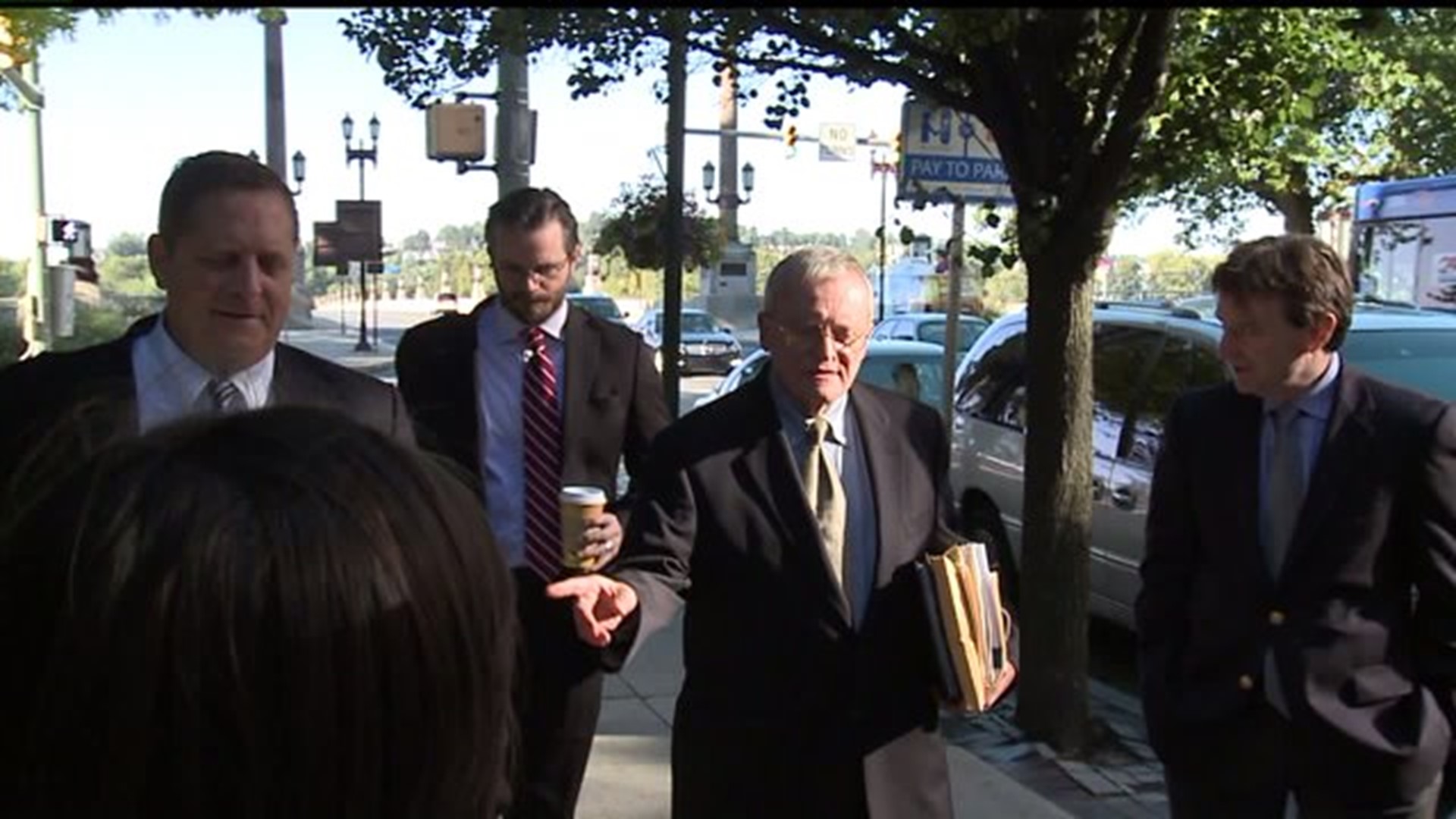 HARRISBURG, Pa. -- Former Harrisburg Mayor Stephen Reed appeared in Dauphin County court Monday, where members of the Pennsylvania Attorney General's office are trying to convince a Columbia County judge there is enough evidence to send a case which includes accusations against Reed of bribery, theft, and corruption to trial.

Closing arguments in the preliminary hearing will take place Tuesday at 9:00 a.m., to be followed presumably by Judge Richard Cashman deciding there is enough probable cause in the prosecutions argument to send the case to trial, or a decision that all charges against Reed will be dropped.

Reed was charged with 499 criminal counts in July, which was amended to 485 counts at Monday's preliminary hearing.

Special Agent Craig LeCadre worked as the lead investigator against Reed for the Attorney General's office. He was the first of three witnesses for the prosecution, and answered questions for close to four hours Monday relating to Reed's storage facilities where he kept hundreds of artifacts, as well as where Reed allegedly received money to pay for those artifacts.

LeCadre testified most of the artifacts, which the Attorney General's Office claims totals around 10,000, were found in either his residence or the basement of the old Polyclinic Hospital on North 3rd Street in Harrisburg. LeCadre described the basement storage like "a hoarder on steroids," with many of the artifacts waterlogged.

"It was not a positive place," LeCadre described. "It was very musty."

LeCadre also described Reed's Harrisburg home with "every room, jam packed, floor to ceiling, front to back with artifacts."

Clarke Madden of the Attorney General's Office described dozens of documents with LeCadre, which he purports to show millions of dollars earmarked for the Harrisburg School District, Harrisburg Parking Authority, and Harrisburg Senators baseball club used instead to purchase artifacts under the city of Harrisburg's dime, which were then stolen by the former mayor.

In a heated exchange, Hockeimer questioned LeCadre, "Can you discount there might be more than one vampire hunters kit?" LeCadre, animated, responded, "I don't even know if vampires even exist!"

Reed did not speak with reporters after seven hours inside the courthouse, only saying "I'm ready to burst" to discuss the charges against him.