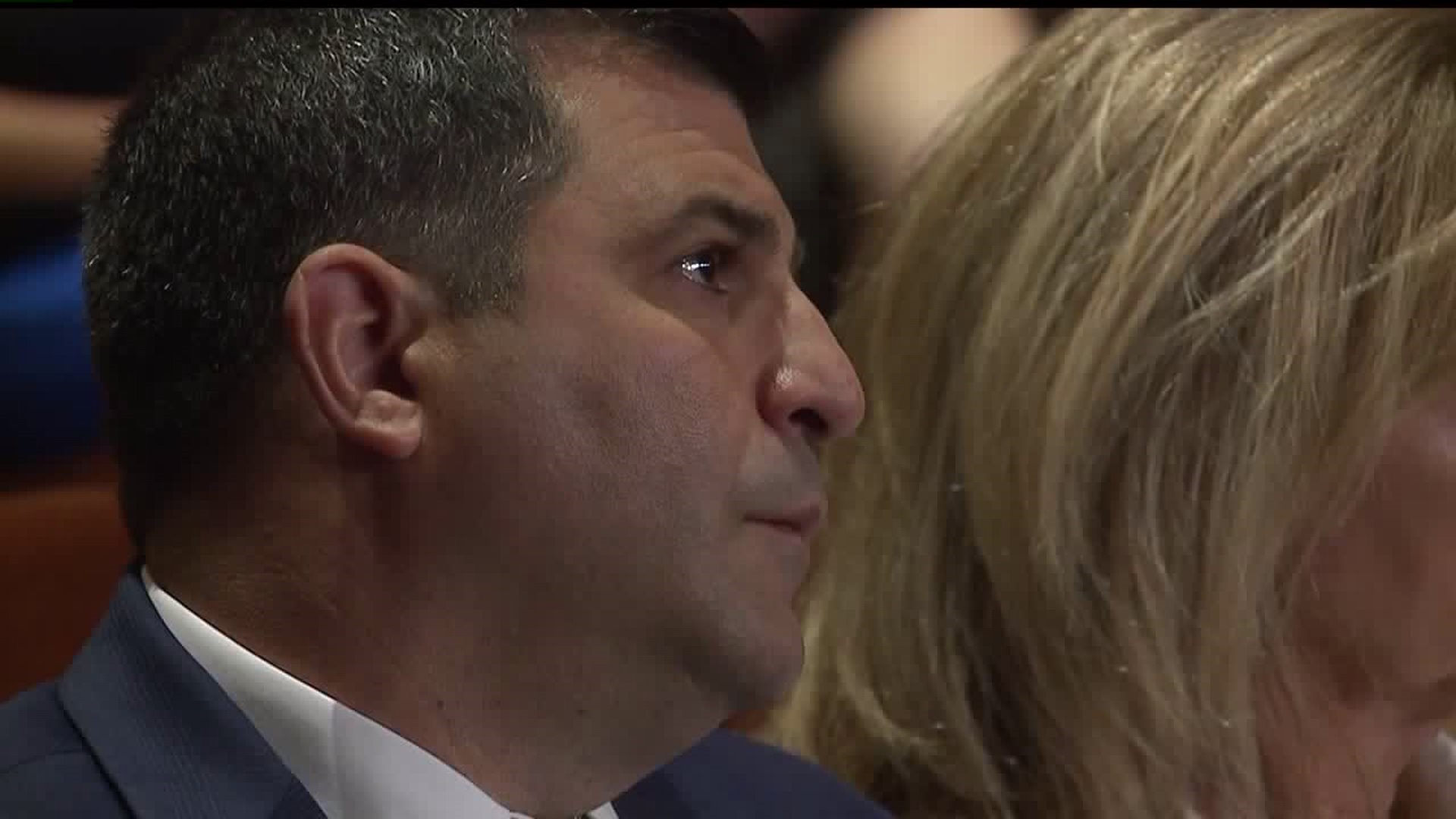 "I understand the need to hold people accountable," said Mark Chopko, Chair of Nonprofit and Religious Organizations. "But I think the process of litigation is not really an incident that will contribute to healing and reconciliation."

Chopko told the Senate Judiciary Committee that opening a window for child sex abuse victims to file civil and criminal lawsuits against their abusers will have detrimental impacts on charitable organizations like the Catholic Church.

"If for some reason a diocese goes bankrupt or they have to eliminate 20 percent of their workforce, so be it," said State Rep. Mark Rozzi. "Victims are out there suffering every single day."

Rozzi, a victim of child sex abuse by a priest in the Diocese of Allentown, has been fighting to eliminate the time frame a victim has to file a criminal lawsuit, and allow victims until they are at least 55-years-old to file a civil suit. He's been working with Senate Leadership to figure out a way to get statute of limitations reform passed. He's now supporting a constitutional amendment, which would put reform into the hands of voters.

"We have to respect him as a survivor," said Marci Hamilton, Child USA CEO. "But, I do not respect his political instincts on this."

Hamilton does not agree with a constitutional amendment, saying it's a long, drawn out process that forces victims to wait another 2-3 years.

"No other state in the country has come up with a concept of telling the victims, 'sure, you can get justice if you get yourself a constitutional amendment,'" said Hamilton.

The Senate Judiciary Committee will now review hearing testimony before deciding the next steps to take.