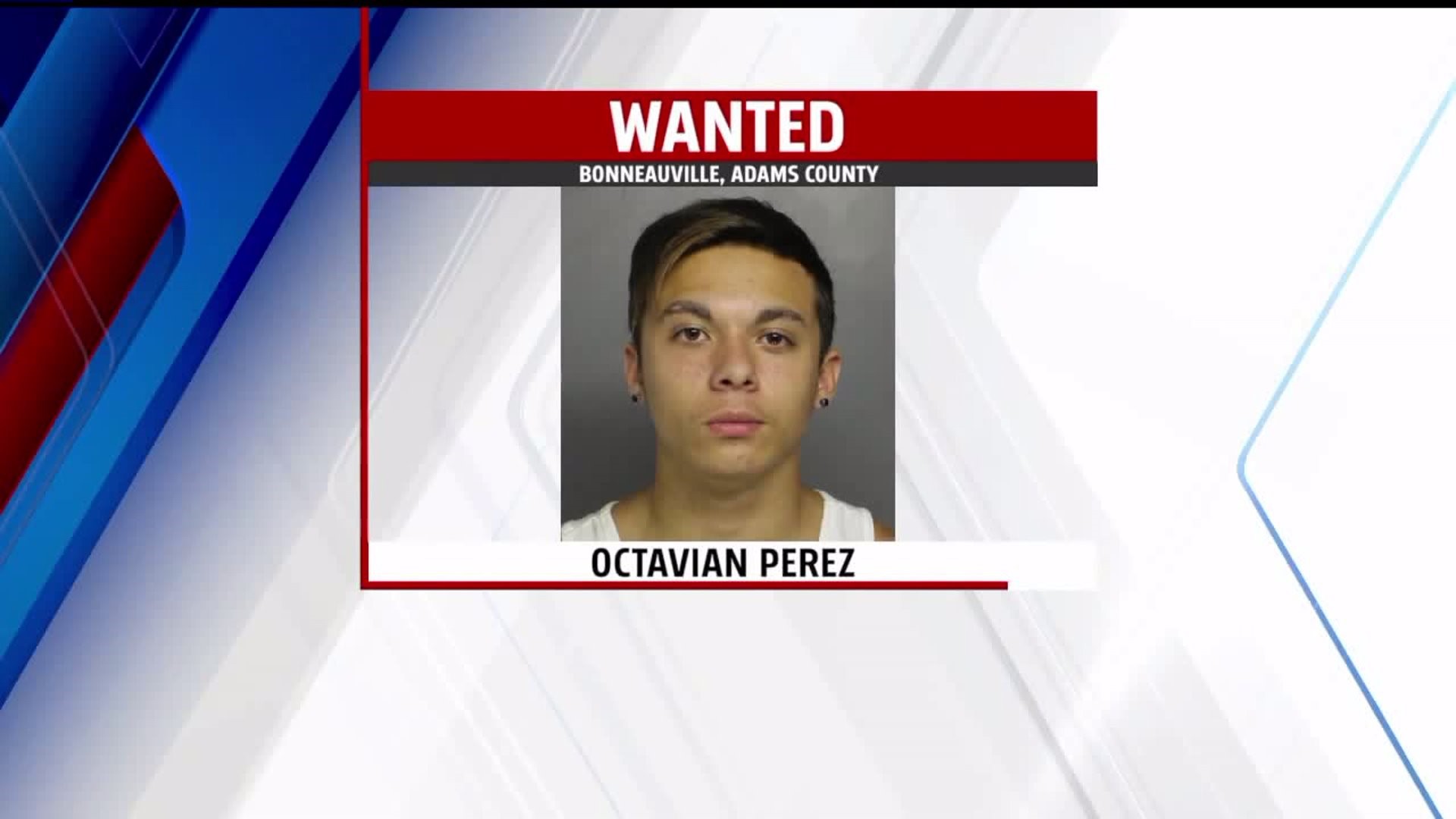 Octavian Perez, 16, is wanted on charges of criminal attempted homicide, aggravated assault, strangulation, and simple assault, among other related charges.

On August 5 around 2:00 a.m., police were dispatched to the 400 block of Dauberton drive in Mount Pleasant Township for a reported sexual assault.

Upon arrival, police spoke with the victim's father who said that the victim suffered petechial markings due to Perez allegedly smothering her with a pillow while demanding she touch his penis.

Police noted in the criminal complaint that the victim had markings on her head, neck, and shoulder area.

The victim told police that Perez allegedly approached her while she was sleeping with his genitals exposed, put a pillow over her face, and demanded that she touch his "privates."

She told police that she told Perez no multiple times, but he allegedly reached into her underwear and touched her buttocks.

The victim said that when she continued to tell Perez no, he allegedly smothered her face with a pillow, leaving her unable to breathe.

She told police that she went to "sleep," which is believed to be the time she became unconscious.

When she woke up in the morning, the victim said she could not hear, her legs hurt, and she said she had urinated in her bed, according to the criminal complaint.

Around 2:00 p.m. on August 5, a witness arrived at PSP Gettysburg barracks, and said that he was with Perez on August 4 at noon.

The witness told police that he was driving to Maryland with Perez when he appeared "distraught" and said that he had to tell him something.

According to the criminal complaint, Perez said he was "not a bad guy," but he believed he killed a five-year-old girl at a residence in Gettysburg.

Perez allegedly told the witness that he had choked the victim and believed he had killed her. He said he had been consuming alcohol earlier in the evening and was filled with anger.

UPDATE (August 6): Police are seeking a missing teenager who is believed to have caused severe bodily harm to a juvenile victim.

Octavian Perez, 16, was last seen on August 4 in Bonneauville Borough.

At first, he was thought to be a missing runaway.

After an investigation, police determined that Perez allegedly caused severe bodily harm to a juvenile victim.

There is an active arrest warrant for Perez on the charges of attempted criminal homicide.

PREVIOUSLY: State Police are attempting to locate a 16-year-old teen who has been missing since Sunday.

Anyone who has any information regarding his location is asked to contact the Pennsylvania State Police Gettysburg, Tpr. Hochberg, at 717-334-8111.