HARRISBURG, Pa. — With Election Day less than a month away, state lawmakers are attempting to make final changes to how Pennsylvania runs its election pro... 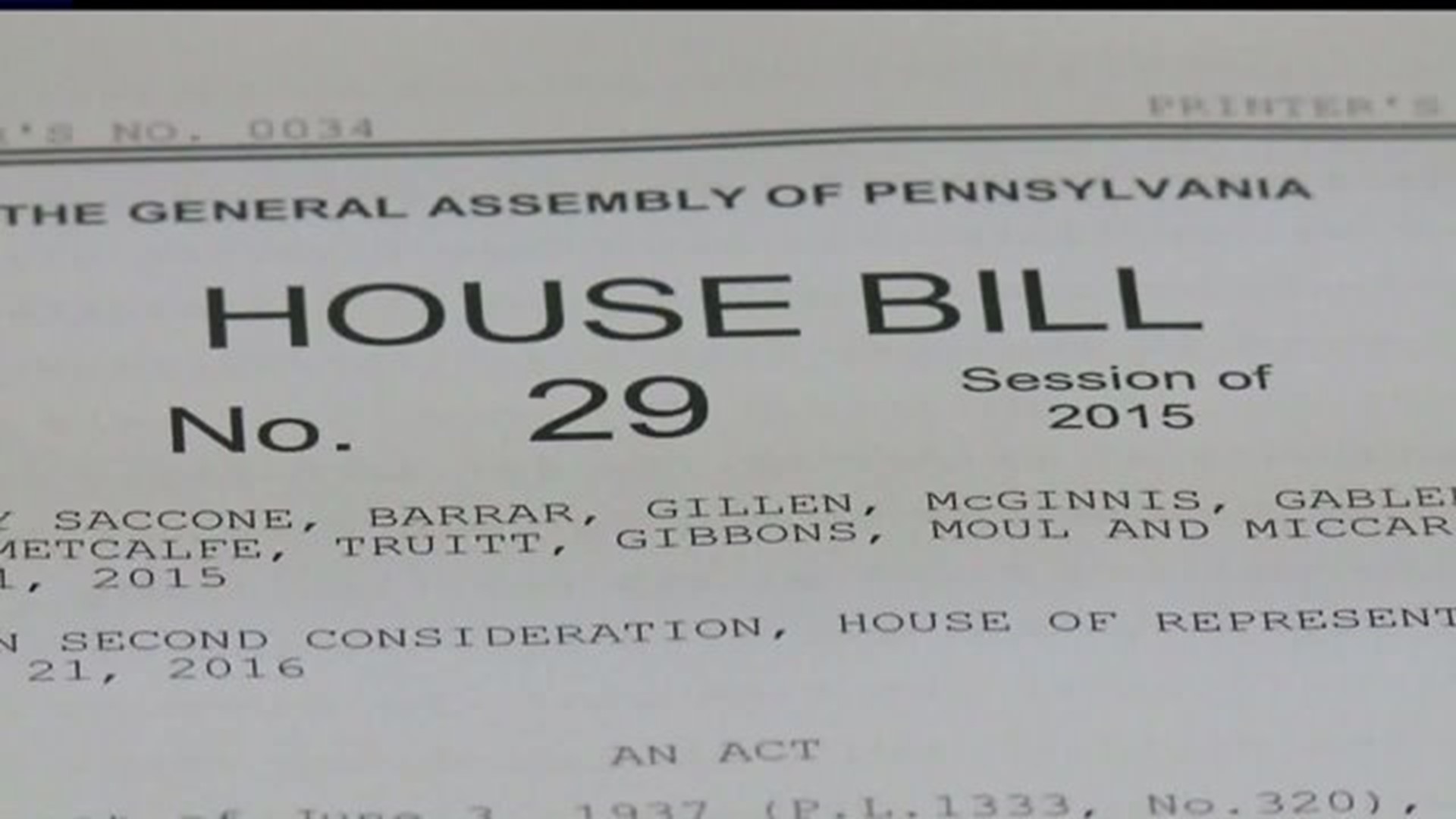 HARRISBURG, Pa. -- With Election Day less than a month away, state lawmakers are attempting to make final changes to how Pennsylvania runs its election process.

House Republicans are speeding up the process to pass House Bill 29, legislation which would allow poll watchers at any precinct in the state to come from any county in Pennsylvania. Current law states that poll watchers may only come from a person's home county.

This poses a problem, Republicans say, in areas where GOP voter turnout is small. State Representative Dan Moul (R-Adams) contends HB29 would make it easier for both parties, Democrats and Republicans, to staff volunteers at polling sites across the state.

"This can work both ways," Moul says. "Where we have such a consolidation of one party or the other, where it's hard to find a poll watcher from the minority party in a particular area to watch the poll."

A poll watcher is essentially a watchdog on a polling site. They have no authority, other than to help keep track of who has voted at a precinct, and make calls, if necessary, to voters who have yet to vote. Poll watchers also keep an eye out for potential voter fraud.

"I just want to make sure [elections] are fair and on the up and up so to speak," Moul said. "That there's no shenanigans going on from either party."

House Bill 29 is positioned for a final House vote once the fall session resumes Monday, October 17. Moul hopes the bill will face a vote immediately, so the Senate can explore the legislation. The plan, Rep. Moul says, is to have the bill on Governor Tom Wolf's desk prior to Election Day.

However, Gov. Wolf is opposed to the bill, fearing it would lead to voter intimidation.

"Through existing law, there are already enough stringent controls in place to ensure the integrity of elections in Pennsylvania," said Jeffrey Sheridan, press secretary for the governor.