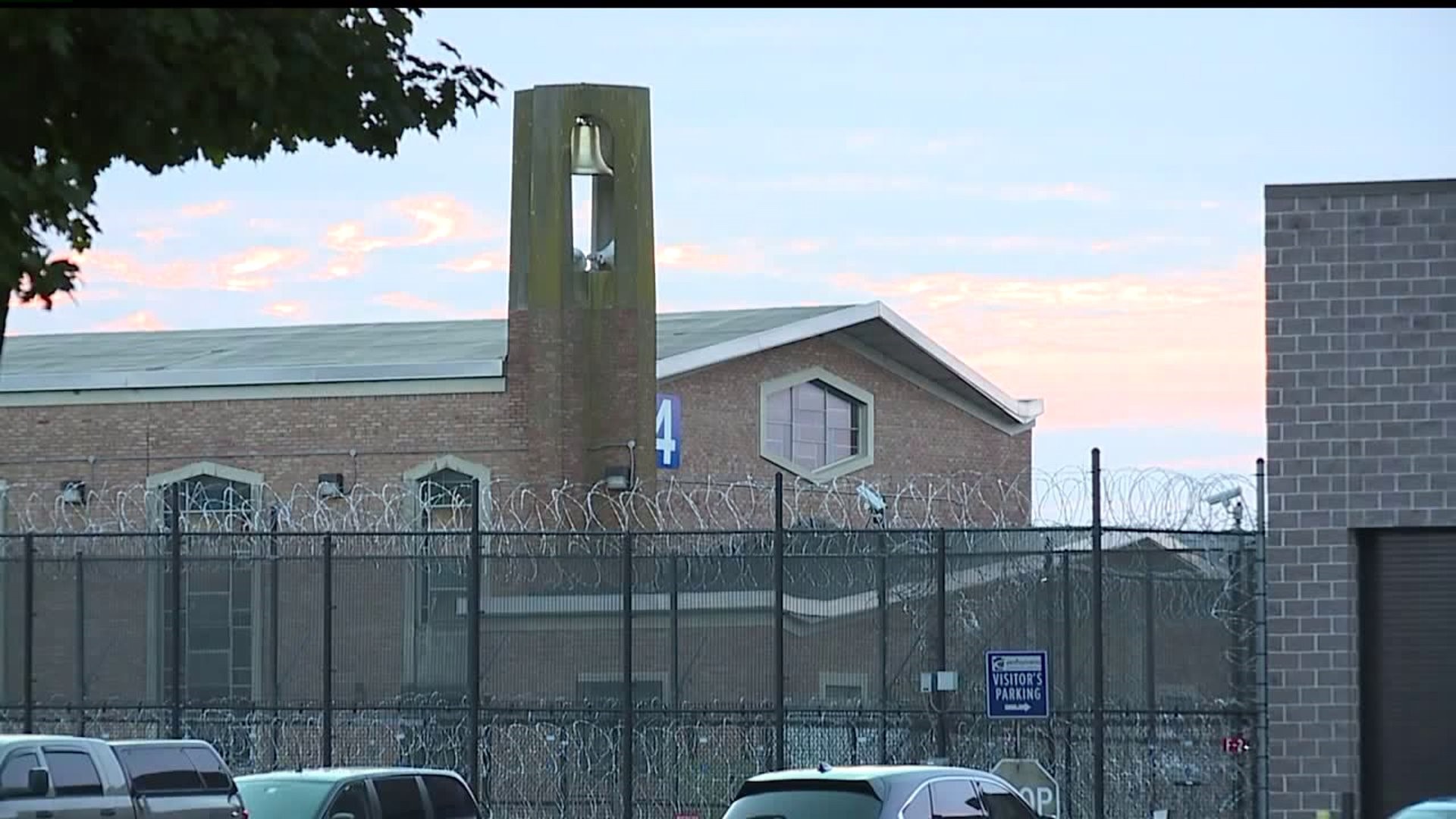 LOWER ALLEN TOWNSHIP, CUMBERLAND COUNTY, Pa. --  State correctional institutions throughout Pennsylvania are on lockdown. This comes after 29 employees reportedly got sick over the past few weeks because of an unknown substance.

Of those 29, two became ill at SCI Camp Hill. Officials with the department of corrections say all 29 are back to work. Workers reportedly only became sick after coming into contact with inmates or inmate property.

29 employees at 10 state prisons, including some nurses, commissary workers, and correctional officers, in Pennsylvania required treatment after coming into contact with an unknown substance. Officials say they reported headaches, dizziness, feeling generally 'off'.  Some had rapid heart rates. One employee threw up.

FOX43 asked officials with the department of corrections what it could be, and they say it could be a number of different drugs. Any substance which someone comes into contact with, they say, will be sent and tested at a Pennsylvania State Police lab. Results from those tests could take a while, though.

They've taken a few measures in the meantime - like mandating all employees wear gloves, no visitation during the lockdown, and inmates will not be able to receive non-legal mail.

We asked if the department has pursued every possibility of how a substance could be brought inside a state institution.

"We do know how the drugs get into the institution, through the visiting room, through the mailroom, and certainly, they are staff. We've had staff arrested for bringing drugs in, but we hope and believe there are a small percentage of our officers, and it's not just officers. It could also be just regular employees in our institutions as well, so we can't let a couple instances that employees were involved in ruin the reputation of the rest of our employees who are dedicated, and professional, and really are doing their best to protect public safety," said Susan McNaughton, a spokeswoman for the Pa. Dept. of Corrections.

During the lockdown, inmates will be locked inside their cell 24/7.

Besides the mandatory gloves, officials say they're working to bring x-ray technology, similar to that at airports, to all of the state prisons. They're also looking to see if they can have mail be copied by an outside agency so no illicit substances can make their way inside a prison.

This is the first state-wide lockdown in years, and right now, officials have no word on when it could end.