DALLASTOWN, Pa. — A final farewell for parents, alumni, and students of St. Joseph School in Dallastown, York County. The parish hosted a mass and open ho... 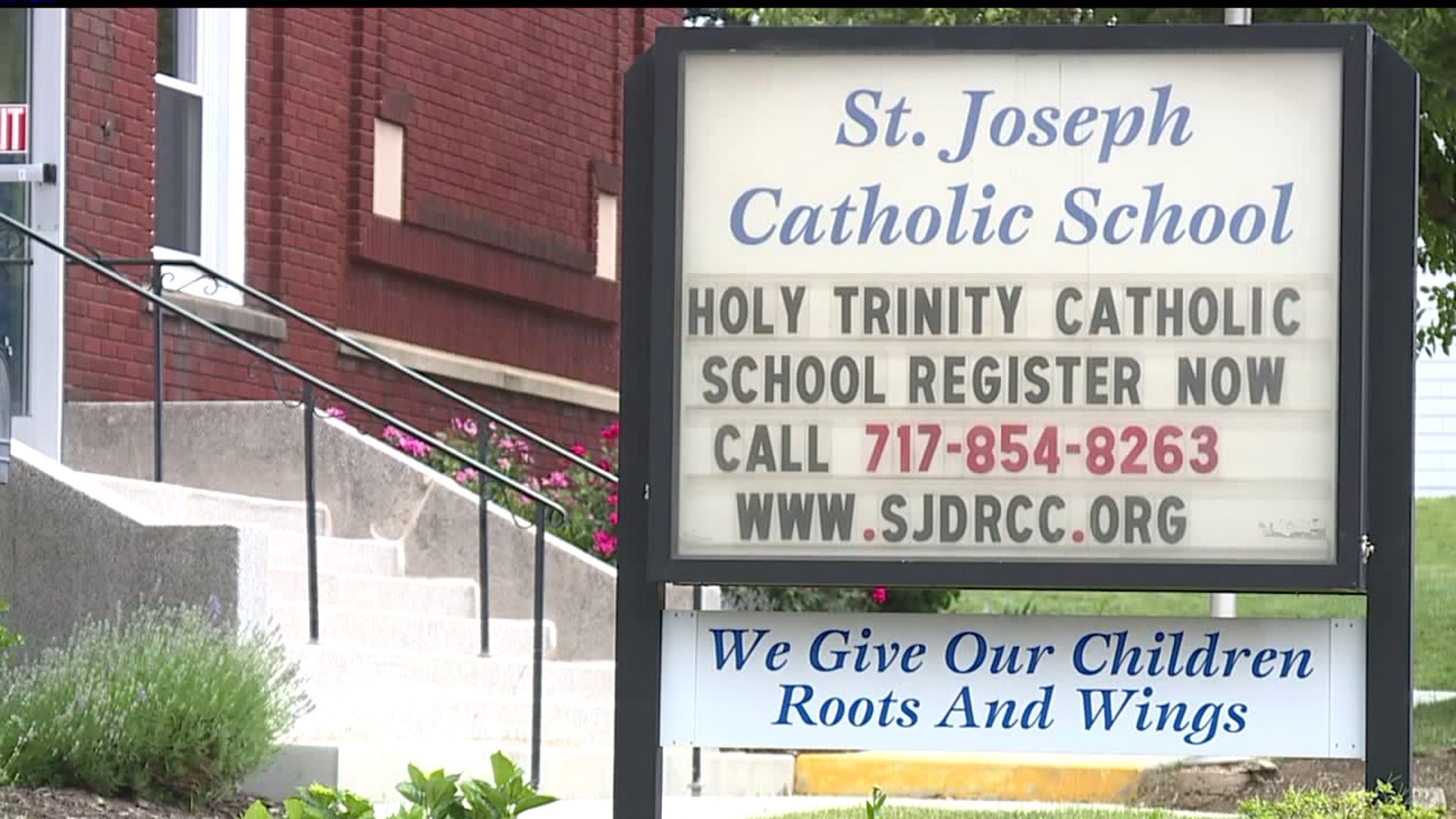 DALLASTOWN, Pa. -- A final farewell for parents, alumni, and students of St. Joseph School in Dallastown, York County. The parish hosted a mass and open house just one week before their doors close.

The classrooms were nearly empty, and with two and a half days left of school the reality was finally setting in.

"I think it's just I'll miss every day walking and dropping him off, picking him up" Christina Hersh, a parent and alumni said. "Seeing Mrs. Snyder. But we'll still see her. So that's great."

It's not just the end of the school year, but the end of St. Joseph's School in Dallastown. Low enrollment and not enough money led to the closing of their doors. The decision to close after 91 years, the school said, was a tough one.

"Well a lot of us and a lot our parishioners have a history here," Principal Peggy Snyder said. "I've been here since 1979. A lot of the alumni walking around here were in my first class. I taught third grade."

"Ya know, people have worked here 30 years," Deacon Dan Bernardy said. "Some of the people who were at school here came back as teachers. I mean you have that kind of community."

"Lots of things they can't offer here but overall it's still going to be a great experience and he's excited," Hersh said.

For many people, the final farewell brings not only mixed emotions, but much needed closure.

"The students that came out of here became everything that you would want your kids to be," Bernardy said. "And the most important thing is is the keeping of the faith. The mission was accomplished here."

Back when FOX43 first covered this story in November, we reported St. Rose of Lima in York was also in danger of closing. Principal Snyder said they will remain open  at least until next year.

Parents also have the option of sending their kids to St. Joseph's in York, or St. John the Baptist in New Freedom. No jobs were lost through the merger.