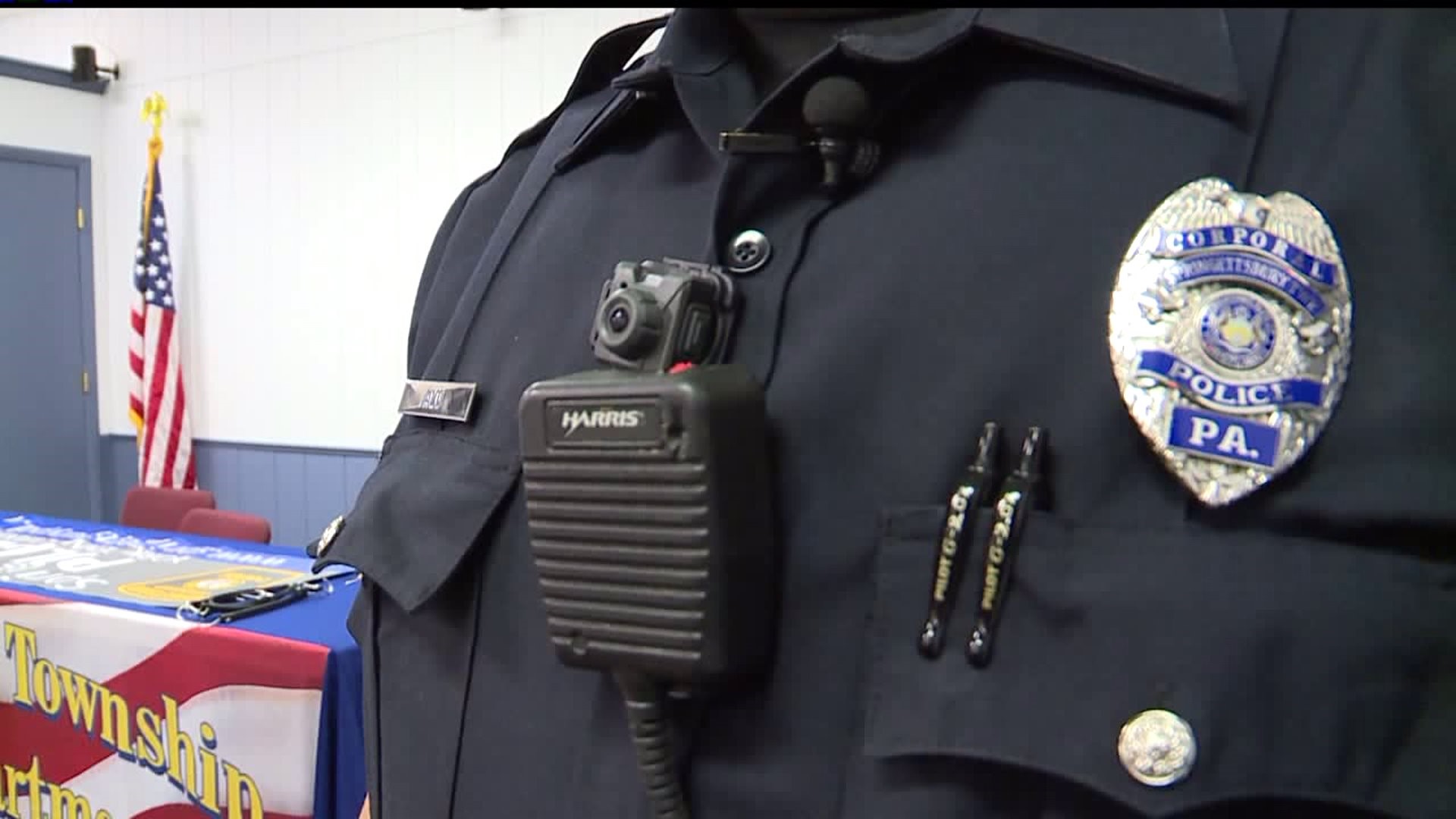 The Department said they’ve been looking into getting body cams for a few years, but that they were waiting for the wire tapping laws to change in PA. An attorney said while these are great tools to have, it could potentially cause some issues in court.

“Everyone else has a camera in their pocket or in their hands at all times,” Sgt. Brian Wilbur with Springettsbury Township Police, said. “Ya know, a video camera on their cell phone.”

So why not police? Sgt. Wilbur came in on his day off to show us how it works.

“If it's the type of call where they're just responding non-emergency, the officer has a button actually on the camera and also on his belt that he can start the recording,” Wilbur said.

Simple enough. The Department got enough cameras for all of their patrolmen and several of their detectives. The patrolmen wear them all the time.

“It’s another tool to hold us accountable but it also it holds the people we talk to accountable,” he said.

But the tool isn't always full-proof. Alan Green, an attorney at Blakey, Yost, Bupp and Rausch LLC said there could be problems if the video doesn't capture everything; which, it simply can't.

“Juries often times assume and give a lot of weight to video evidence,” Green said. “So now you're taking a piece of video tape that may not have caught everything and using that and saying that now the witness are actually not remembering it right."

As for the need to use these body cams -

“It doesn't upset me that we're at a place that we need to wear these,” Sgt. Wilbur said. “I’m kind of excited. It allows us to tell our side of the story for people to see the good things that our officers do on a daily basis."

“I think it's a difficult issue but overall I think the benefits of weight police body cameras outweigh the detriments,” Green said.

By law, the officers don't have to tell someone their being recorded, but under practical circumstances they will. In hopes that all parties will feel more inclined to act appropriately. The cost of each camera is $4,500.