HARRISBURG, Pa. — One of the City of Harrisburg’s most valuable resources is one of its most under utilized. Reservoir Park, sitting on top of the c... 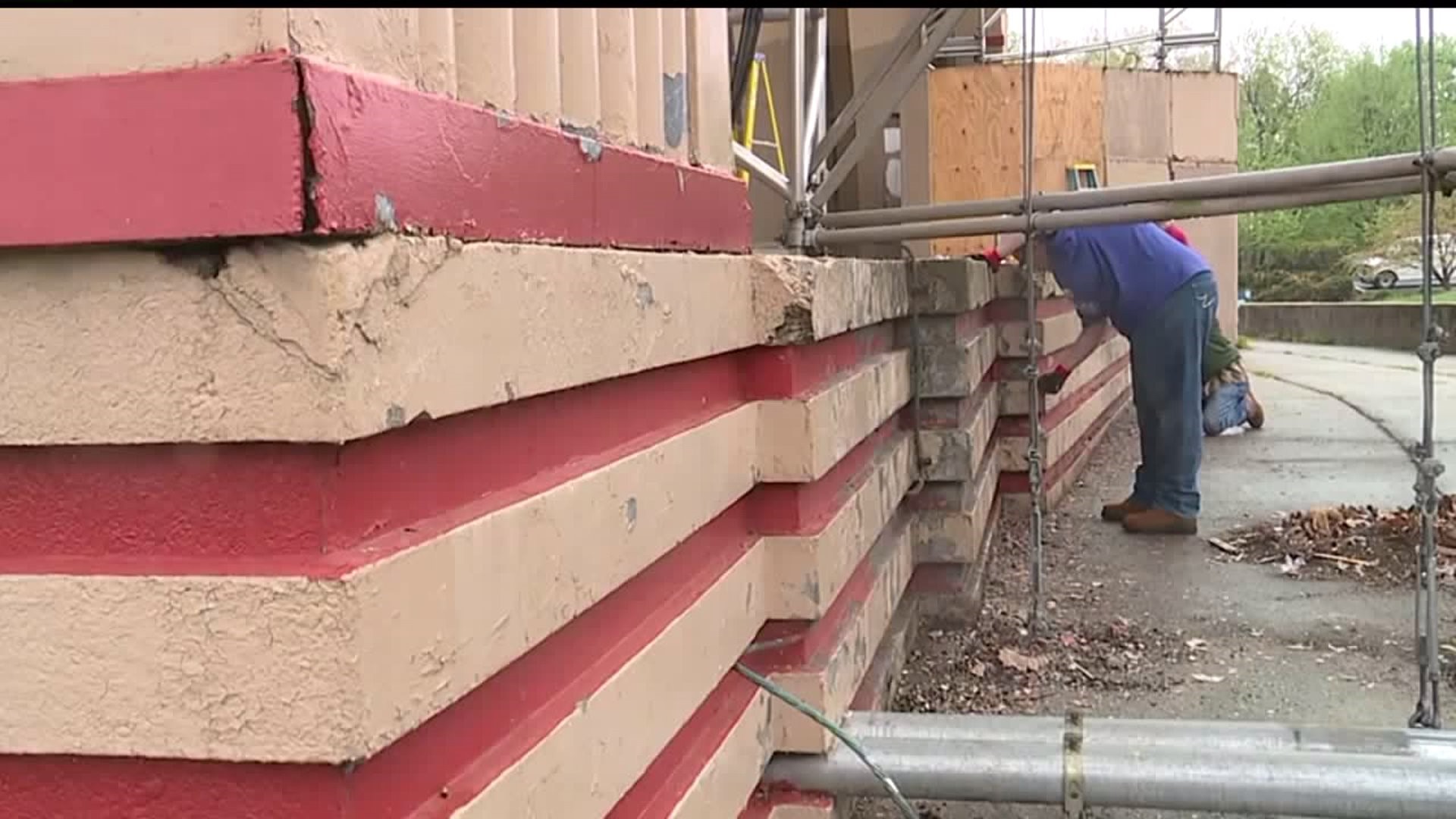 HARRISBURG, Pa. -- One of the City of Harrisburg's most valuable resources is one of its most under utilized.

Reservoir Park, sitting on top of the city's Allison Hill neighborhood, is kept clean every day. Currently, the band shell amphitheater is undergoing cosmetic renovations; a fresh paint job and a smoother exterior will make it more visually appealing for summer use.

However, Reservoir Park is confusing. It's not easy to walk around let alone drive around it. Often times, walkways are not connected, and in some cases, abruptly end in the middle of fields. Roads are a maze of one way streets and 'Do Not Enter' signs, making it confusing for drivers.

There is also a stigma attached to the park given its location. Allison Hill has grown a reputation over the years for crime, and nearby Reservoir Park has also seen numerous instances of vandalism in recent years.

"Crime is everywhere," says Kevin Sanders, Harrisburg's Parks and Recreation Director. "But when people are out and using everything, a lot of times it will deter people (from committing crime)."

The biggest challenge facing Sanders and other city officials is getting Harrisburg residents to use the park moving forward. It hasn't seen any large scale changes or redevelopments in years. Sanders wants that to change, which is why the city has held multiple public input meetings on the park's future, designed to come up with ideas on how to breathe new life into an untapped resource.

"You want the park to be used. It's not undervalued. Its underused," Sanders said.

FOX43 met with Sanders at Reservoir Park on Wednesday, ahead of the city's third of four public meetings on the park's redevelopment master plan. The final meeting, where the city plans to list all of the final ideas to attendees, is scheduled for Wednesday, July 19.

There's no shortage of ideas already being discussed on how to improve the park, Sanders says. The bandshell amphitheater, for example, is a major selling point, once repairs are complete. The Harrisburg Symphony is slated to play Reservoir Park for the first time, scheduling their popular Fourth of July concert for the park this summer.

"Outdoor amphitheaters are nice. You can have events every weekend," Sanders said.

Sanders also envisions better connectivity with walkways, making it easy for casual walkers to get around the park.

These projects could take years to complete and cost millions of dollars. Once approved, Sanders expects redevelopment to take place over two or three phases. Ideally, the city can partner with corporations to obtain grants. State and county grants are also options.

"The key for us is everybody has to buy in," Sanders said. "With the team approach, and not being independent, we can make this park better."