Spiritual sonogram offers local couple relief. What do you see?

CHAMBERSBURG, FRANKLIN CO. Pa– An expecting Franklin County couple saw an unexpected image in their baby’s sonogram. They say the clear image of a m... 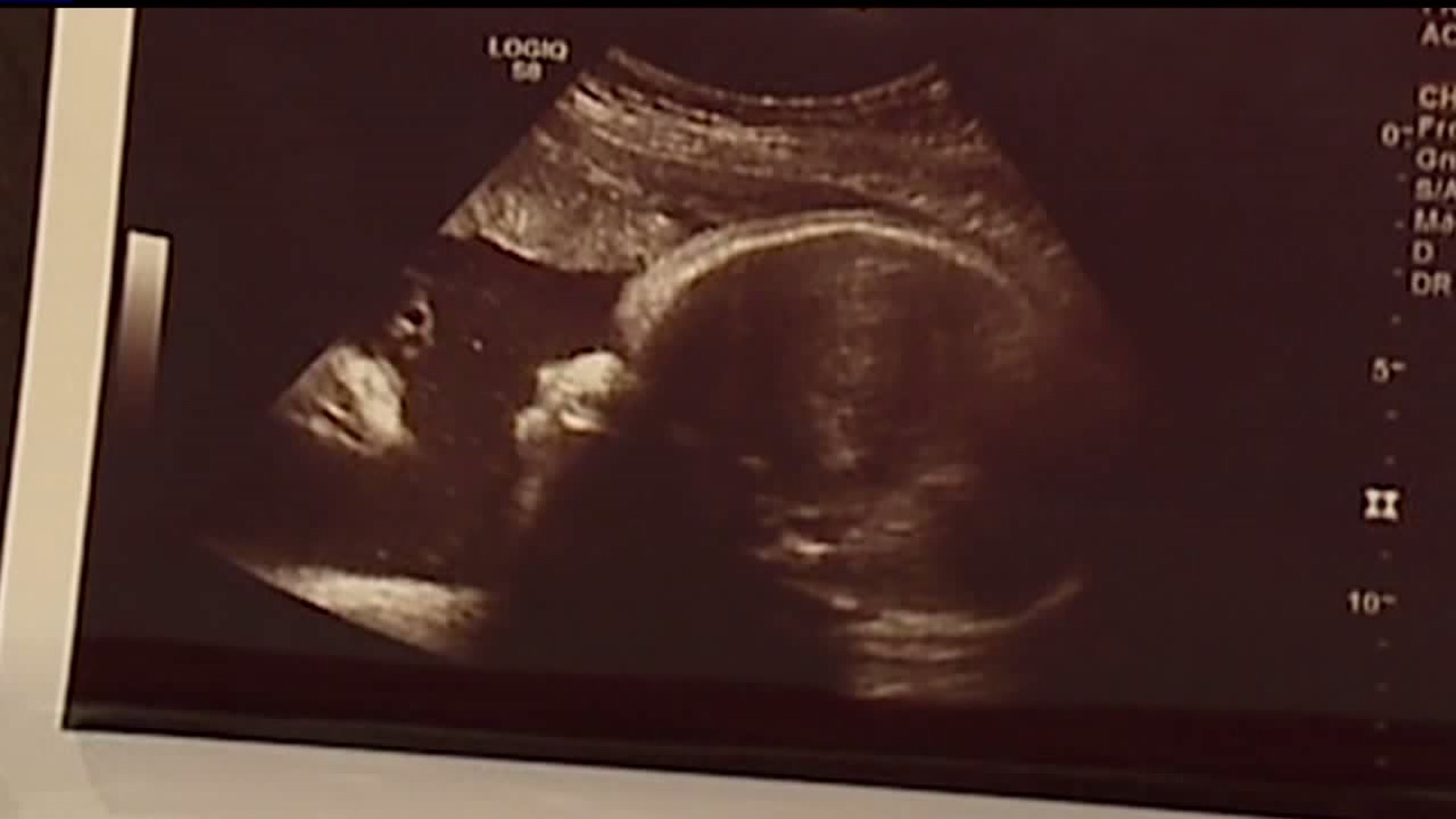 CHAMBERSBURG, FRANKLIN CO. Pa-- An expecting Franklin County couple saw an unexpected image in their baby's sonogram. They say the clear image of a man watching over their daughter is offering them a sense of relief.

"There's another face looking at my daughter!"

Mother, Alicia Zeek's reacted to the image with confusion, "When they gave it to us... Umm, to me, it's Jesus. And it looks like Jesus."

Father, Zac Smith also confused by what he was seeing, "this is distinct-- I mean, there's another face looking at my daughter!"

The couple went in for an ultrasound ahead of the birth of their baby girl- Alicia says she could hardly believe it when she saw the sonogram, "I blinked a lot, to kinda make sure I was really seeing it..."

The expecting parents say while they aren't very religious, they see a man dressed in a robe with a crown of thorns looking on at their baby.

"I blinked a lot, to kinda make sure I was really seeing it."
Zac says the image made him emotional, "when I seen it, it almost brought tears to my eyes... I was speechless, I just couldn't believe it, I really didn't believe what I was seeing."

That image is putting them at ease after Alicia experienced a number of complications with her first two children. Her daughter was born with pre-axial polydactyl-- which means she had two thumbs on one hand.

Her second child, gave quite the scare... making Zac a complete wreck in anticipation for their daughter, "the second one nearly took her life, her son... Just hearing that I could lose them both during... the ... you know."

It wasn't just the complicated labor, Alicia's son also had birth defects, "my son had cleft lip and palette, I'm like is everything ok there?"

The news they received next offered them a sense of relief as the ultrasound technician told Zac and Alicia, baby Briella looked happy and healthy.

Zac offered Alicia some encouragement, "once she said everything is good and we looked at the picture, I was like-- look babe, we have nothing to worry about."

The couple posted the photo to Facebook asking people what they see in the sonogram. Regardless of the response, Zac says the image is a sign from above, "the angel or God or Jesus, however you want to propose it, I look at it as my blessing."

Spiritual sonogram offers local couple relief. What do you see?