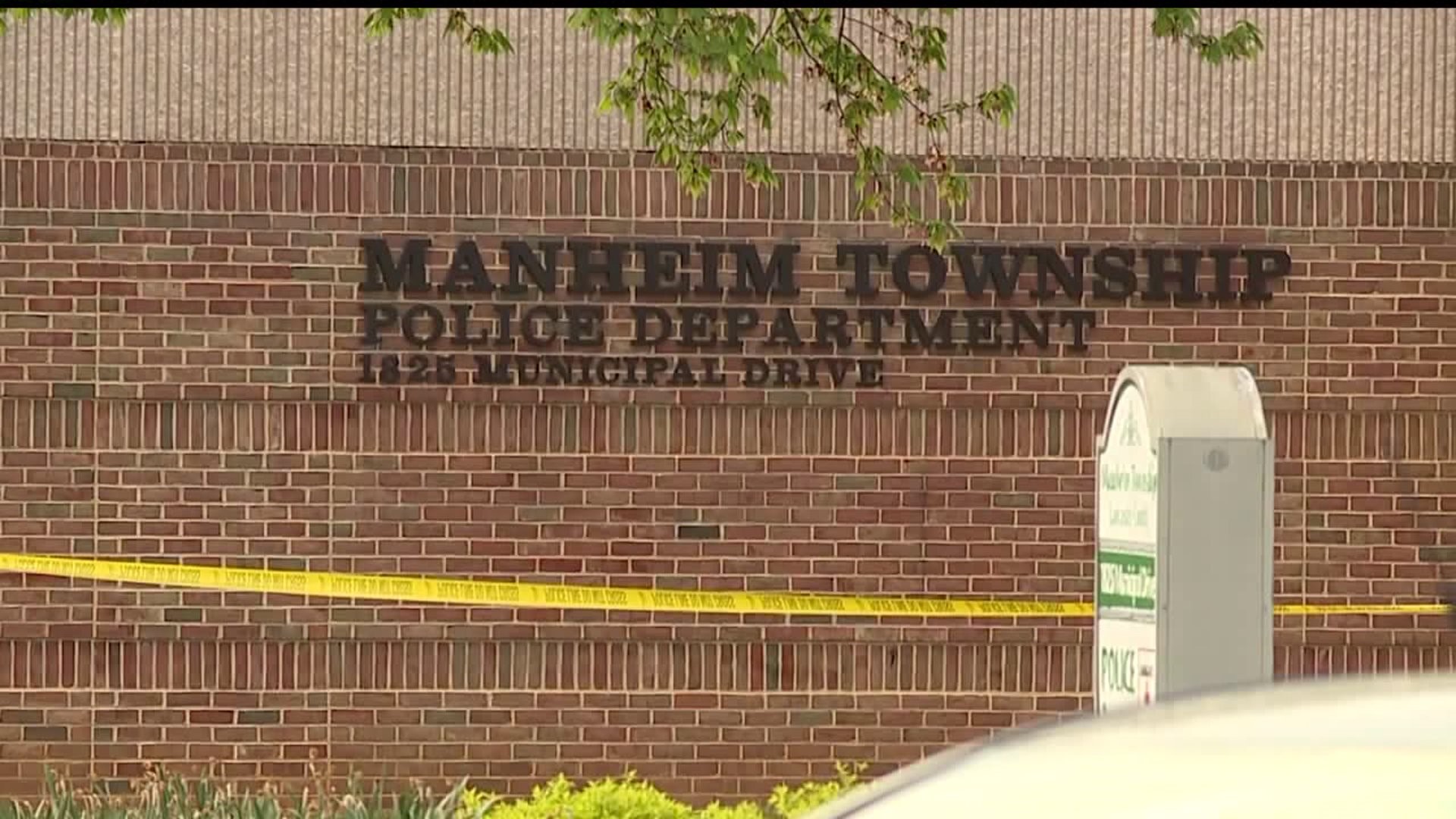 The shooting happened at the front steps of the Manheim Township Police Department, just a few feet away from a neighborhood and Lancaster Municipal Park, where kids were playing soccer and baseball.

Community members there at the time say they're shocked and have questions.

"It's scary to think that someone could be shot, and you think you’re safe cause the police station is right here," said Susan Hixson of Manheim Township.

“I knew our grandson was playing here tonight, and I thought oh my goodness what is going on, you know?!” said Sylvia Stutz of Manheim Township.

Just before 3 p.m. Tuesday afternoon, police say a man showed up at the police department, located just off Oregon Pike.

“He was armed with a shotgun and discharged it at least twice," said Brett Hambright, a spokesman for the Lancaster County District Attorney's office.

"In response, one police officer engaged the male and fired upon the male," said Hambright.

No officers were hurt in the incident, but some people were left wondering - why the police department?

“It just seems usual that it would happen in this area. I guess it’s common anywhere," said Stutz.

Another woman believes police will figure it out.

“I feel confident they have everything kind of locked down here, so you know, I guess we’re really in the safest place we could be because we have a lot of officers here," said Hixson.

The coroner's office is performing an autopsy and will notify family.

The Lancaster County District Attorney’s office is investigating the use of force by Manheim Township Police Department.

Right now, no word on why the man fired the shotgun twice or who he was targeting.