PALMYRA, Pa. – Another sinkhole opened in Palmyra Monday night. This one was near a retention basin behind many homes and it’s not the first one that’s op... 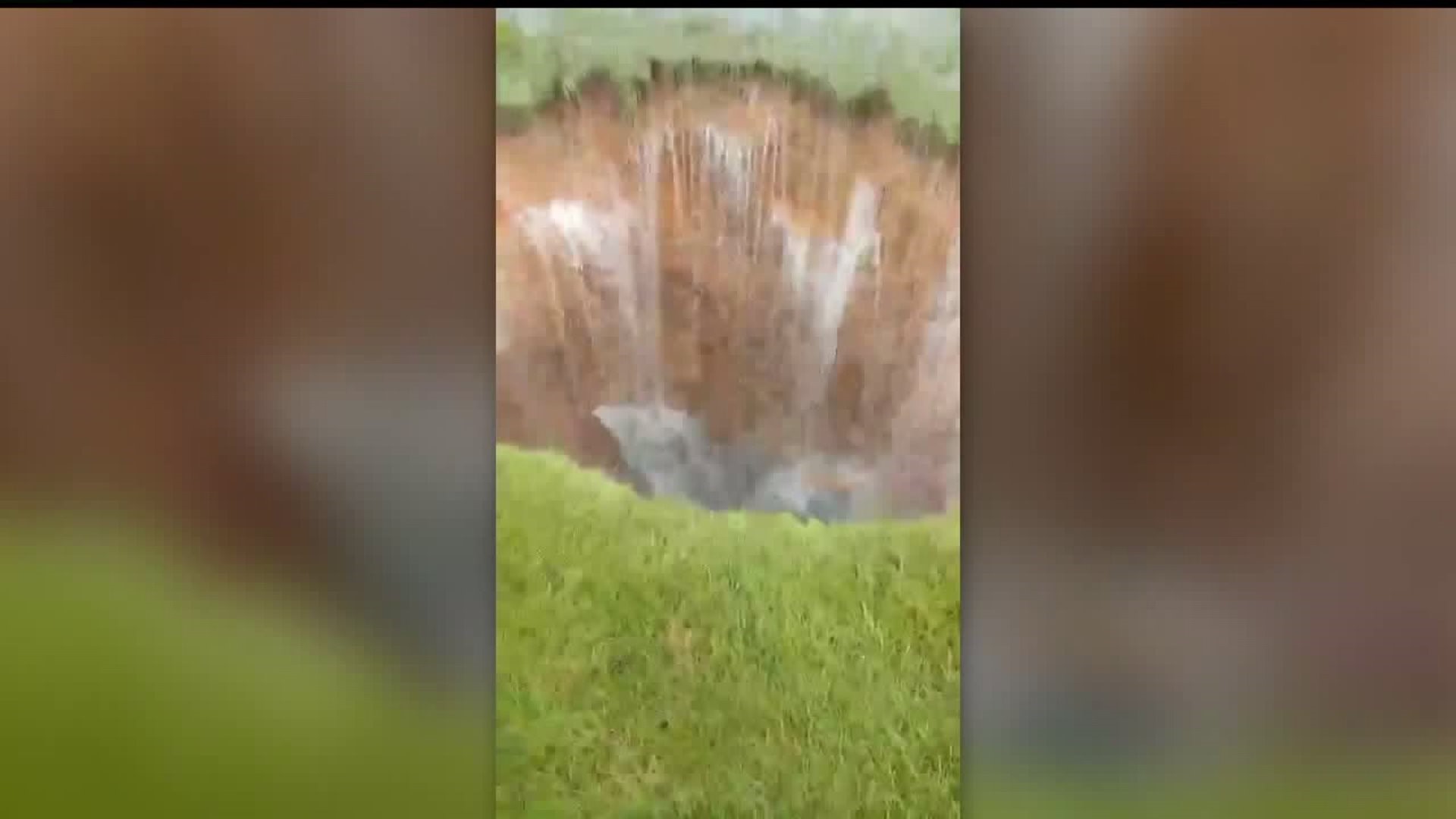 PALMYRA, Pa. - Another sinkhole opened in Palmyra Monday night. This one was near a retention basin behind many homes and it’s not the first one that’s opened up in the grassy field. A neighbor tells FOX43 it is the 5th one to open in the last year.

Cell phone video shows water rushing into the sinkhole at the Macintosh Developments. Many neighbors tell us they're not impressed.

"We had one out there,” said neighbor Brittany McCurdy. “We had one right here in our backyard last year. So, we're kind of used to it at this point. I mean, Palmyra is on limestone so we know that there's sink holes around here."

Which is part of the  problem, according to State Representative Frank Ryan of Lebanon County.

"I'm a firm believer that when groundwater run-off is done, historically...When you build a town on top of a geological formation such as limestone, that there could be some issues taking place,” said Ryan.

Ryan represents the district the where the sinkhole is located, as well as where two other massive sinkholes opened this year; on Routes 422 and 117. He’s also a CPA who's dealt with plenty of clients who are in the hole because of holes. He’s worked on bankruptcy cases due to geological concerns. Now, he has questions.

There are a lot of mines in the area, and there's been a lot of rain. But is there a state regulation that's making this problem worse?

“That was a settling pond that was required to be put in by DEP," Ryan said. “The presence of that water could've actually increased the pressure on that sinkhole that caused it to give away again. And I think if it's a DEP regulation, we are responsible.”

But for McCurdy, that sinking feeling goes beyond this hole.

“My biggest fear is one of my kids or dogs falling in the hole or a new are opening up that we’re not aware of yet and somebody getting hurt,” McCurdy said.

Ryan said his focus now is on stabilizing at-risk areas and figuring out what's triggering the issue.