Shoppers get an early jump on holiday shopping

WEST MANCHESTER TWP., Pa. – Hundreds of shoppers either delayed or got their Thanksgiving out of the way early to jump on deals offered by retailers befor... 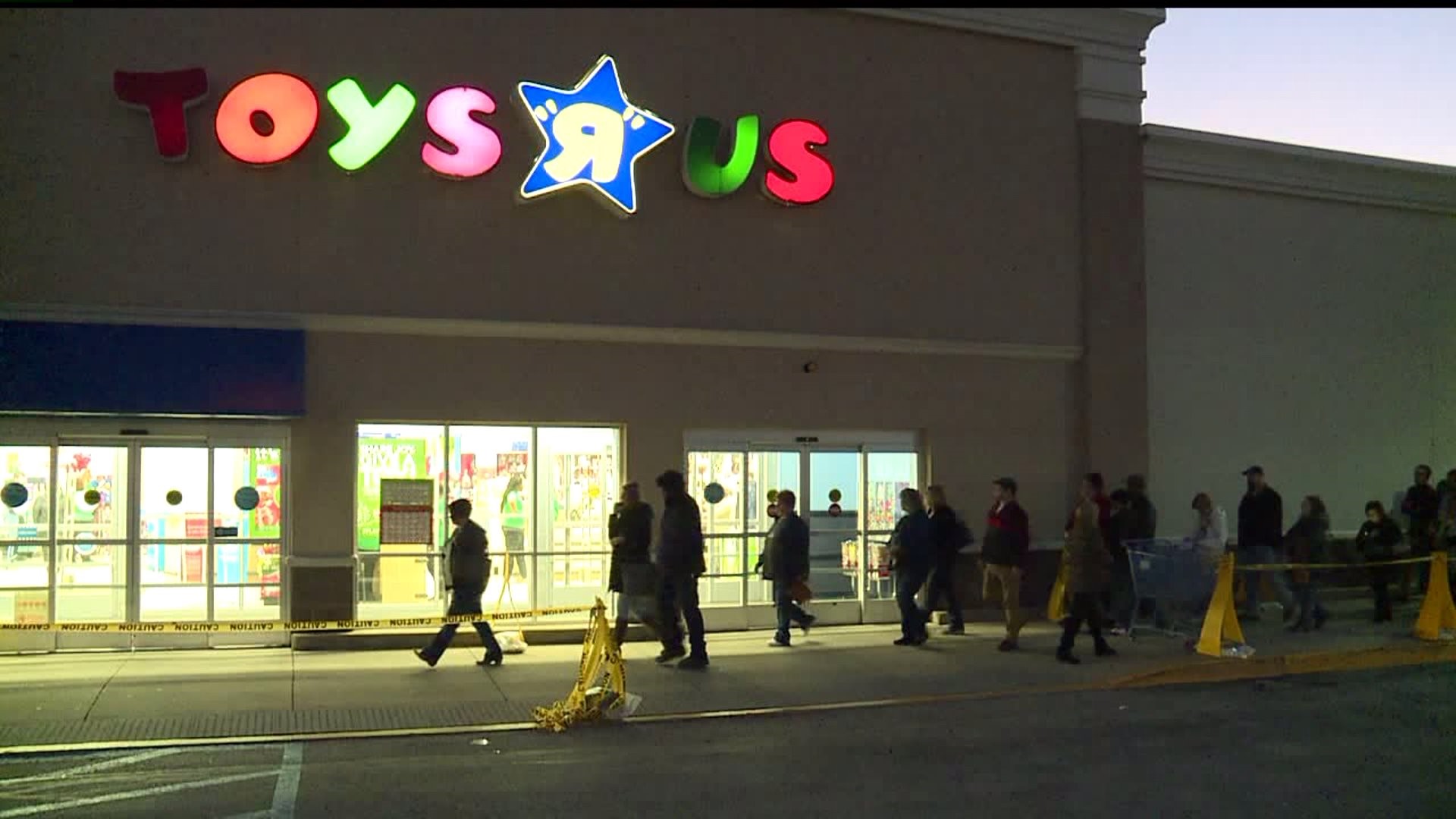 WEST MANCHESTER TWP., Pa. - Hundreds of shoppers either delayed or got their Thanksgiving out of the way early to jump on deals offered by retailers before Black Friday.

At Toys R Us in West Manchester Township, they opened at 5 p.m. and will not close until 11 p.m. Friday to give shoppers ample time to buy the hottest toys children want.

For some families, shopping on Thanksgiving is becoming part of their holiday tradition.

"We didn't do it earlier," 12-year-old Derek Puntiel said. "We went to go buy all the stuff and then once we have everything, we're going to go back home and we're going to eat."

The holidays may have come early for Puntiel, and on this day to give thanks, he's in a giving mood.

"Well, I'm actually here for my sister, because she wants a camera, and then I'm just going to buy the online service for PS4, because I got one today," he said.

Some people celebrated Thanksgiving earlier and got to the matter of shopping.

"We have a five-year-old at home who wants a Luvabella doll, so hopefully we can find that, along with the other stuff that she graciously asked Santa for," said Courtney Neiderer of York. "I just know that it's one of the hotter toys this year. She's seen it on YouTube."

Others have the determination to be first to take advantage of Black Friday savings and make a dent in their holiday shopping.

"I have the credit card, and I'm going to hold the bags on the way out," said Sam Rennels of York. "I'm here with my wife; she wants to go shopping, so that's why we're here."