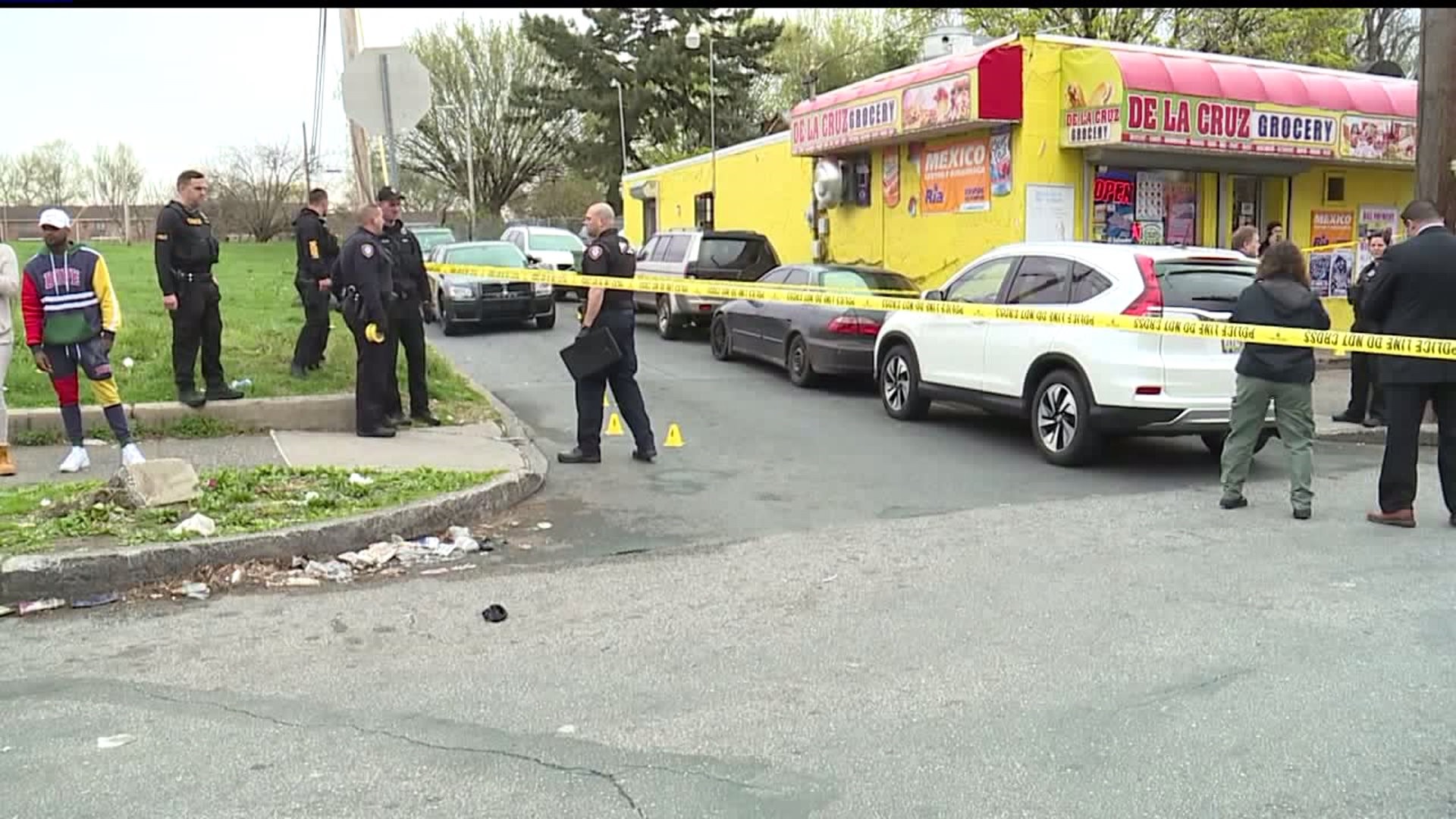 HARRISBURG, Pa. - Yellow police tape, investigators, and evidence markers for shell casings fill the 1200 block of South 13th street in Harrisburg. It's a scene some people living in the neighborhood see far too often.

"It's getting sickening," said Cheryl Hughes.

This time Hughes says her nephew, 30-year-old Baasil Sheppard, was one of the two people shot at De La Cruz Convenience store Wednesday morning. Sheppard's brother, Antoine Burnett, found out about the shooting when he checked on his brother this morning.

"I called my brother and was like, 'What are you doing?' and he said, 'I just got shot, I'm in the store on 13th Street laying down," said Burnett.

He says he rushed over to the store to be with his brother, who he says was shot in the legs but is expected to be okay.

"It was heartbreaking to see my brother laying on the ground like that," said Burnett. "It crushed me."

As police continue to investigate what exactly happened, Sheppard's aunt is now pleading for people to put down their guns. She says she's no stranger to gun violence as two of her sons were shot and killed several years ago.

Police are searching for a suspect but as of Wednesday afternoon have no description.