SHIPPENSBURG TWP., Pa. – Students at Shippensburg University appear to have broken a world record Monday night for the largest simultaneous testicular can... 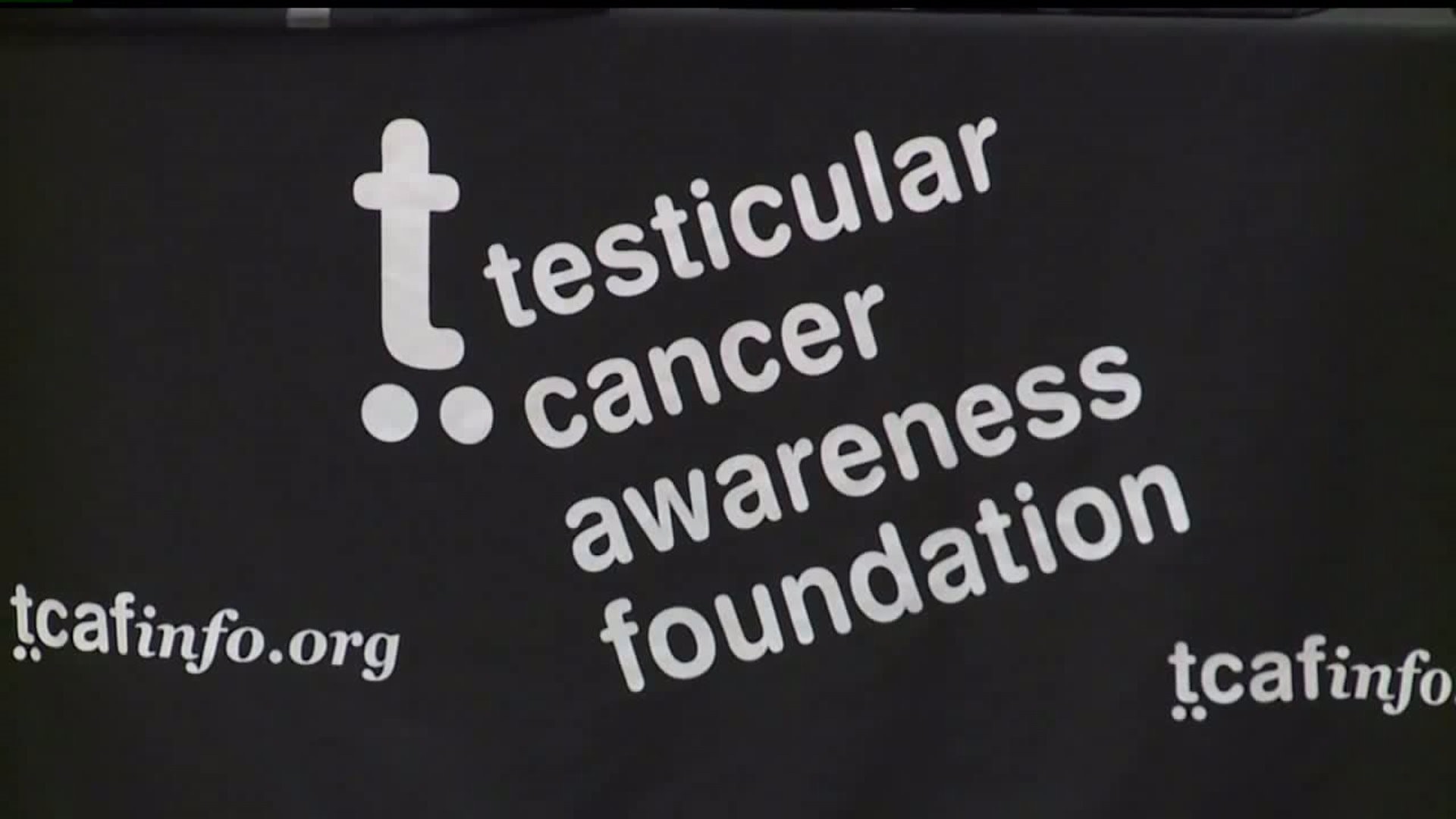 235 men took part in the simultaneous self-exam, which would break the old record of 208 set in the United Kingdom back in 2010.

"It's the most common type of cancer between males 15 to 44 years old and 99% curable if detected early, so we really want to spread awareness to college students," said Jason Greenspan, a senior at the university.

Greenspan, who graduates next month, was diagnosed with testicular cancer five years ago, right before he graduated high school. The treatments prompted him to defer his attendance at Shippensburg for a year, but he beat the disease.

He led the effort to break the world record.

"It's tricky, because there's a stigma associated with it," Greenspan said. "A lot of people are embarrassed to talk about it, and we want to try to eliminate that stigma, so with this event we needed something to bring them out, some humor involved and some fun, but we also want to have a serious element to it as well."

Several men shared their stories of survival, and others shaved their beards to get a fresh start for No-Shave November.

"Testicular cancer is not talked about as much as it should be, and to see all these young guys and young women supporting the cause is exactly where I want to be," said Justin Birckbichler, a Shippensburg University alumnus and testicular cancer survivor.

Organizers say they hope the young men will leave with knowledge that could someday help save their lives.

"It's going to be great to break that record and be a part of it and have it appear in print, so someone flipping through the Guinness Book of World Records might see it and might say they need to do that," Birckbichler said.

Evidence of the attempt will be submitted to Guinness for verification before the new record can be officially declared.