In February, an injured goat was left for dead in a pile of animal carcases at the New Holland Sales Stable in Lancaster County. In that same pile there was als... 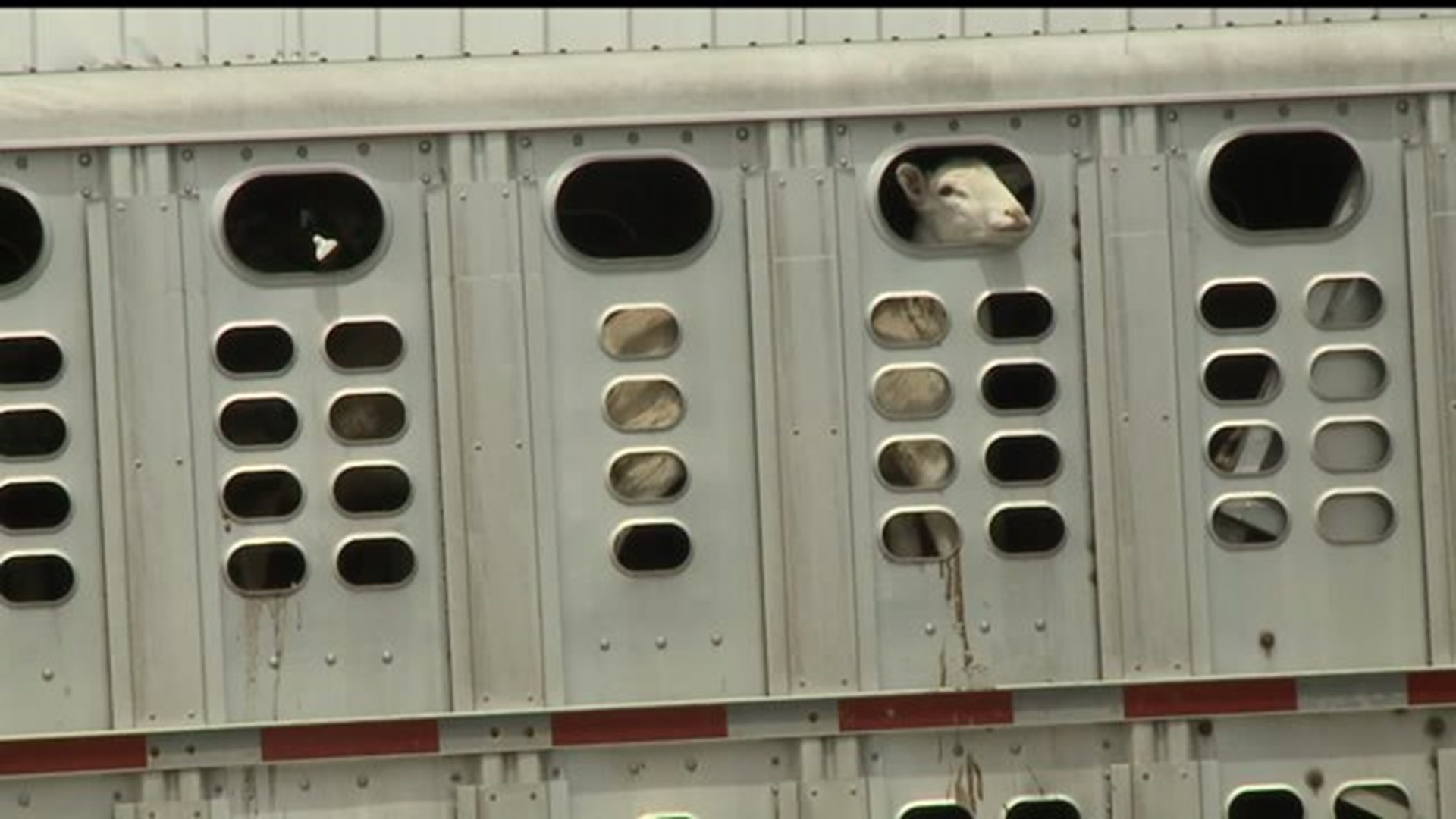 In February, an injured goat was left for dead in a pile of animal carcases at the New Holland Sales Stable in Lancaster County. In that same pile there was also a sheep lying flat on its side barely alive.

"They are suffering. They're shaking, very ill and suffering from hypothermia. On the day that this occurred it was sub degree temperatures," said Christine Wilson, who prosecuted the case.

The video was shot by an activist with Animals' Angels, which is a group that seeks to end animal abuse throughout the country. The activist group said the animals were being moved in the morning and that they were left in the pile of dead animals over night.

"They were observed by a witness for several hours in this state while several employees of the sales stables walked by and did nothing," said Wilson.

On Wednesday, a judge found the auction house guilty on two counts of animal cruelty and slapped them with a $1,500 fine. It's not the only cruelty case in which the auction has been convicted. Back in 2007, it was found guilty of leaving three sheep to die for hours unattended.

The activist we spoke with said they've received more than 15 animal cruelty complaints about the auction house in the last 10 years.

As for Wilson, she's happy to see a guilty verdict, but hopes it will inspire the New Holland Sales Stable to do better.

FOX43 tried repeatedly to contact the auction house for comment, but they chose not to speak with us.

IF YOU WANT TO HELP ANIMALS IN LANCASTER COUNTY YOU CAN DONATE TO THE LANCASTER SPCA BY CLICKING HERE.