Sharpening focus and grades through archery

This week we’ve been talking about how technology is affecting children, and we talked about the importance of taking breaks from devices.  One pla...

This week we’ve been talking about how technology is affecting children, and we talked about the importance of taking breaks from devices.  One place kids are doing that is at the Lancaster Archery Academy in East Lampeter Township.

Archery is the fastest growing sport in the United States, and here at Lancaster Archery Academy,  parents drive their children in from as far away as New Jersey, Virginia, and Maryland.

Not only that, but they also make the drive to Lancaster because of the state of the art facility, which boasts 46 lanes for shooting practice.  Also, because of the instructors who are all certified under USA Archery.   The instructors say they’re not surprised at how popular archery has become since the hit movie “Hunger Games.”

It’s a good thing it’s gaining popularity too, because instructors say it’s also helping with academics.   “Once they get through some of our courses they’ll start scoring some of their own arrows. So with that we notice a lot of improvement in math skills,” says Academy Program Coordinator, Heather Pfeil.

Katie Collier, who lives Pennsville, New Jersey is one of the many students who travel to take part in the academy.  “I’m not that focused in math, so since I’ve been getting into archery I’ve been more focused and I’ve been given good grades on my test and everything now.”

In the past two years, more than two thousand kids ages 6 and up have come through the doors of Lancaster Archery Academy to sharpen their shot; many joining teams that compete all over the country. 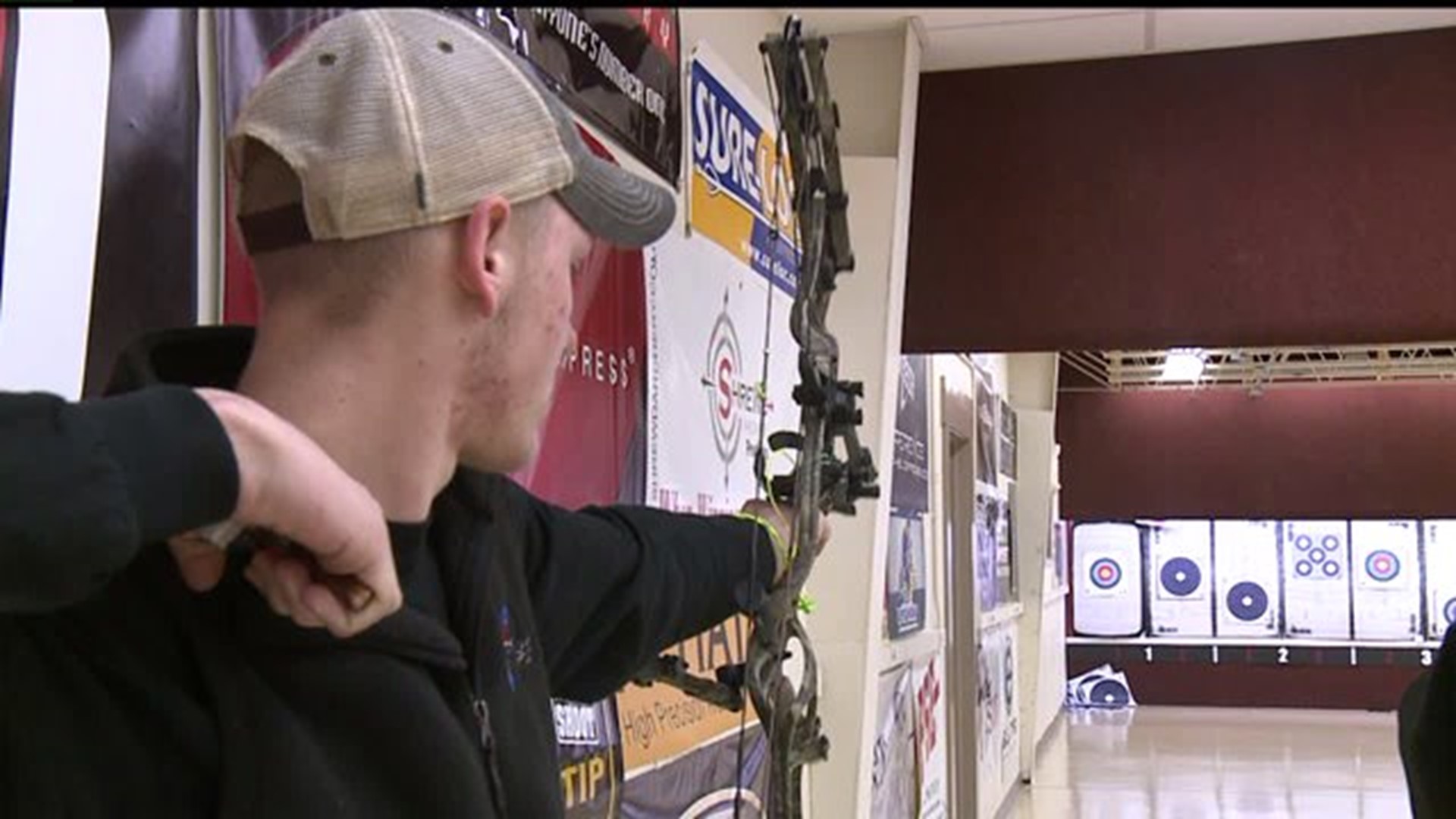