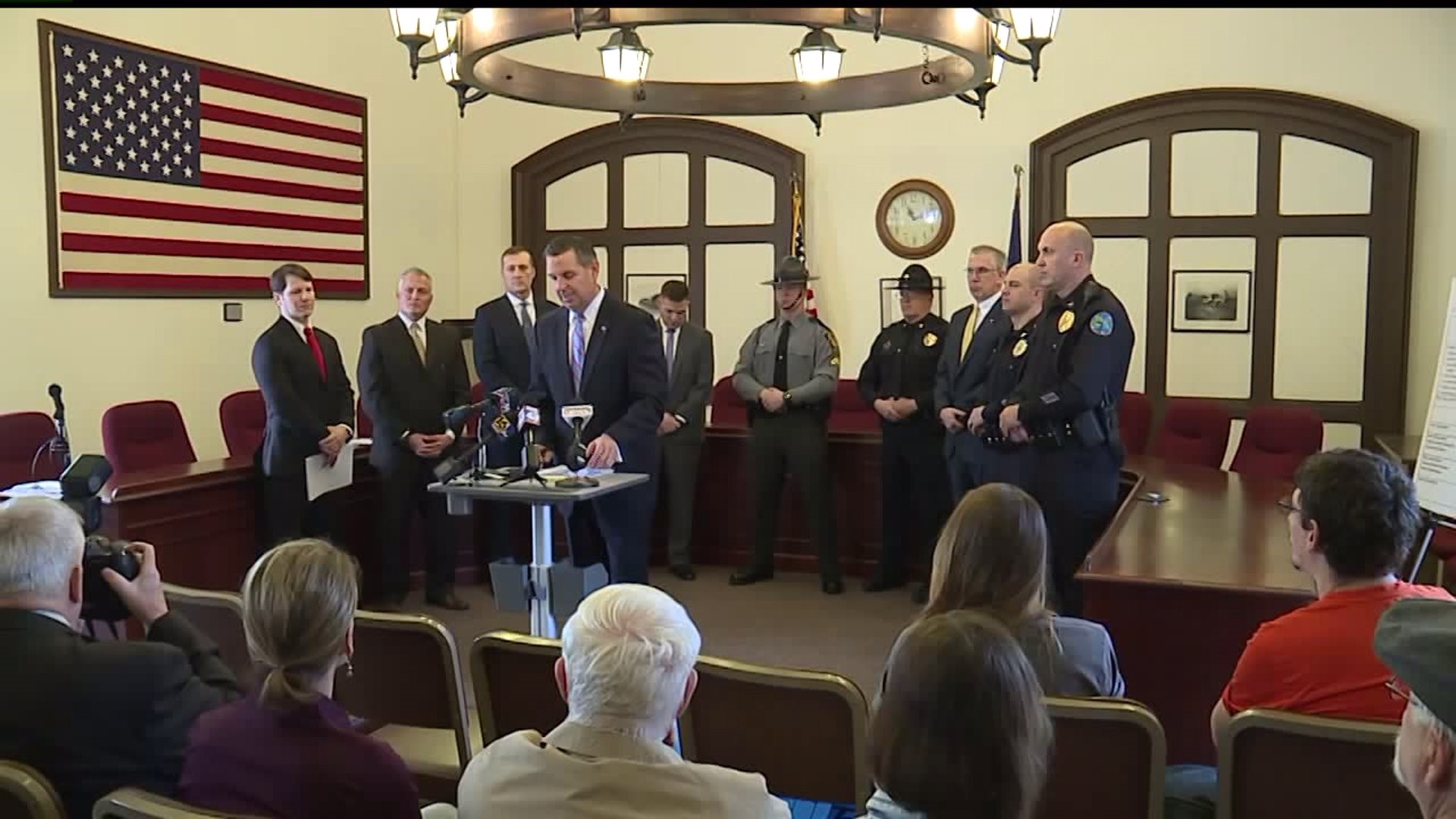 The indictment alleges cocaine hydrochlorine was being sent from Puerto Rico to Pennsylvania by the United States Postal Service. The drug was also believed to have been bought in California and brought back to Pennsylvania. It's alleged the co-conspirators had apartments in Milton to package and store the drugs before selling them in communities around Central Pennsylvania.

"What sets an operation like this apart is the amount of drugs we're talking about," said U.S. Attorney for Pennsylvania's Middle District, David Freed.

Those amount: about 14,000 grams of cocine hydrochloride, 2,000 grams of heroin, and an unknown amount of fentanyl.

Kevin Caban Robles, from Harrisburg, is one of the 17 indicted and facing several counts of drug trafficking. In the indictment, Robles is named for selling heroin and fentanyl in Harrisburg. He is also believed to have discussed anticipated shipments of cocaine hydrochloride from Puerto Rico and arranged for drugs to be distributed to other dealers. Robles, and three others named in the indictment, could serve up to life in prison if found guilty.

"These indictments are going to make a difference," said Tony Matulewski, Northumberland District Attorney. "These are literally thousands and thousands of doses of drugs, thousands, that are gone."

U.S. Attorney Freed says those indicted could face longer sentences or more charges based on the guns and drugs seized during the arrests.