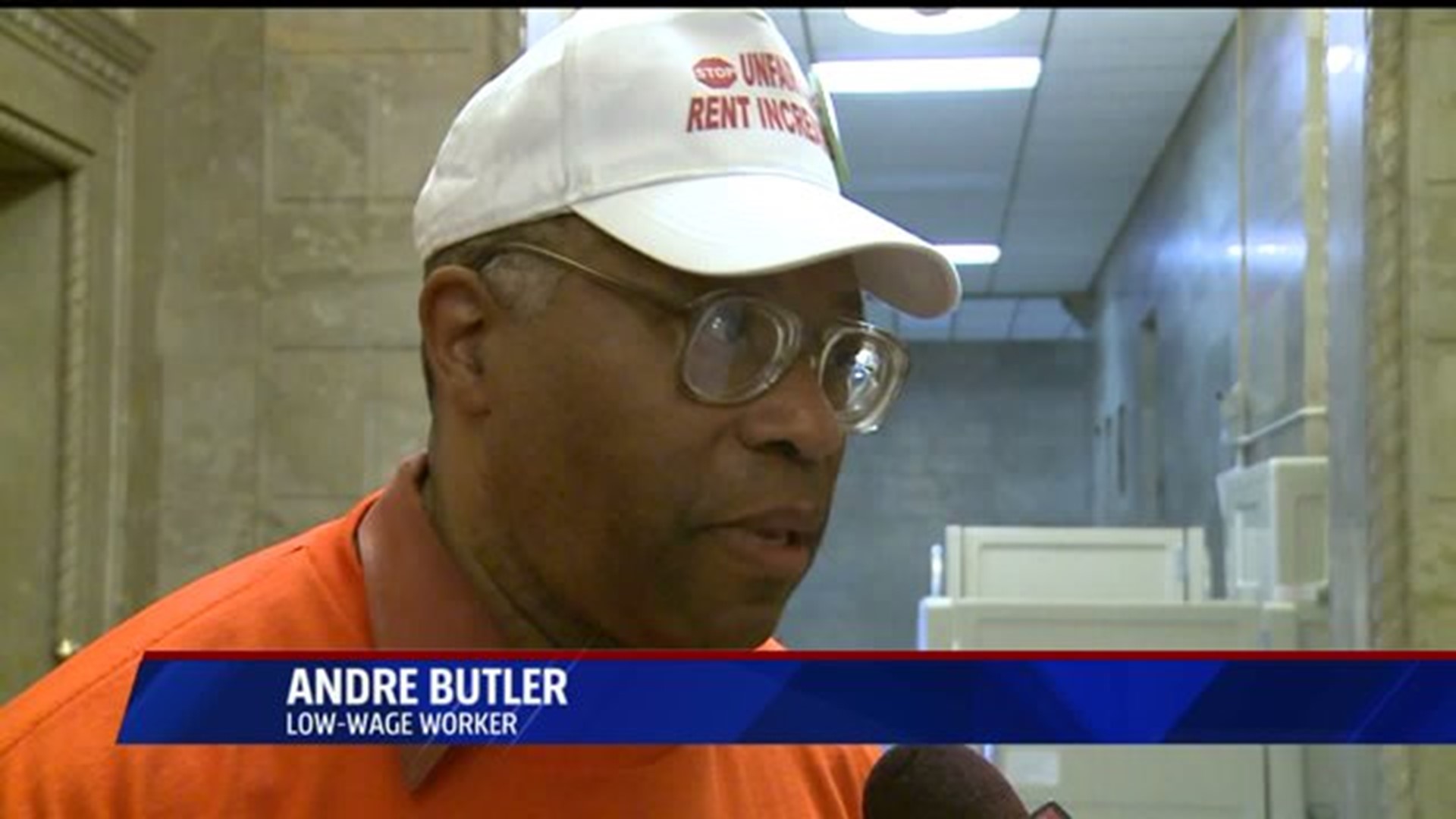 Those workers told legislators their ability to live or raise a family is next to impossible on the current wage.

"To rent an apartment is at least 600 to 800 dollars a month, so anyone on minimum wage making 40 hours can barely afford an apartment," Andre Butler, a low-wage worker from Philadelphia, said.

Business owners who appeared before the Senate Labor and Industry committee are divided on the issue.
Some testified that a minimum wage hike would eliminate their ability to re-invest in their businesses or satisfy their bottom line.

"We will not be able to properly maintain our property or grow the business," John Keisendahl, president of the Woodloch Resort, said. "The result will be, no new jobs, fewer opportunities for our current team, and the potential for significant layoffs.”

But others say it's time to give low-wage workers a boost.

"Let's not forget that workers are also customers," Simon Arias, owner of Simon Arias Insurance Agencies, said. "More money in the pockets of over 1 million workers will translate into more sales at businesses across the state, which includes mine."

Democrats like President Obama and Gov. Tom Wolf say they support a raise for workers.

Raising the minimum wage was one of Gov. Wolf's top priorities on the campaign trail.

"I imagine [workers are] going to be saying, 'I can't buy my kids new shoes, you know, I can't buy the basics of life,'" Sen. Daylin Leach, (D) - Montgomery County, said.

But getting it through the Republican majority legislature will be a challenge.

Republicans on the committee say they support empowering business owners to raise their wages organically.