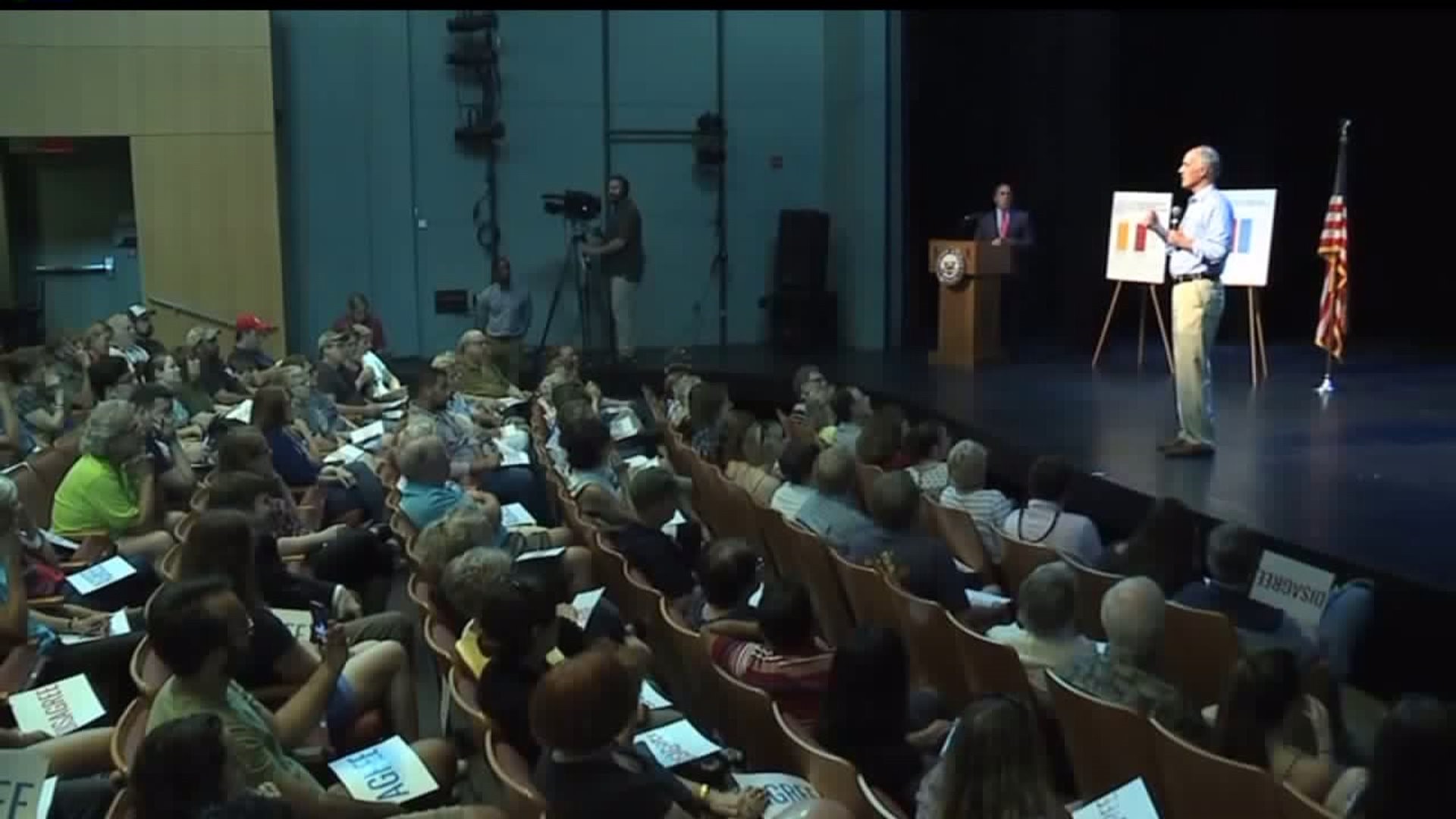 LANCASTER, Pa. -- Senator Bob Casey held a town hall in Lancaster today, and the American Health Care Act was a main point of discussion. Senator Casey has held a series of town halls. This latest one? In Lancaster at Franklin and Marshall College.

He talked with and took questions from a packed house . Audience members given signs to agree, or disagree with topics, the crowd largely supportive of points made by Senator Casey.

One of the main topics? The American Health Care Act or the AHCA.

"I hope I'm wrong about this, but if we can't find three republican no votes, this might be the worst week in healthcare for many, many years, maybe decades," said Sen. Casey.

Senator Casey calling on Pennsylvanians to contact their legislators, saying he doesn't care how or by whom the bill gets voted down, just that it does.

"We hope that maybe if we can get through this period and not have that bill passed, we can kind of have a time out, they can move on to another subject, then we can sit down and have a conversation about things we need to fix," said Sen. Casey.

One man today providing Senator Casey with his own 100-line fix to the Affordable Care Act.

One woman drove over two hours to voice her concerns over the AHCA and the impact she believes it will have on her daughter who has a severe disability.

"What the new plan says is there's a fixed cap to how much your state can receive. So no matter how much you're daughter needs, this is all the states going to get for your daughter. Period. If that's not enough, whose going to pay to keep my daughter alive?" said Mardys Leeper, who drove in from Villanova, Delaware County.

"What is the hope for the future?" said one attendee.

To which Senator Casey responded with optimism.

"It's still the best system in the world, as difficult as it is, as messy as it can be," Sen. Casey said.

In response to Senator Casey's town hall, Val DiGiorgio, The Pennsylvania GOP chairman said, in part, in a statement,  "Sadly, Bob Casey’s march to left continues. As a Senator whose state is facing skyrocketing premium costs, it’s disappointing that Bob Casey continues to play political games instead of working across the aisle to find solutions to fix our broken healthcare system."