A Pennsylvania state senator sent a letter to all district attorneys in the state asking them not to prosecute anyone using medical cannabis for medical purpose...

A Pennsylvania state senator sent a letter to all district attorneys in the state asking them not to prosecute anyone using medical cannabis for medical purposes. A bill that would have allowed the use of medical cannabis failed to pass the state house of representatives during session. Now district attorneys in our area are asking themselves where to draw the line even though using the drug is illegal.

Author of the letter, Senator Daylin Leach is asking all district attorneys to quote, “perform an act of compassion,” and not file any criminal charges against a person who uses the drug. He says he’s not asking them to do anything wrong despite the fact that it’s illegal. 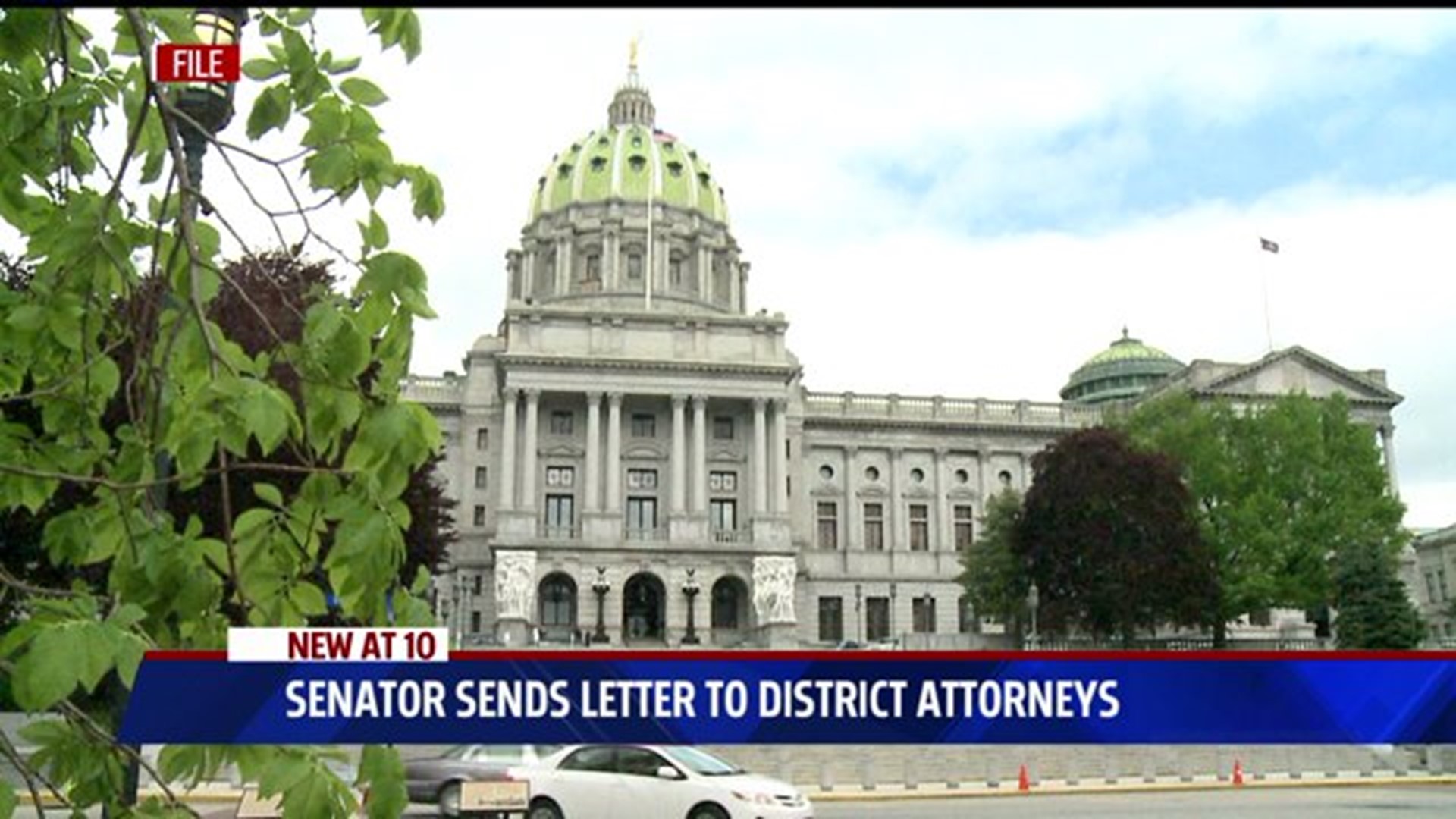 "I'm asking them to commit an act of compassion. Let people know that if they're using marijuana for medical reasons to save their child's life or to save their own life, that they will not face the wrath of the criminal justice system," says Sen. Leach.

Dauphin County District Attorney, Ed Marsico, wishes Sen. Leach would've contacted him directly to discuss the matter. He says he can't disregard the law entirely. But to his knowledge, it's not an issue in Dauphin County.

"I've never seen a case of the thousands of drug cases we had where a defendant claimed it was being used for medical purposes," says Marsico.

York County District Attorney, Tom Kearney has similar views. He wants Sen. Leach to go about this legislatively instead of asking district attorneys to disregard the law.

FOX43 spoke with Sen. Mike Folmer, who along with Sen. Leach, strongly supports the use of medical cannabis. He says he hasn't seen the letter, but he understands why Sen. Leach sent it.

"We have a law and that's why we were trying to do the bill so that sick people could have safe access to a safe product and not relying upon whoever or whatever," says Sen. Folmer.

Sen. Folmer says when the new legislative session starts in January, supporters of medical cannabis will start the educational process over in hopes of getting a bill to the governor's desk.