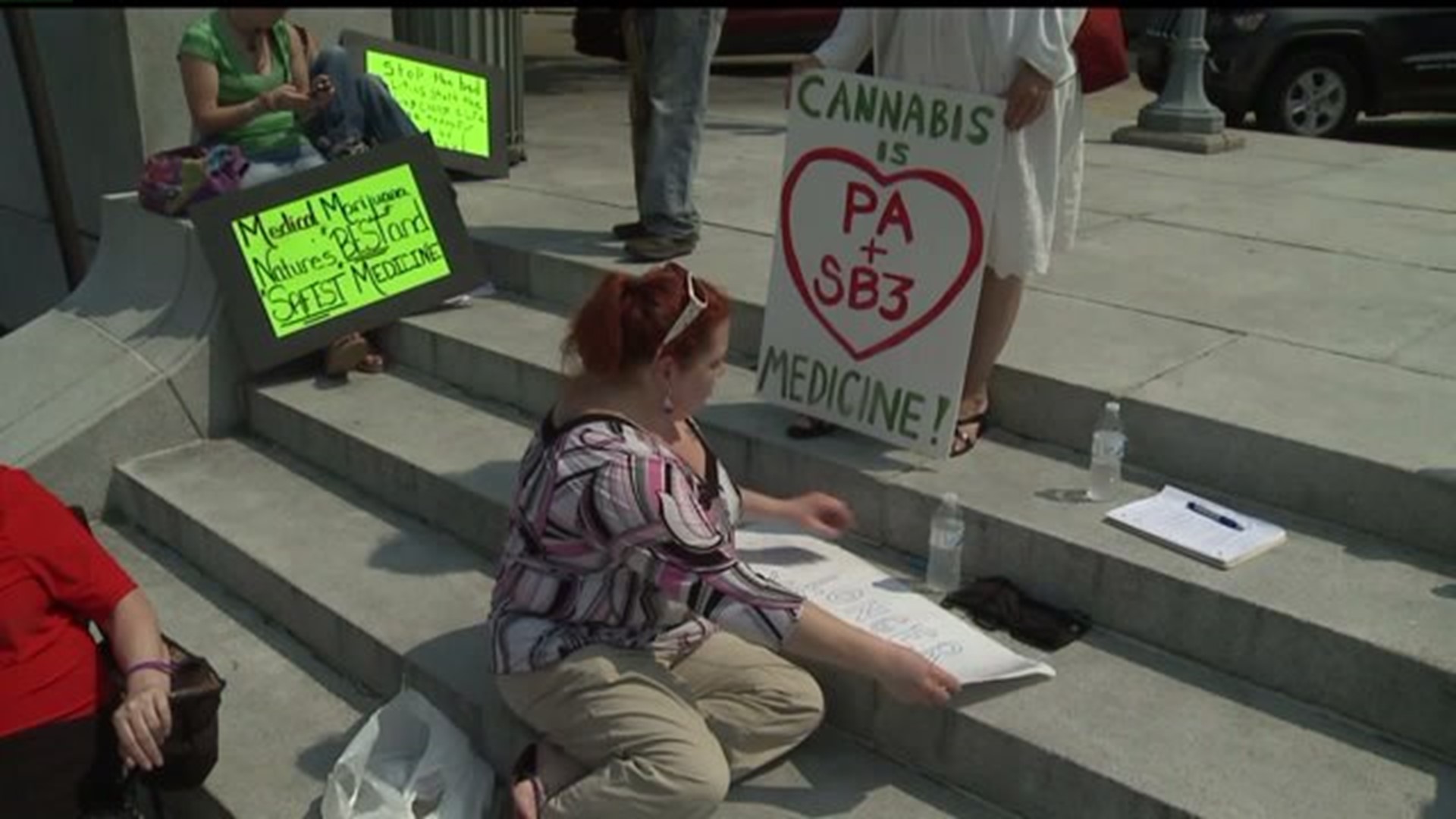 Medical Marijuana's not legal in Pennsylvania yet, but lawmakers say it's moving in the right direction.

Democratic Representative Ed Gainey, of Allegheny County, says, "For the first time we're moving into a bi-partisan committee to talk about it, to make sure we put the right legislation on the Governor's desk, that's progress for us."

The bill was sitting in the House Health Committee. But Republican Chair, Matthew Baker has said he doesn't support the bill. He said cannabis would cause more harm and it's not FDA approved. Now, the bill's in Rules Committee, and people like Adrienne Leasa are hopeful.

Leasa says, "It's kept me alive in more ways than one. I wouldn't be here if it weren't for cannabis."

Leasa has AIDS. She was diagnosed with HIV in 2011 and she says cannabis oil is the new frontier of medicine.

Leasa says, "It took me only nine months with antiretroviral viral therapy and cannabis oil together to get to an undetectable viral load."

On Tuesday, House lawmakers introduced another bill to legalize marijuana. But these protestors say it doesn't help every sick person, so they want lawmakers to focus on Senate Bill 3.

Protestor, Christy Billett says, "We had overwhelming majority in Senate and if the House would really look at the provisions and how it's restricted and every aspect of how it would be regulated, it would end up a good bill to consider it."

Advocates say they'll continue to push legislation to legalize medical marijuana until SB3 is approved in House Committee and put on the Governor's desk for a signature.

A spokesperson for the House Republicans says SB2 will remain in the Rules Committee for now..he says a main priority is passing the State Budget.