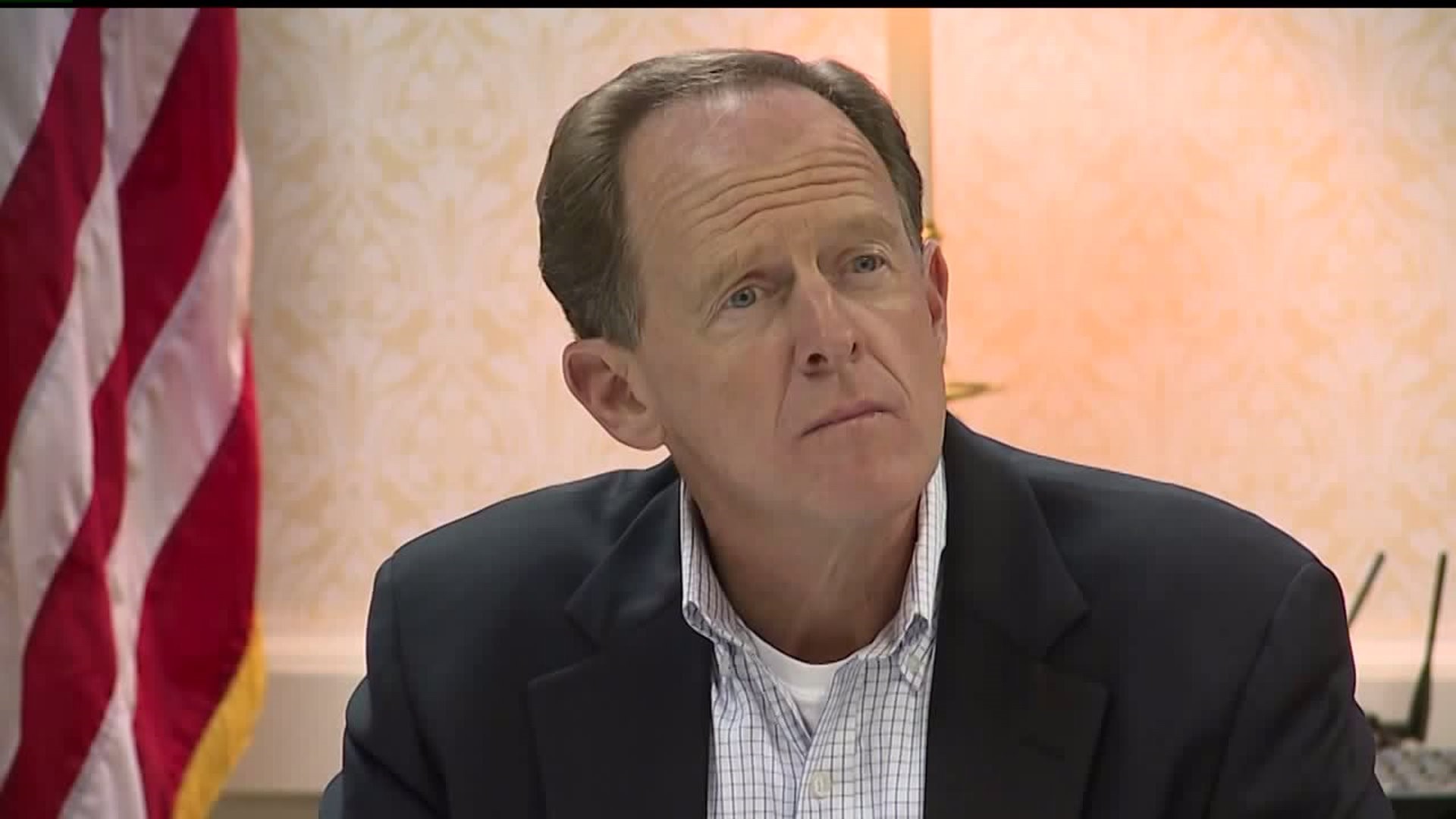 HARRISBURG, Pa. - Several Pennsylvania businesses say they are feeling negative effects from tariff's implemented by the Trump Administration. Republican Senator Pat Toomey held a round table discussion with business owners to get a first-hand account of the issues brought on  by the tariffs.

"Your exports to China have declined," said Sen. Toomey.  "Yeah, absolutely," said Nicholas Bisaccia, Bingaman and Son Lumber. "We've returned $40,000 in deposits. In the past month, we've had 50 orders cancelled."

Bisaccia tells Toomey, since the Trump Administration began imposing stricter tariffs a few months ago, their business has felt the impact. China consumes 60 percent of everything the business produces but with market uneasiness because of tariffs and retaliation tariffs other countries have imposed on American exports, value in their products has decreased by about 10 percent since April.

"Every night I'm on the phone until about about 1 a.m. discussing each individual container with our customers," said Bisaccia "Trying to have them keep these containers on order and pay for them."

Sen. Toomey says he does not believe in the current administration's policy but does believe more needs to be done against China.

"This is a huge problem," said Toomey. "It's a threat to our economic vitality and I think we need to move very, very aggressively against this Chinese practice of stealing intellectual property."

Sen. Toomey say the input gathered today is important, as he plans to take what he learned to President Trump, who he says has been very receptive to input on this policy.