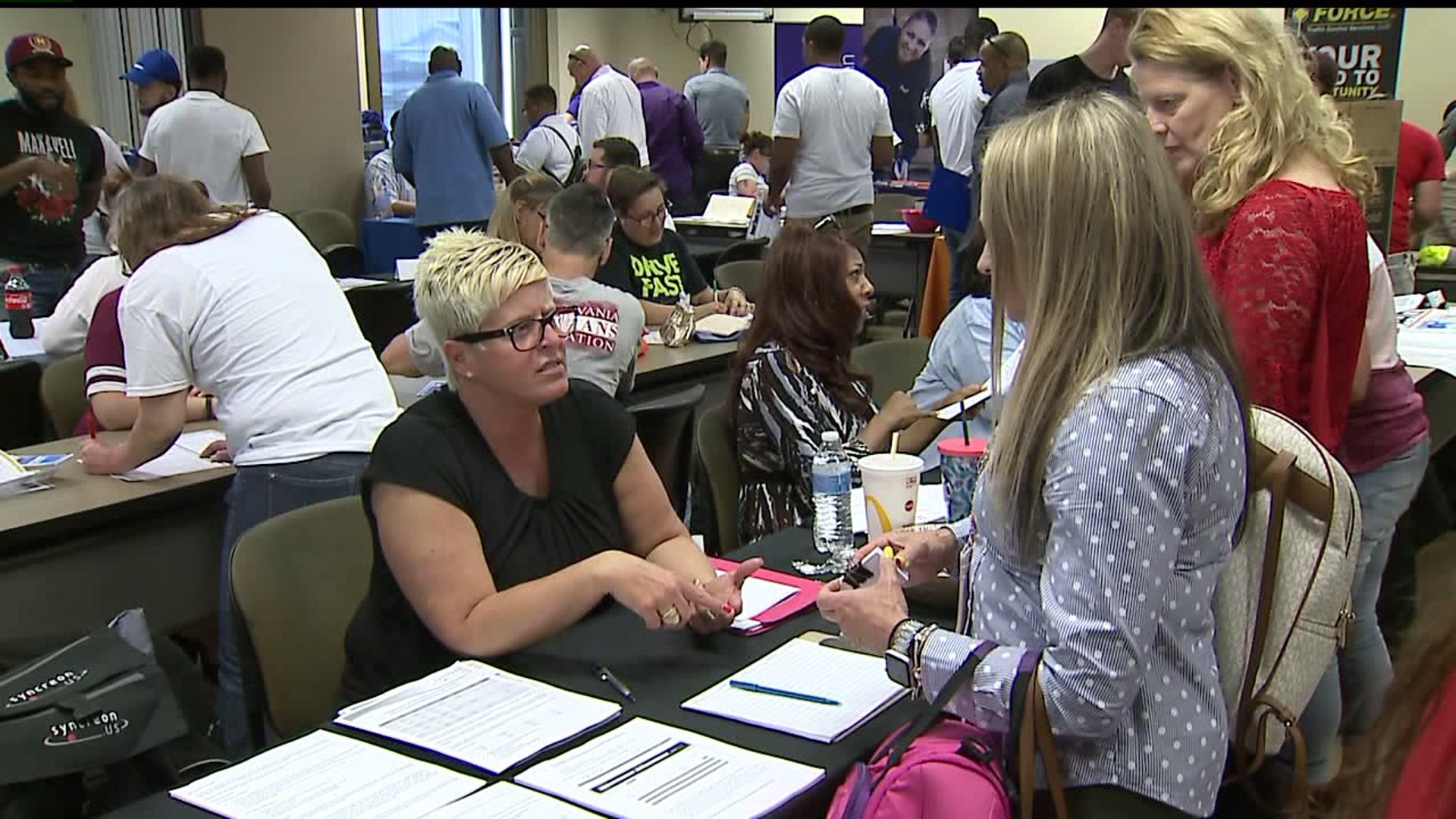 YORK, Pa. - Leaders in York hosted a Second Chance Job Fair at the York County Administration Building Wednesday. It's meant to connect employers with people who are often overlooked for job opportunities.

Folks have come through the door with nothing but hope, now many of them are leaving with a job.

26 employers were equipped with stands, papers, and smiling faces, ready to hire the willing.

"I think it's cool that they're coming out here to give people second chances," Toi Sleeger said. "And giving them the opportunity to find a better job, or whatever the situation is."

Toi Sleeger's past is a checkered one; incarcerated and on work release, looking for something better. She was one of more than 200 people registered at the job fair.

"I currently have a job but I'm looking for maybe a better opportunity, or better pay, or better schedule," Sleeger said. "Things like that."

The York County Reentry Coalition helps anyone, including people with a background. Ex-offenders with misdemeanors or felonies. It also finds opportunities for the disabled.

John Groupe was hit by a car 24 years ago, while he was riding his bicycle. It's difficult to be on his feet and he's had a hard time finding work.

"I just want a place where I can be working, possibly afford a vehicle," Groupe said. "Ya know, everything else."

But it's more than just offering that second chance; about stopping the stigma.

"It's really about educating everybody about this population that sometimes is feared upon," Cristie DeWitt, site administrator for PA Careerlink and co-chair of the Reentry Coalition, said. "They worry about hiring somebody that might have been in prison when these are really some of our best workers."

The even bigger picture is about prison reform, and reducing recidivism for a better community.

""A lot of individuals when they feel like they're not given an opportunity they revert to their old ways what they know, and then they find themselves back in prison," DeWitt said. "We don't want that to happen."

The York County Reentry Coalition is hosting a re-entry services fair August 1st from 4pm to 8pm at the Stillmeadow Church of the Nazarene, 350 Chestnut St. York, PA 17403.