DUBLIN TWP., Pa. — FOX43 News has obtained the application for a search warrant that State Police filed in order to search the vehicle of shooting suspect... 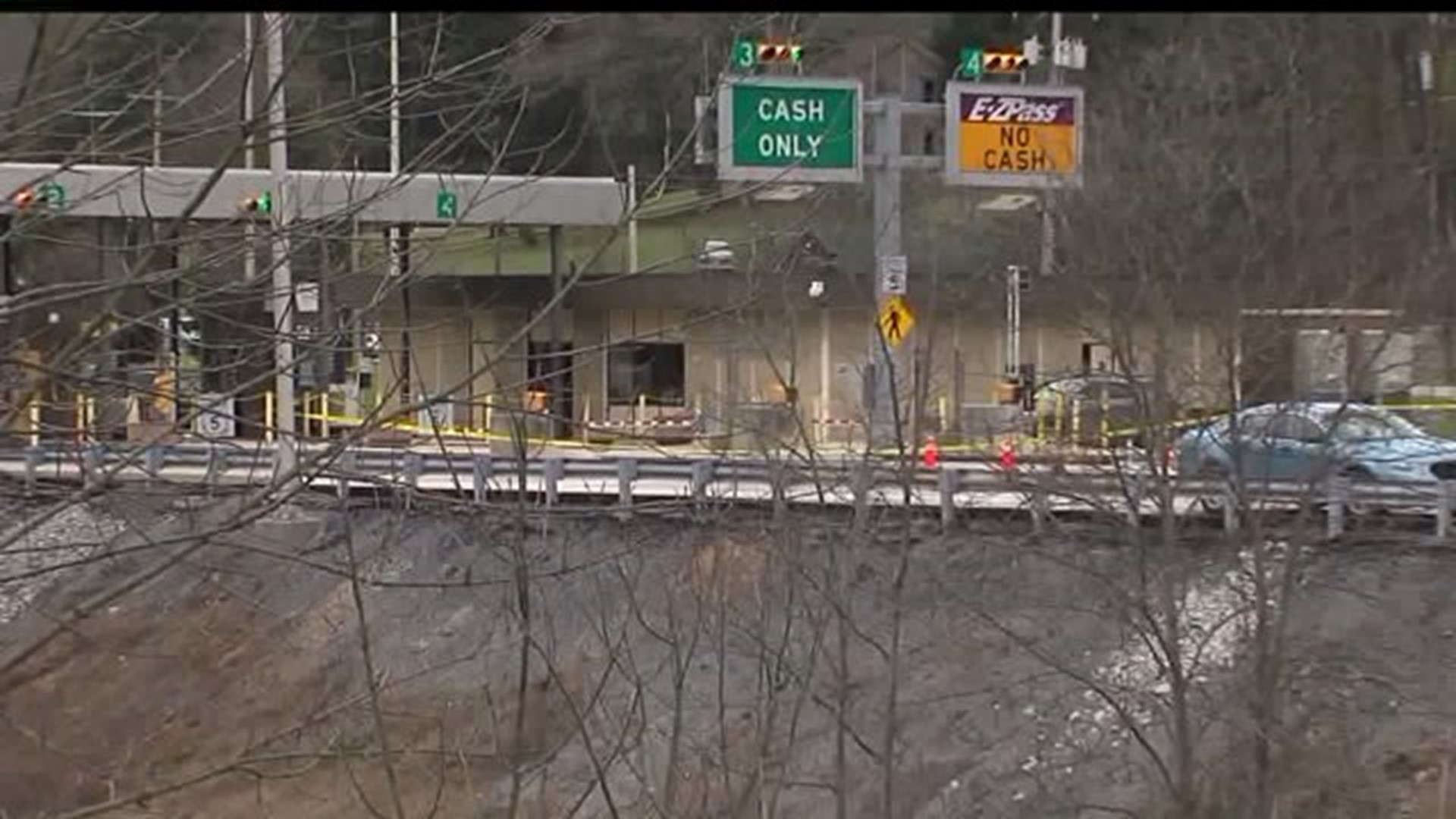 DUBLIN TWP., Pa. -- FOX43 News has obtained the application for a search warrant that State Police filed in order to search the vehicle of shooting suspect Clarence Briggs. In the affidavit, a harrowing account of the incident is related.

Martha Berstresser was finishing her shift as a turnpike collector when the incident began at 6:50 a.m. Danny Crouse was her relief and was getting ready to assume the next shift at 7:15 a.m. Berstresser was in her booth counting money when Briggs walked up to her on foot, pointed a gun at her and ordered her not to push any buttons or make any phone calls. Briggs then ordered both turnpike employees to leave the booth and use their access card to get into the building. Inside, Briggs led them to the employee break room, where he handed the woman a piece of cord, and ordered her to tie Crouse's hands behind his back. She tied the cord loosely so that Crouse could easily escape. When Briggs ordered the woman to turn around so that her hands could be tied, Crouse tried to disarm Briggs. She took the opportunity to run to her toll booth to call for help. She heard at least four shots while she was in her booth calling for help.

Just before 7 a.m., the collection van pulled into the exchange. The woman told the collection crew about the robbery. The security worker, Ronald Heist, jumped out of the van to help Crouse. A short time later, the red collection van ran through her lane without stopping. She stayed in her booth until troopers arrived.

The driver of the van, only identified by his last name O'Keefe, told troopers that Crouse came out of the building yelling and carrying a gun. He had only one shoe on, the driver noted. He told Heist and O'Keefe about the robbery and told Heist to get out with his gun. Heist went around the left side of the building and Crouse ran to the left side of the building. O'Keefe heard one shot and saw Crouse go down to the ground. The next shot hit the side of the van. The driver tried to get out but was pinned by the toll booth. Another shot hit the van and O'Keefe backed out of the booth about 60 feet. He heard more shots and got out of the van. He told troopers he hit the ground along the guard rail with a pulled hamstring. He managed to get behind a jersey barrier. He looked up and saw the robber stealing his van. troopers showed up as the van ran through the toll lane. O'Keefe was taken to Fulton County Medical Center where he was treated for minor injuries.

Briggs' 2004 BMW was parked beside the collection van. The search warrant application says that the trunk was open and money bags and other US currency were in plain view. Briggs was found deceased beside the van with an apparent gunshot wound to the upper right leg. Two guns were found near Briggs.