State Police have identified the person killed in the crash as Evelyn F. Nazario, 57, of Reading. Police say her vehicle, a Pontiac G6, was struck by a tractor ... 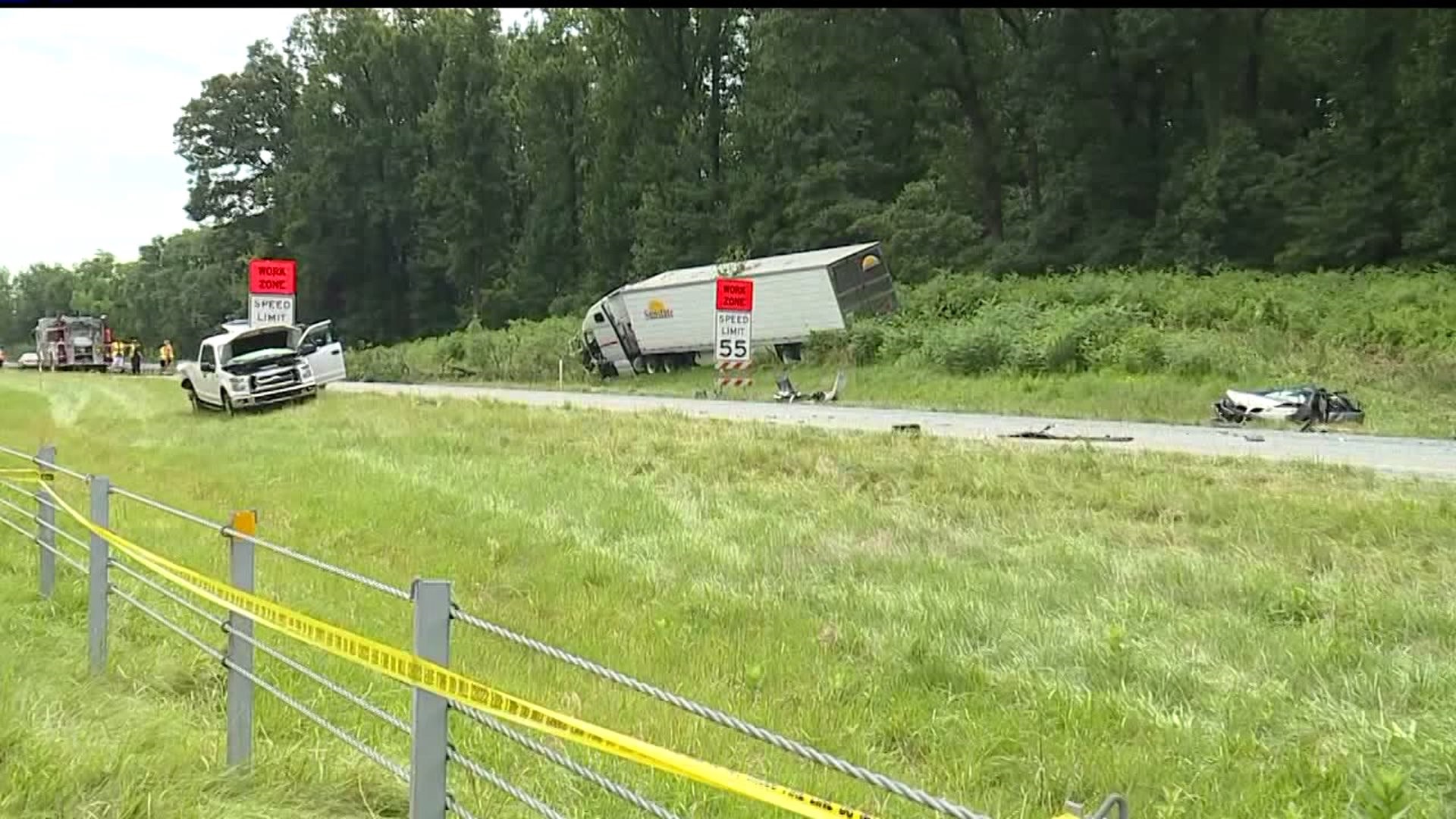 State Police have identified the person killed in the crash as Evelyn F. Nazario, 57, of Reading.

Police say her vehicle, a Pontiac G6, was struck by a tractor trailer truck that failed to stop for traffic in a work zone. After striking Nazario's vehicle, the tractor trailer continued south and struck a Dodge van operated by Heidi A. Witmer, 32, of Conestoga, Lancaster County. Witmer was traveling with her juvenile daughter, police say.

After striking Witmer's vehicle, the tractor trailer struck a Ford F150 operated by Zachariah Denlinger, 33, of Bethlehem, then left the roadway and struck a tree before coming to rest.

All of the occupants involved were taken to area hospitals for treatment. Nazario sustained fatal injuries and was pronounced dead at Lancaster General Hospital, police say.

Police say the tractor trailer was driven by James H. Cofield, 53, of Palm Coast, Florida. Cofield was traveling with his juvenile son, according to police. While it is unclear why Cofield did not appear to brake or slow down, PSP are not ruling out speeding.

"222 has been notoriously known for speeders. We get some high speeds out here when we do speed enforcement," said Trooper James Spencer, PSP. "Again, people just need to slow down when it comes to these kind of things."

Since PennDOT began construction on this portion of 222 in April, there have been multiple fender benders and two major crashes. PennDOT engineers have added extra signage, warning drivers of a single lane ahead, and a 55mph work zone speed limit. PennDOT, along with PSP, are reminding people to slow down, especially near work zones.

"The speed limit signs are up, the pre-construction signs are up," said Trooper Spencer. "Slow down, save a life. Thankfully we don't have more but we did have one fatality, and it's one too many. Slow down and save a life."

Route 222 South has been reopened.

LANCASTER COUNTY, Pa.-- One person is dead and several others are injured after a crash has closed a portion of Route 222 Southbound.

At least one person is dead and several other people are injured after taking to the hospital.

US222 SB in Lancaster County is expected to be shut down for the next 3-4 hours. One person has died, several others taken to the hospital following a crash in the work zone around 8:30 this morning. @fox43 pic.twitter.com/x6Ne7kTJOf

222 south is closed due to a vehicle accident. It expected to be closed for several hours.