HARRISBURG, P.A. — It’s going to be a hot week leading up the the Fourth of July on Wednesday. If the plan is to go out on the boat for the holiday,... 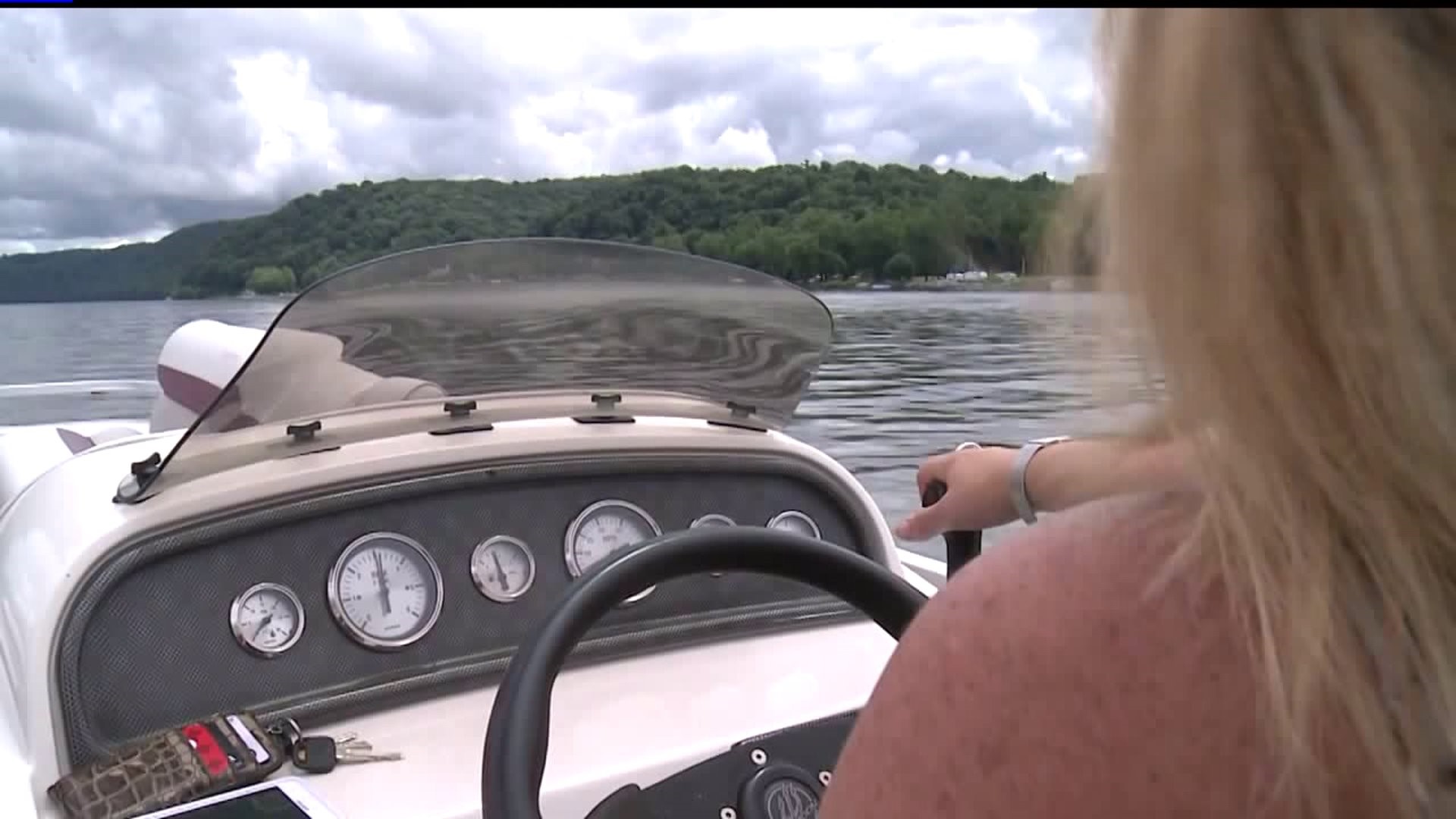 HARRISBURG, P.A. --- It's going to be a hot week leading up the the Fourth of July on Wednesday.

If the plan is to go out on the boat for the holiday, Chief Frank Egresitz with Harrisburg River Rescue said one of, if not the most, important thing to take with you is "knowledge."

He recommends any boaters new to the Susquehanna River area to seek help from locals about dangers on the water, particularly the Dock Street Dam.

His best advice for maneuvering the dam: stay away from it.

He said if a boater doesn't know about the Dock Street Dam, the four-foot tall low-head dam can go unnoticed.

"All you'd basically see is a horizontal line. You don't know it unless you're aware of it, unless you've check out what's going on, what dangers you need to be aware of in the area, you won't know the Dock Street Dam is there until it's too late," said Egresitz.

When he says "too late," Egresitz says from the low side of the damn, it can pull a boat into the face of the dam.

Buoys mark the top side of the dam but they aren't there when the water level changes.

Low-head dams, sometimes referred to as "drowning machines," can cause problems if a boat is pulled into the face of the dam from the lower side.

"The Dock Street Dam, if you get caught in it, is just a recirculating type of hydraulics that are there that tends to hold people, boats and things in against the dam," said Egresitz.

The Pennsylvania Fish and Boat Commission says the city of Harrisburg had a waiver exempting it from having buoys on the low side of the dam.

An official says waivers are given if there is no mechanical means of installing or maintaining buoys near a dam.

Fish and Boat officials says the city needs to decide this week if it wants to re-apply for that waiver status or find "alternative methods" to place the buoys on the low-side of the dam.

A three-year old girl and her mother drowned to death near the Dock Street Dam in May.

After that incident, the city of Harrisburg made plans to add more warning signs near the dam.

FOX 43 reached out to city officials for an update on the plan. An answer wasn't available at the time of publication.

Generally before getting on a boat, Egrisitz said check for good, fresh fuel and sufficient anchor line, which he says is ten feet of line for every foot of water. (I.E. five feet of water = 50 feet of anchor line)

Also, make sure to be in compliance with life jackets.

Law requires one life jacket per person on board.

He and other state officials are pushing sober boating, as well.

Boating Under the Influence, or B.U.I, is treated similarly to drunk driving.

It can cause fatal results--- of the 15 boating-related deaths in Pennsylvania last year, Colonel Corey Britcher with the Fish and Boat Commissioner said three involved alcohol.

"If you are involved in a crash, you're, a lot of times, far away from shore and if you don't have a life jacket on, you put your life at risk just being there," said Col. Britcher.