HARRISBURG, Pa. — Tucked in the back corner of the Pennsylvania House of Representatives chamber is the man who’s been in his seat almost longer tha... 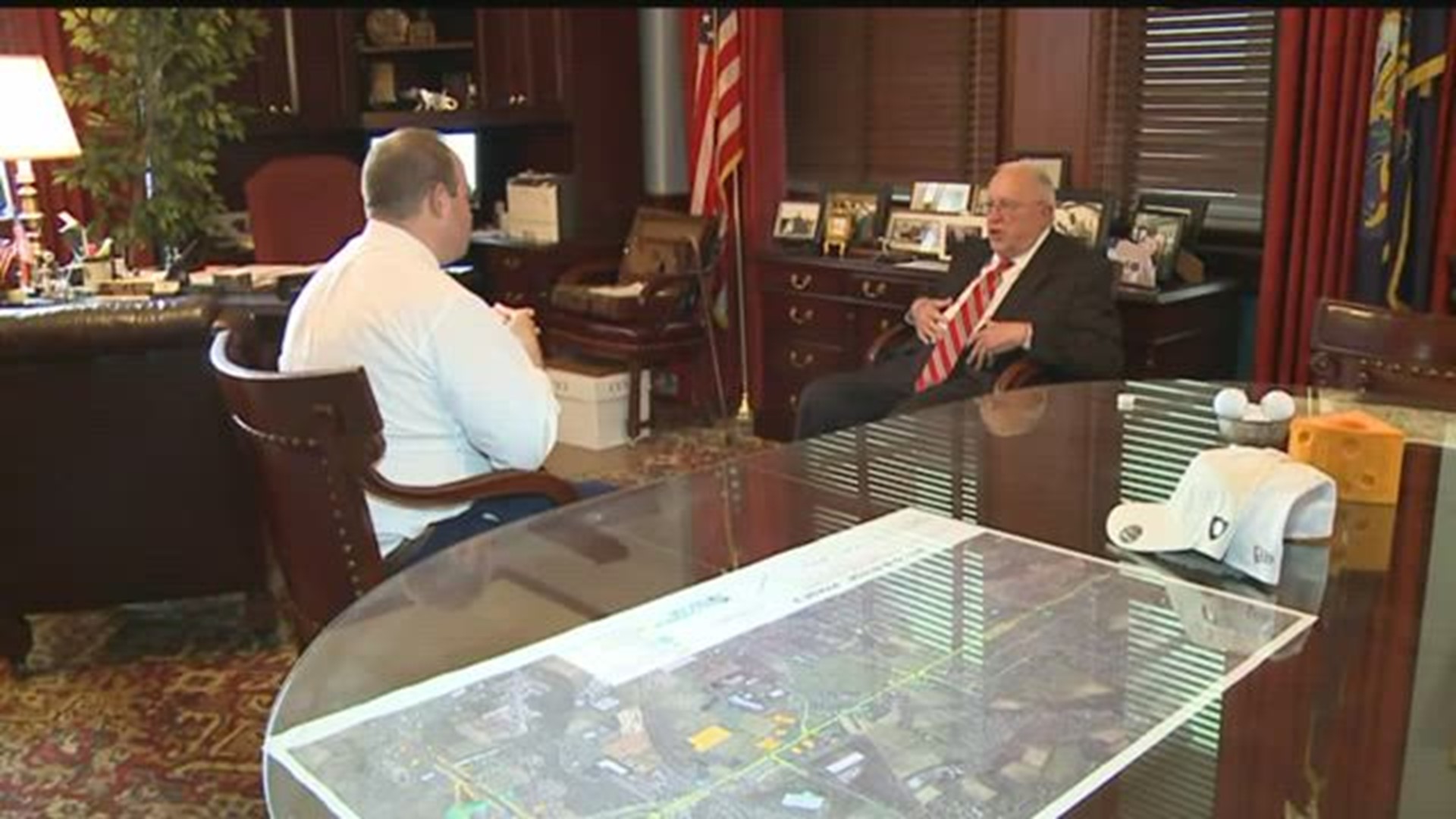 HARRISBURG, Pa. -- Tucked in the back corner of the Pennsylvania House of Representatives chamber is the man who's been in his seat almost longer than anyone else.

State Representative Robert Godshall (R-Montgomery) has quite figuratively -- and from his vantage point, almost literally -- seen it all in 34 years at the State Capitol. He is the second-longest tenured state lawmaker; only Berks County Democrat Thomas Caltagirone, in office since 1977, is longer.

Godshall is a lasting piece of old school politics in a chamber which is getting increasingly younger.

His office is a shrine to more than three decades of public service. Photos of him with celebrities Ted Nugent and Charlton Heston, and Presidents Clinton and George H.W. Bush (Clinton, he says, was "The most intelligent person I ever met in my life."). A lifesize poster of former Philadelphia Phillies first baseman Ryan Howard is plastered on his wall, along with a signed bat; a gift from the team more than a decade ago.

They are memories of a life well spent, given greater appreciation considering it was almost taken from him too soon.

Thirteen years ago, health officials were offering free screenings in the East Wing Rotunda of the State Capitol. Godshall, then 72, was urged to go at the behest of his staffers. A routine physical led to blood work which led to doctors discovering Godshall had a form of bone marrow cancer.

"To me it was unbelievable. As far as I was concerned, I was in perfect health," he said. "I went to the cancer doctor. He told me, multiple myeloma, and there's nothing we can do."

Godshall disagreed. He started by using his pull at the University of Pennsylvania -- himself a graduate -- to get on the list of stem cell treatments. Doctors told him he wasn't eligible by Food and Drug Administration standards, which cut the age at 65 for participants. Godshall underwent the surgery anyway, under the pretense he may not survive.

Instead, the stem cell treatments were successful. He later learned of a drug called Revlimid which was in its trial stages, not yet approved by the FDA. Godshall still takes it today.

"You shouldn't have to be in the legislature to try and save your life," he said. "There are people out there terminal everyday. They should have a chance, if there is something they can find."

Godshall says everyone has the "right to try." House Bill 45 is legislation which would eliminate any legal hurdle patients have in trying drugs which are not yet approved by the FDA as a last ditch effort to save their lives. "Right-to-try" laws exist in 34 other states.

HB 45 passed the State House unanimously in April, by a 193-0 vote. It is expected to land in the Senate Health and Human Services Committee this summer.

The FDA does not have an official stance on "right-to-try" laws. Nor does the Pennsylvania Medical Society.

Under Godshall's "right-to-try" bill, patients would only be able to test drugs known by the FDA in their trial stages. A drug has to go through three testing phases, he says, typically lasting five to ten years. In other words, the bill does not approve or condone trying a foreign drug not known to FDA scientists.