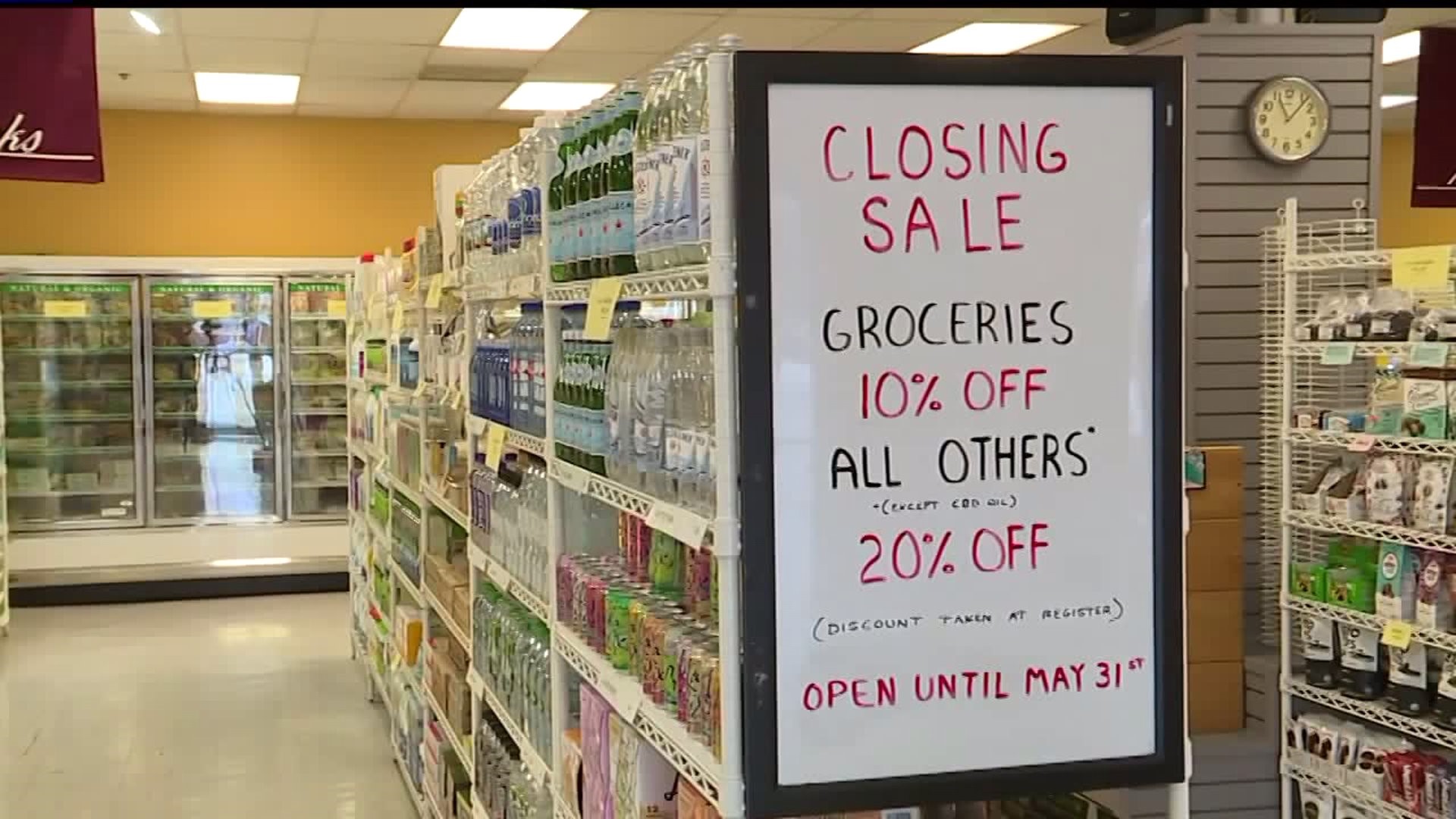 MANHEIM TOWNSHIP, LANCASTER COUNTY, Pa. -- A locally-owned and operated business in Lancaster County will soon close its doors for good.

"They treat you here great, and the employees are great, and they've been here for so long," said Mike Loper Fido, a customer of 30 years.
Rhubarb's Market has been in business for 32 years total.
A local husband and wife, Greg and Sheila Henkel, introduced organics to the community in Manheim Township.
"We were definitely young, and energetic and very optimistic, and everything played out very well. We had two young children at the time," said Greg Henkel. "There wasn't any options for natural organics so were were the first in the Lancaster City area to offer products in that realm."
Now, Henkel says there's more competition.
"With some of the larger natural companies coming in, Whole Foods, primarily and then Wegmans right after them, and with online sales, it's become too challenging for us to continue on," explained Henkel.
"That's the way the world has become. Everybody wants price. Whole Foods came in, I guess now almost a year.... you just don't get the warm feeling you get [here], nobody knows you there. We can talk about our kids here, and that's why you come in," said Fido.

Shutting down is a tough decision the owners say they had to make.

"We've made friendships with people, different employees over the years that no longer work for me but are still friends. That's the hard part, the connection you have with your community and seeing that coming to an end," added Henkel.

Henkel has a message for people as new business continue to emerge.
"Really think about your choices as a consumer, and how that impacts your businesses, everybody likes the big, and new, and shiny, but it really has an impact on people, and quite often, it might be someone in your community," he said.
Henkel says he will continue to stock the store with necessary items until it closes, adding he hopes to sell his last item then.
Rhubarb's last day will be May 31st.
Henkel wants to send his thanks to all the customers and employees who've supported the business over the years.