Researchers warn of Spotted Lanternfly impact on trees and plants 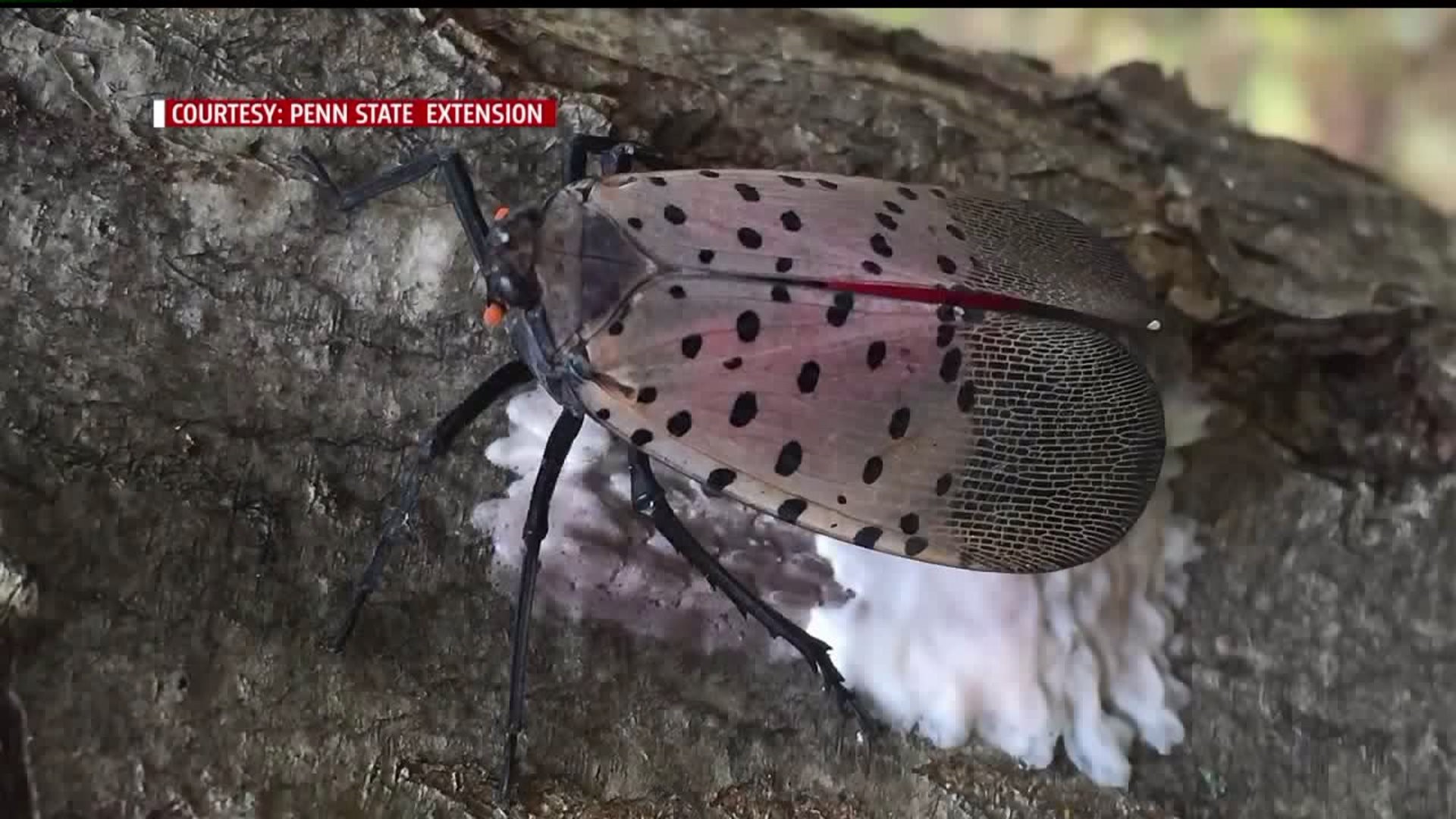 Egg laying season starts in September and goes through December.

After first being found in Berks County in 2014, 13 counties in Pennsylvania, including Lebanon and Lancaster counties, are now under quarantine because of activity by the invasive insect.

It's considered invasive because the Spotted Lanternfly isn't native to the U.S. and there aren't natural control to contain the population.

For homeowners, Don Seifrit with Penn State Extension Berks County said a tell-tale sign of the Spotted Lanternfly is sooty mold or black streaks on trees.

He said it's caused by honeydew left behind by the insect.

A good way to find and stop Spotted Lanternflies, according to Seifrit is with tree or "sticky" bands, which are pieces of paper with glue on them.

"You place them onto the tree and you pin them to the tree with push pins and then as the Lanternfly moves up and down the tree, it gets stuck onto the glue, at which point, it dies," said Seifrit.

Tim Elkner, horticulture educator with Penn State Extension Lancaster County, said the Spotted Lanternfly's sugary diet is a problem for commercial growers in Pennsylvania, especially with woody plants, including tree fruits, such as apples and peaches, or grapes.

Elkner added that normal pest management techniques are helping to manage problems early in the season.

The problem, he says, is  they saw mass migrations from Spotted Lanternflies last year.

He said they would see some farms go insect-free one day and thousands taking it over the next day.

"Certainly, that many insects concentrated on your plants can have a large impact on the crop," said Elkner.

However, Elkner said they haven't seen any damage to vegetable crops.

They believe it's not on the Spotted Lanternfly's menu.

"But as a vegetable grower, if you're sending product out of the county or out of the quarantine zone, it's very important that you're not sending tomatoes and Spotted Lanternflies," said Elkner.

Stephanie Shirk with Penn State Extension said the PA Department of Agriculture asks anyone transporting products, commercial crop or otherwise, to get a designated permit.

She said a half-hour video and subsequent eight to ten question quiz earns the placard, which shows an understanding on managing Spotted Lanternflies.

There isn't a penalty for transporting without the permit but she said businesses can suffer consequences.

Elkner said they will be doing clinical trials this year to learn how to manage eggs in the winter and determining the most effective chemicals or alternative methods to managing them in orchards.

Shirk said they plan to hold public meetings in the winter to update about progress made containing the Spotted Lanternfly.

At Penn State Extension locations in each county, Shirk said they have scraper cards available.

The scraper cards contain information on the Spotted Lanternfly, as well as how to scrape it off a tree and place it in a sealable container or alcohol solution.

For more information from the PA Department of Agriculture on Spotted Lanternflies, click here.

Go to "Quarantine" to find the voluntary permit.

Information from Penn State Extension can be found here.