HARRISBURG, P.A. — The Harrisburg University of Science and Technology is in the early stages of learning the potential for 3D printers. They’re loo... 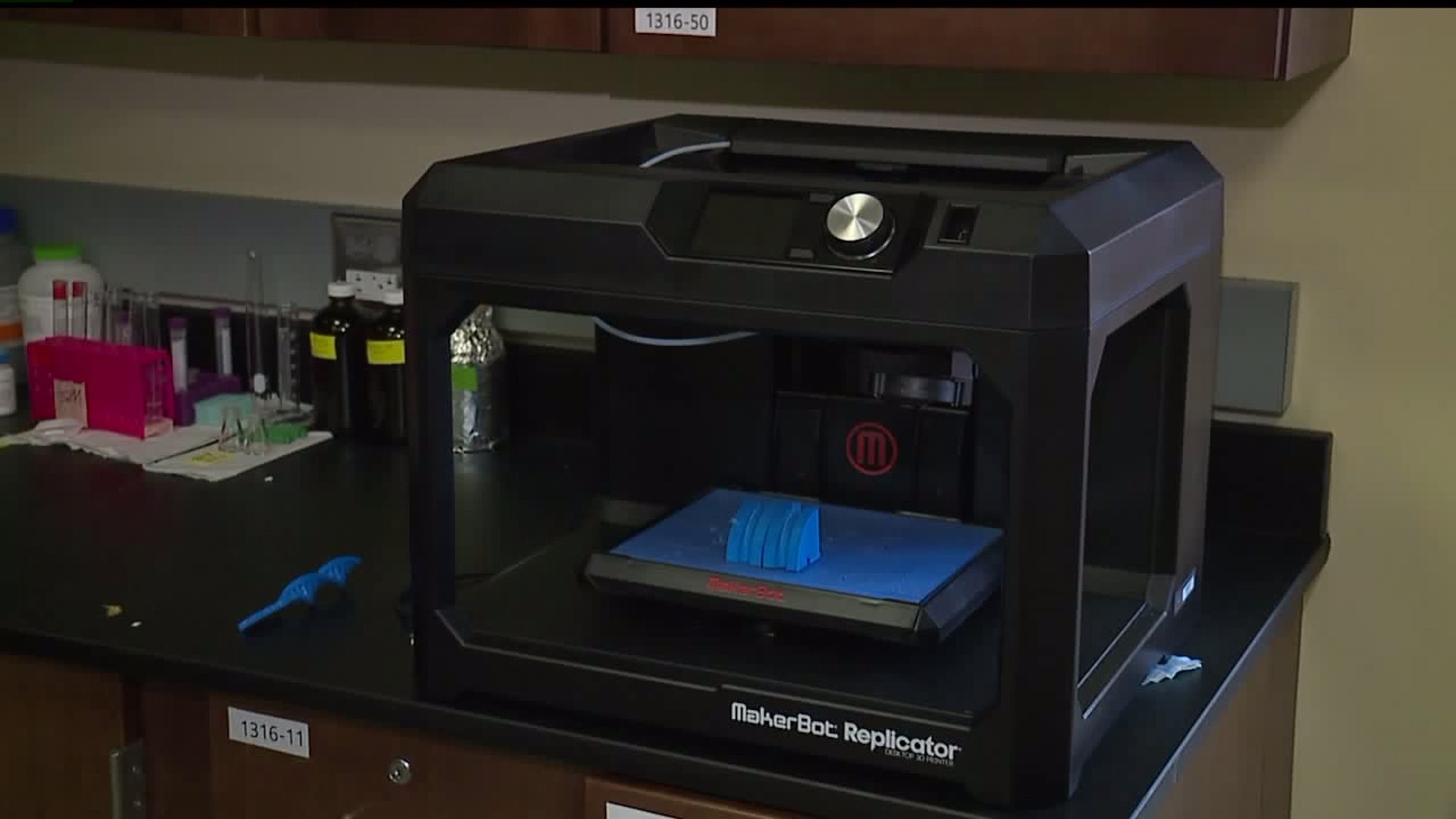 HARRISBURG, P.A. --- The Harrisburg University of Science and Technology is in the early stages of learning the potential for 3D printers.

They're looking to see if it can make healthcare more efficient, safer and more affordable.

Skin grafts cover areas of the body where skin has been severely damaged or destroyed, such as in a burn.

He said some synthetic grafts can be prone to issues like constant readjustment or infection.

They believe the 3D printer at their university could help change that.

"Map the actual area of your graft and have a 3D printer actually print a biological material called calogen that would fill in your skin graft absolutely perfectly," said Dr. Mitchell.

Students scanned the dog and gave it a theoretical wound.

Then, they scanned the wound is to determine its depth and dimensions.

As a result, they created the graft would fit the wounds measurements.

She said the grafts would be grown from the cells of the patient to avoid any rejection from the body.

"We're actually putting the cells in place and just tell them, 'now you figure out how to become a part of that wound and that body,'" said Dr. Pattarkine.

Their other goal: to make the technology affordable and portable.

Using blocks, they believe the 3D printer can actually make smaller replicas of itself.

EMTs could be equipped with portable scanners, like an EKG (electrocardiogram), to send vitals of a patient to a physician before even arriving at the hospital.

"Bring down the costs and the power consumption so that it's very useful in developing countries as well as countries like ours," said Dr. Mitchell.

The concept is in prototype stage, as they say students are working to prove the technique of creating grafts and portable scanners can work with 3D printers.

They hope to have proof by the end of the year, where they will look for further funding from grants or venture capital to put it into production for clinical trials.

The focus is on grafts now, but Dr. Pattakrine said "this is just the beginning" as she believes 3D printers can one day mend vital organs below the skin.