Republican lawmakers call on Attorney General to step down

A grand jury recommends criminal charges against Attorney General Kathleen Kane, according to a report in the Philadelphia Inquirer. They stem from her allegedl...

A grand jury recommends criminal charges against Attorney General Kathleen Kane, according to a report in the Philadelphia Inquirer.

They stem from her allegedly leaking secret information to a newspaper. The charges include perjury and contempt of court.

Republican critics are calling on her to step down. Rep. Stephen Bloom (R-199) is co-sponsoring legislation to impeach her. 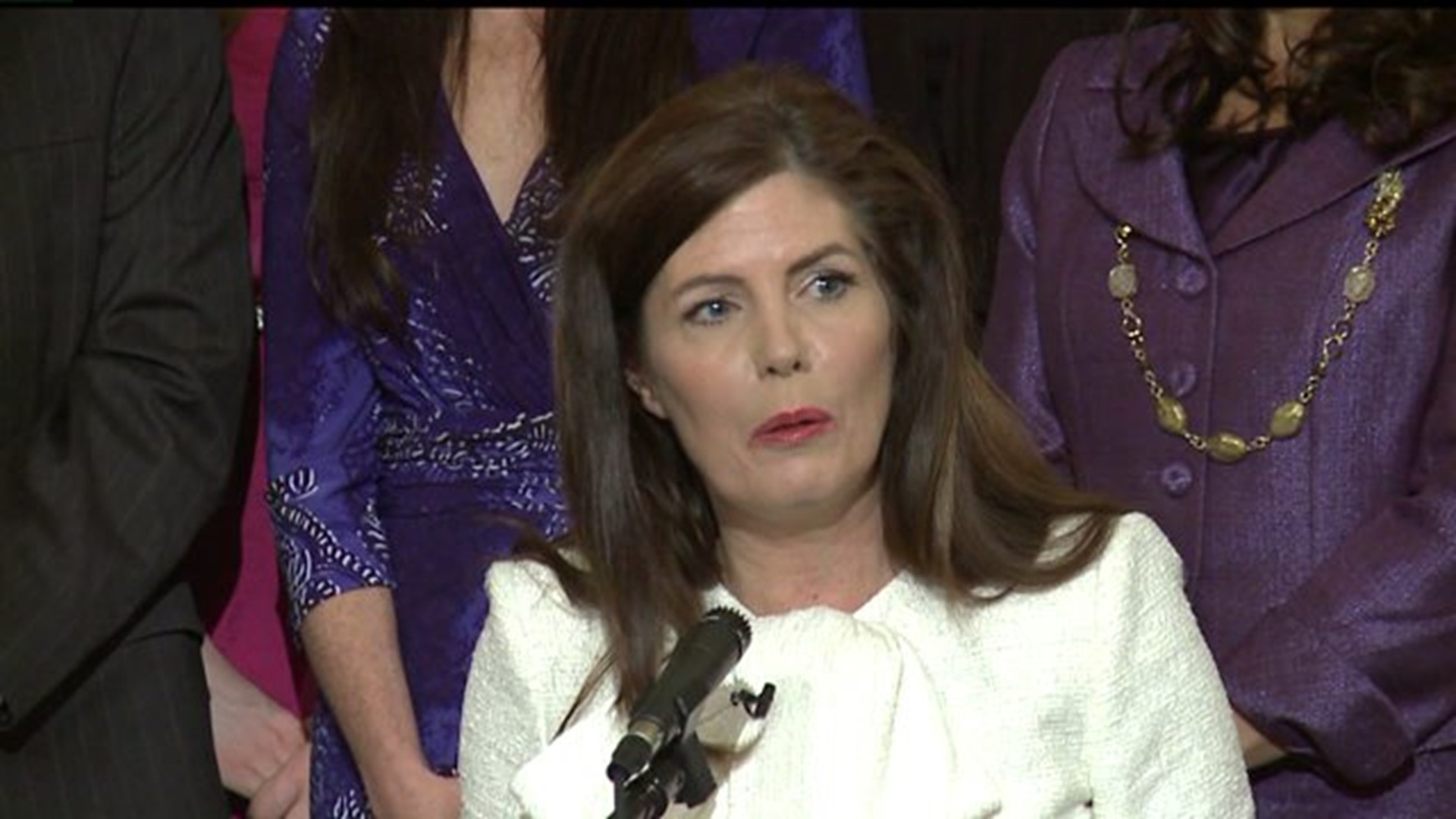 "Attorney General Kane has displayed a series of bizarre and legally questionable actions, so these latest allegations really don't come as a shock," Bloom says. "I think they've undermined her ability to serve as the Commonwealth's top law enforcement officer."

The grand jury's findings now go to the District Attorney in Montgomery County. She will decide whether to arrest the Attorney General. Reports say she plans to conduct an independent investigation on the findings, which could take months.

“I cannot confirm the posted report in the Philadelphia Inquirer of any presentment issued by the Grand Jury regarding Attorney General Kathleen Kane. If such is the case, then it is my understanding that it is up to the Montgomery County District Attorney to make a judgment as to whether to proceed against the Attorney General. The Attorney General has done nothing wrong or illegal and, to my knowledge, there is no credible evidence that she has. She told the truth to the Grand Jury at all times. I hope the District Attorney will reach same conclusion.

“This anonymous leak to the Inquirer about this alleged presentment could be, in and of itself, a possible violation of the state Grand Jury Secrecy Act. I wonder why the supervising judge who appointed the special prosecutor to investigate the Attorney General hasn’t initiated a grand jury investigation of this leak or any of the other previous leaks from this same Grand Jury process.”