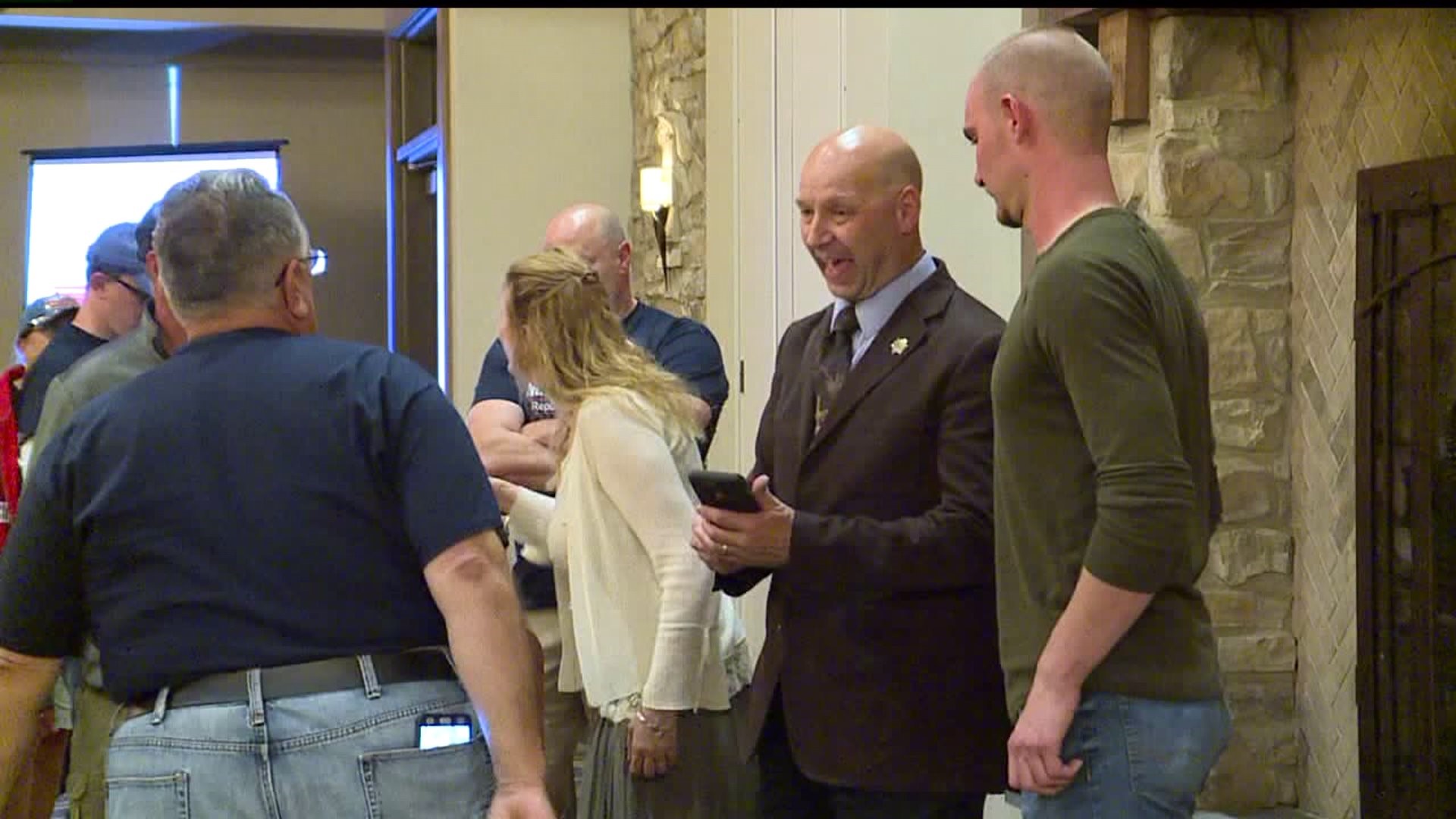 "Thanks to your hard work and dedication we have a victory here," said Doug Mastriano, 33rd District State Senator-Elect. "The country and the state is worse off than how we got it from our fathers and our mothers and so I can't stand aside that's why I am in this fight I am in it for you," he added.

Democrat Sarah Hammond, competing for the spot, receiving only 25 percent of the votes.

She had this to say:

“Today, intolerance won in south Central PA. Though we had a lot of support -  from Republicans who refused to stand for these unjust morals, as well as Democrats, independents, and third parties - we have made strides in many of our precincts. We’ve turned Hanover, my hometown, officially into a purple district with numbers we have not seen in this district before, and we have been so inspired and humbled by the support we have received from our people. My hope is that Mr. Mastriano makes the choice from here forward to stand on behalf of our people, and to learn to support ALL of our citizens. I believe in improvement and will be holding him accountable between now and 2020. My team and I will be reorganizing soon and working hard again to flip this district for our people in 2020.”

Mastriano's supporters say his 30-year military experience, stance on pro-life rights  and the second amendment gave him their vote.

"Personal liberty and individual freedom always will win in this country," said Bobby Lawrence, supporter. "It may stumble, it may fall but it will always win and it will always ring true," he added.

"Having thirty years experience and seeing his resume of the types of things he was a part of shows me he has good leadership skills and leadership ability," said Levi Bownman, supporter.

Others say it's his strong family values that gave him their vote.

"We have a large family of six children and everything that we stand for and would vote for at the polls it lines up with what Doug believes," said Becky Waltz.

Mastriano will fill the open state senator seat of Richard Alloway, a Chambersburg Republican who resigned in February.

"What I say I mean and what I say I do," added Mastraino. "With Gods help together we'll take back Pennsylvania and we'll make the 33rd District greater than it ever has been thank you and god bless you all."