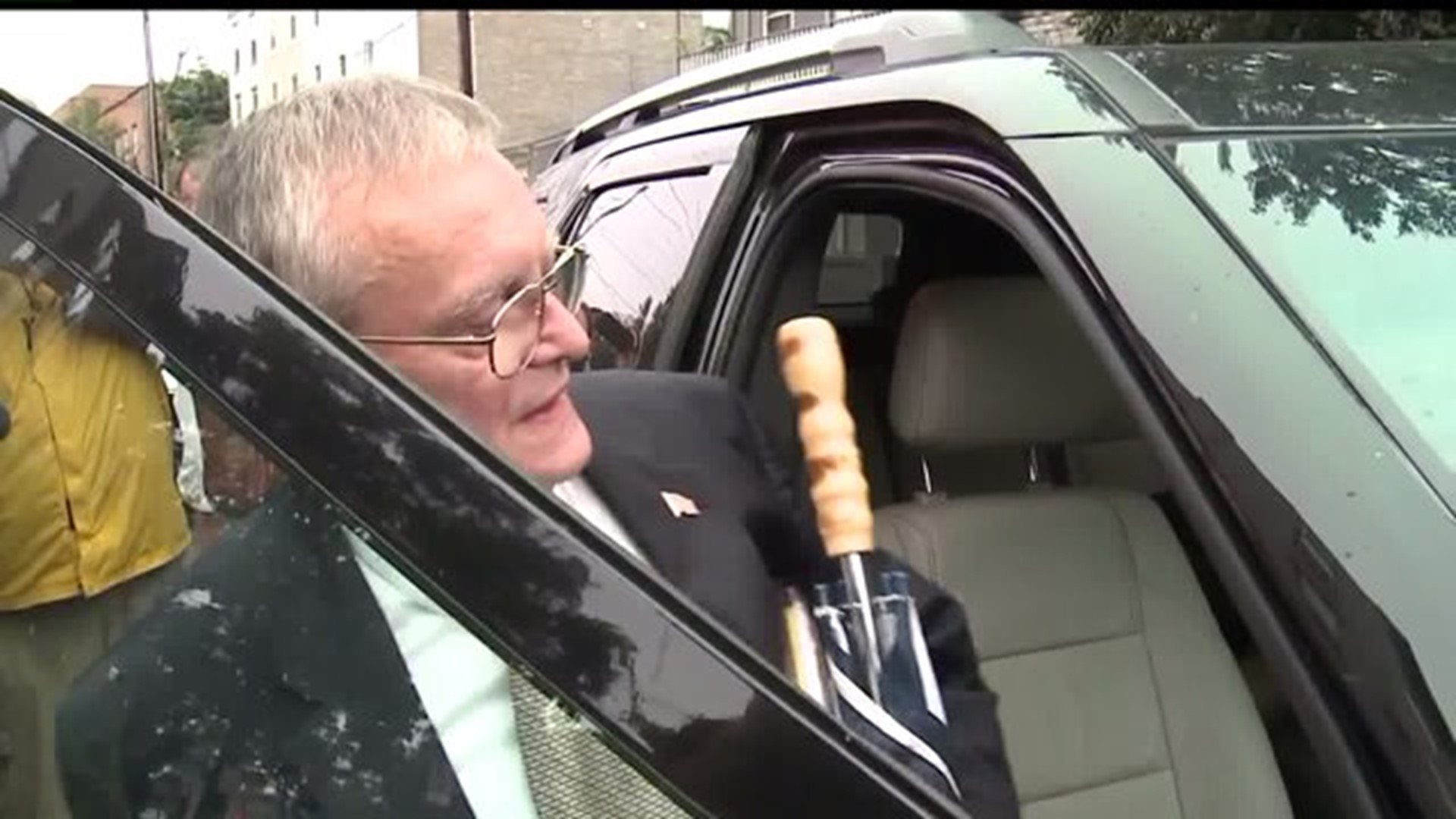 HARRISBURG, Pa. -- A grand jury has filed 17 criminal charges, consisting of 499 criminal counts, against former Harrisburg Mayor Stephen Reed, alleging corruption, theft, deception, and bribery.
Pennsylvania Attorney General Kathleen Kane, who faces her own legal troubles, presented the grand jury's findings Tuesday. Her office essentially accused Reed of turning the City of Harrisburg corrupt during his tenure in office. Among the charges Reed faces include corrupt organizations, theft by deception, theft by receiving stolen property, theft by unlawful taking, bribery in political matters, and tampering with physical evidence.
"This is one of the most disturbing cases of public corruption this office has investigated," Attorney General Kane said. "Mayor Reed used taxpayer money to further his own interests. His conduct is at the root of the fiscal issues that continue to plague the City of Harrisburg today."
The Attorney General's office claims Reed used millions of taxpayer dollars for his personal benefit, using public money to purchase approximately 10,000 historical artifacts. Reed initially claimed the artifacts would go towards museums but instead sat in his home and other storage spaces before federal agents recovered them in June.
"City funds are not to be used for personal property," Kane said. "This is not a game that crushes this city, our commonwealth’s capital, pushing them into a debt so massive theyre digging themselves out of for many many years to come."
Among the artifacts agents found in Reed's possession include a life-sized Sarcophagus, a full suit of body armor, and a "vampire hunting kit." Many of the items, according to the grand jury presentment, were not authentic. Reed was also accused of using artifacts to recreate his own mayor's office from his tenure.
Madden Clarke of the Attorney General's office who took part in the investigation into Reed, said, "One person testified to the grand jury when Mayor Reed came to town, the fakes came out, and the prices came up."
Accusations against Reed include:
"What was most disturbing about this case for me is that it went unchecked for 20 years," Kane said. "There was no watchdog here."
Reed went before a judge Tuesday morning for his arraignment. He was released on $150,000 bond. He was also ordered to turn over his passport and is not allowed to leave the state unless he is granted permission.
Following Reed’s arraignment, he released this statement:
“I am concerned that misperceptions and politics are intertwined in these accusations. I regard service as mayor to be a sacred trust and a calling to high and noble purpose. With the help of good staff and many people who love our city, major progress and projects were accomplished. I devoted my life to the city of Harrisburg, and I look forward to waging a vigorous fight against these charges.”
Kane said the case into Reed is an "ongoing investigation", with more charges against more people expected to come. Included in that is former Harrisburg police captain Richard Pickles, who is accused of going on "paid vacations" to find pick-up artifacts Reed had already paid for.
"He would travel around country to locate artificats that Reed purchased and pick up," Attorney General Clake said.  "Captain (Pickles) would collect salary to go to Key West and Portland, trips which had no purpose. He would be paid, then go on vacation, and the mayor would change his vacation to administrative leave with pay."
His preliminary hearing has been set for July 24th at 9 a.m. However, the judge says that date is subject to change.

WATCH his statement after his arraignment: