YORK TWP., Pa. – Three students have been suspended from York County School of Technology after a short video with a racial epithet circulated via social ... 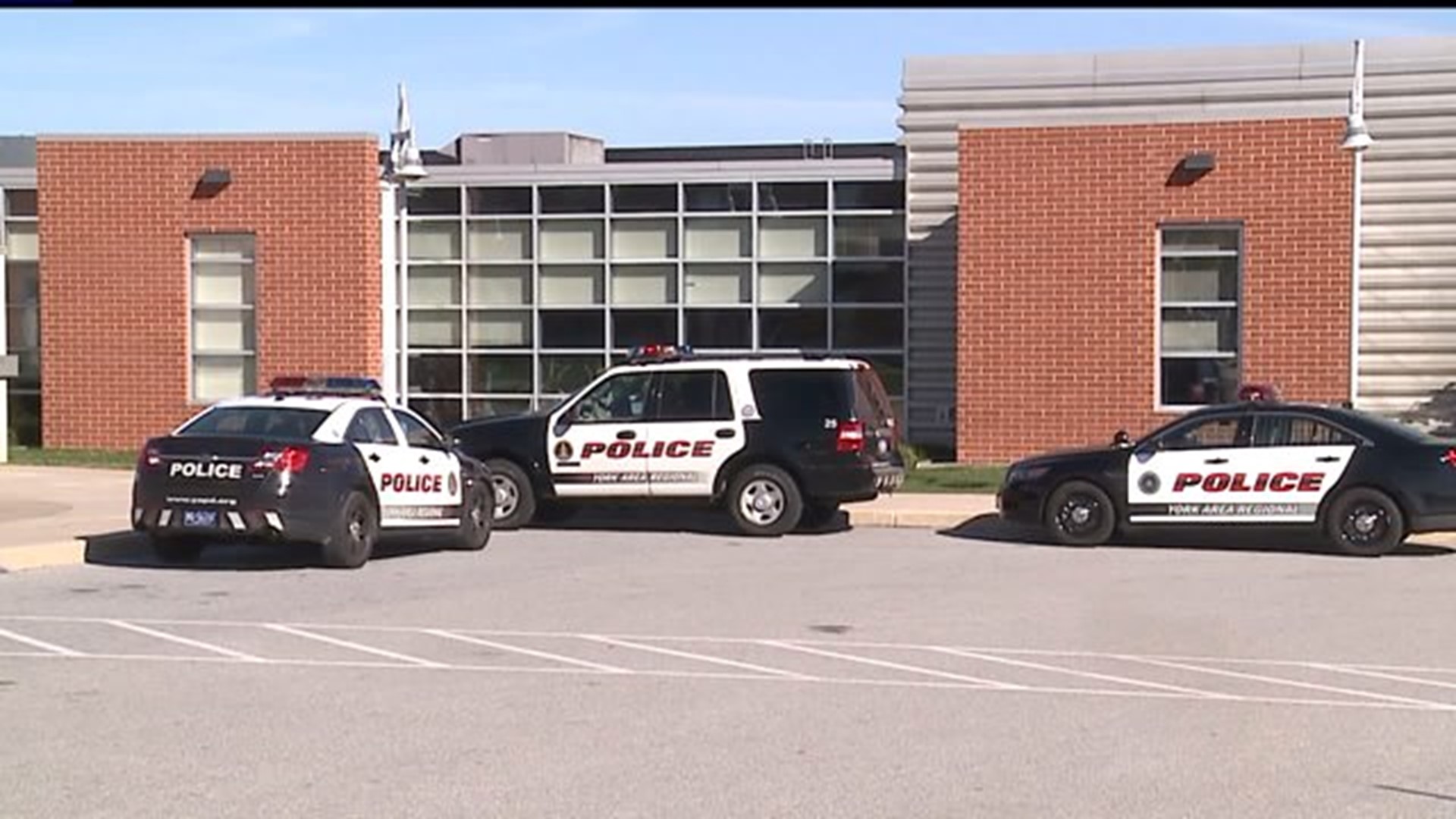 YORK TWP., Pa. - Three students have been suspended from York County School of Technology after a short video with a racial epithet circulated via social media.

The three-second video shows two students carrying a Donald Trump campaign sign through a hallway at the school on Wednesday. A voice can be heard saying, "White Power."

The video set off a maelstrom on social media and was accompanied by reports of minority students in the school being harassed.

Parents who reached out to FOX43 said the school was not responding to questions about it. Administrators did not respond to repeated attempts by FOX43 to obtain comment, although they responded to other outlets.

There was an increased police presence at the school Thursday because of threats of violence made in response to the video.

"The school resource officer did some investigation on these posts [and] found out most of them were made from people that weren't even involved with the school, just people hopping on, making exaggerations," Lt. Tobin Zech, with the York Area Regional Police department, said.

"While we all know people harbor their true feelings until they believe it is okay to act out, it appears that yesterday's incident was isolated and the school is doing all they can to regain a sense of normalcy," she said in a prepared statement. "I beg of the school personnel to keep the conversation and positive events that highlight our differences going."

Students at the school say the problems have been ongoing for months.

"They have been calling me Mexican saying I need to get sent over the border, they whistle at me and my friends like we're dogs, they call us 'Papi,'" Eibreha Drayden, a student at York Tech, said.

Students and parents say the racial tensions seemed to come to a head after Trump was elected.

"They're aware that there is a racism issue, but the election, we believe, made people more vocal to feel like they can use this as a way to say how they really feel," Karen Snyder, Drayden's mother, said.

Students say they are angry because they believe racism should have no place in a school.

"They go to the school, they're getting the same education that we are but because they're doing these things, it's stopping us from having that opportunity," Victorria Markle, a York Tech student, said.

Students say they are planning a blackout, meaning they will wear all black tomorrow in protest. A separate protest is also expected outside the school at 11 a.m. Friday.