HARRISBURG, Pa. — They are probably the last group you would expect to rally for medical marijuana, but more than 50 clergy members from throughout the st... 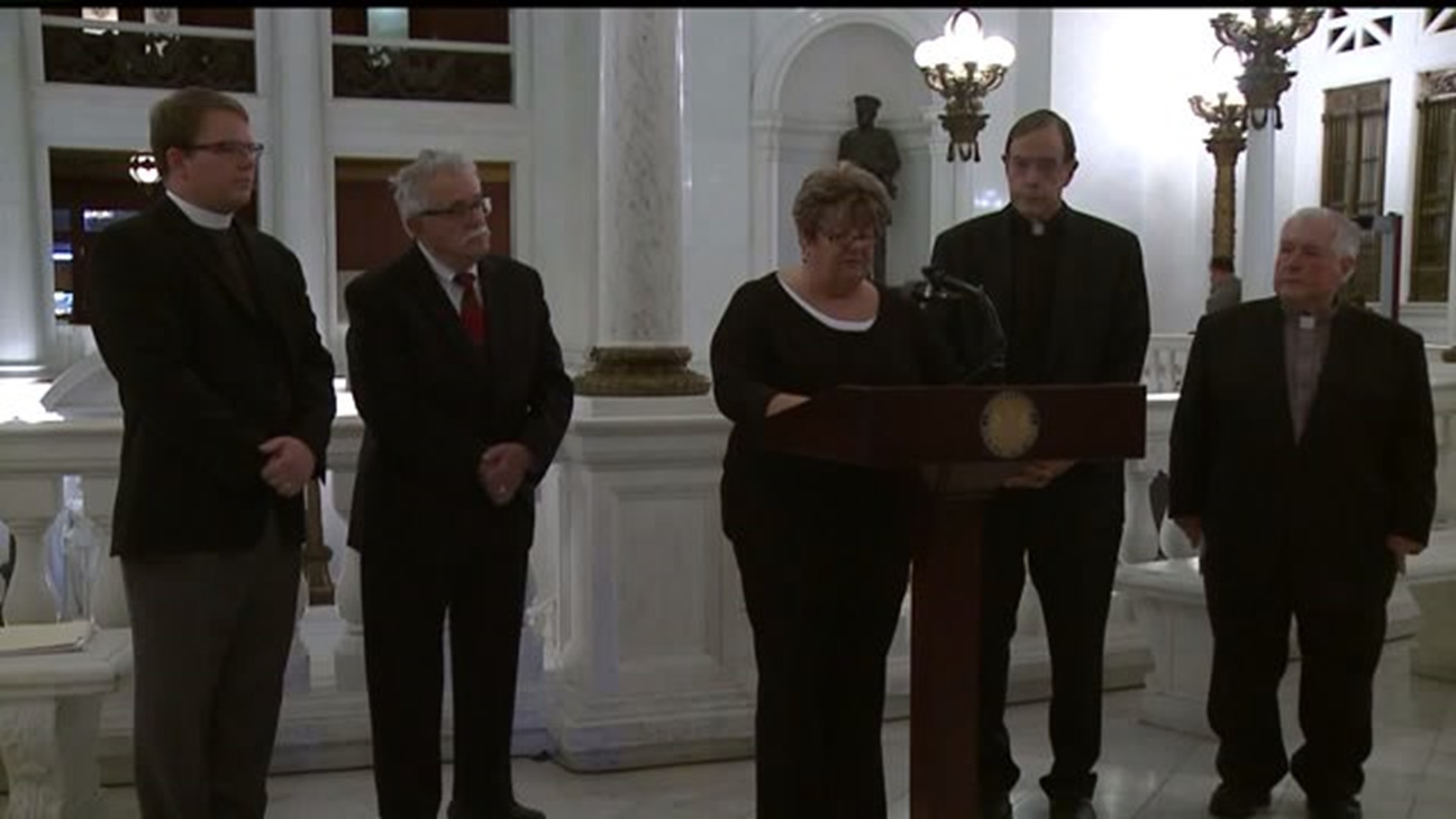 HARRISBURG, Pa. -- They are probably the last group you would expect to rally for medical marijuana, but more than 50 clergy members from throughout the state did just that at the State Capitol in Harrisburg Wednesday.

From pastors to rabbis, the diverse group held a press conference outside of the Lt. Governor's office to show their support for medical marijuana legislation.

"It's what we need to do. It is what Christ would do, Christ would help them," said Reverend Bonnie Whittier of Christ UCC in York County. For her the issue is personal. One of the members of her congregation, Jackson Salemme, suffers from Epilepsy. "It's the least I can do for them," she said.

Jackson's mother is grateful for the support from faith leaders. "Them standing strong behind parents, patients, and caregivers, I think it's incredibly important, and it's a powerful statement," said Cara Salemme.

Salemme also had a message for lawmakers, "Look at your fellow man and make this bill about the patients and not about the politics. There are real people and faces behind this legislation that we are fighting for," she said.

The religious leaders signed a statement urging lawmakers to take action,  click here to view the list of signers.

After the event they visited with lawmakers to further show their support.