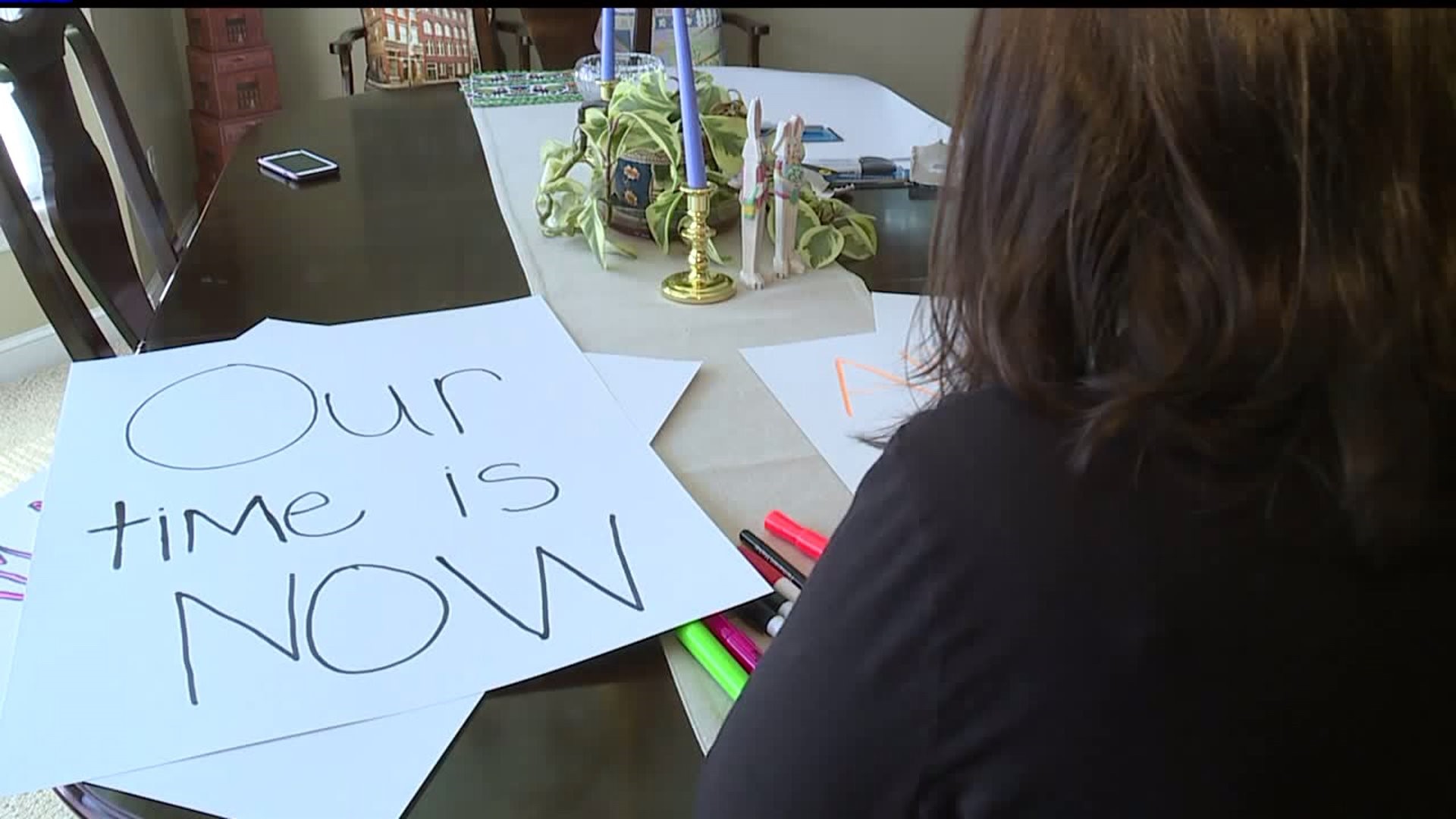 The organizers of the York March for Our Lives event, which is happening Saturday, hope to deliver a message to Pennsylvania lawmakers.

28-year-old Maggie Holroyd will be spending the rest of the evening making posters.

That’s because Saturday, she will be rallying for a change in gun violence in York, alongside three of her former Red Lion Junior High School classmates who organized the event.

“Fifteen years ago in the Red Lion Junior High School we had a school shooting and that morning I happened to be early and normally I wasn’t early," said Holroyd.

Holroyd was in 7th grade when it happened and remembers it like it was yesterday.

“We heard a noise and didn’t really know what was going on," said Holroyd. “We started to see a teacher run down the hallway and say get into the room, drop your things, move as fast as you can, get into a room," she added.

14-year-old student, James Sheets fatally shot the school principal, and then himself.

“You kind of feel after every shooting I could be doing something, you felt for these people, you empathize with the students and teachers that and administrators that have lost their lives," added Holroyd.

“We want to urge our legislatures to come together to find some sort of action to help end these shootings," she said.

For her, the event is all about giving survivors and victims a voice.

“We don’t want to make it a political issue our goal is not to take guns away, we want to bring everybody together to have that conversation to compromise so that we can find a way to make our schools safe," Holroyd added.