HARRISBURG, Pa. — Anyone who wants a gift for their son or daughter this holiday season can get one at Recycle Bicycle in Uptown Harrisburg. They will hav... 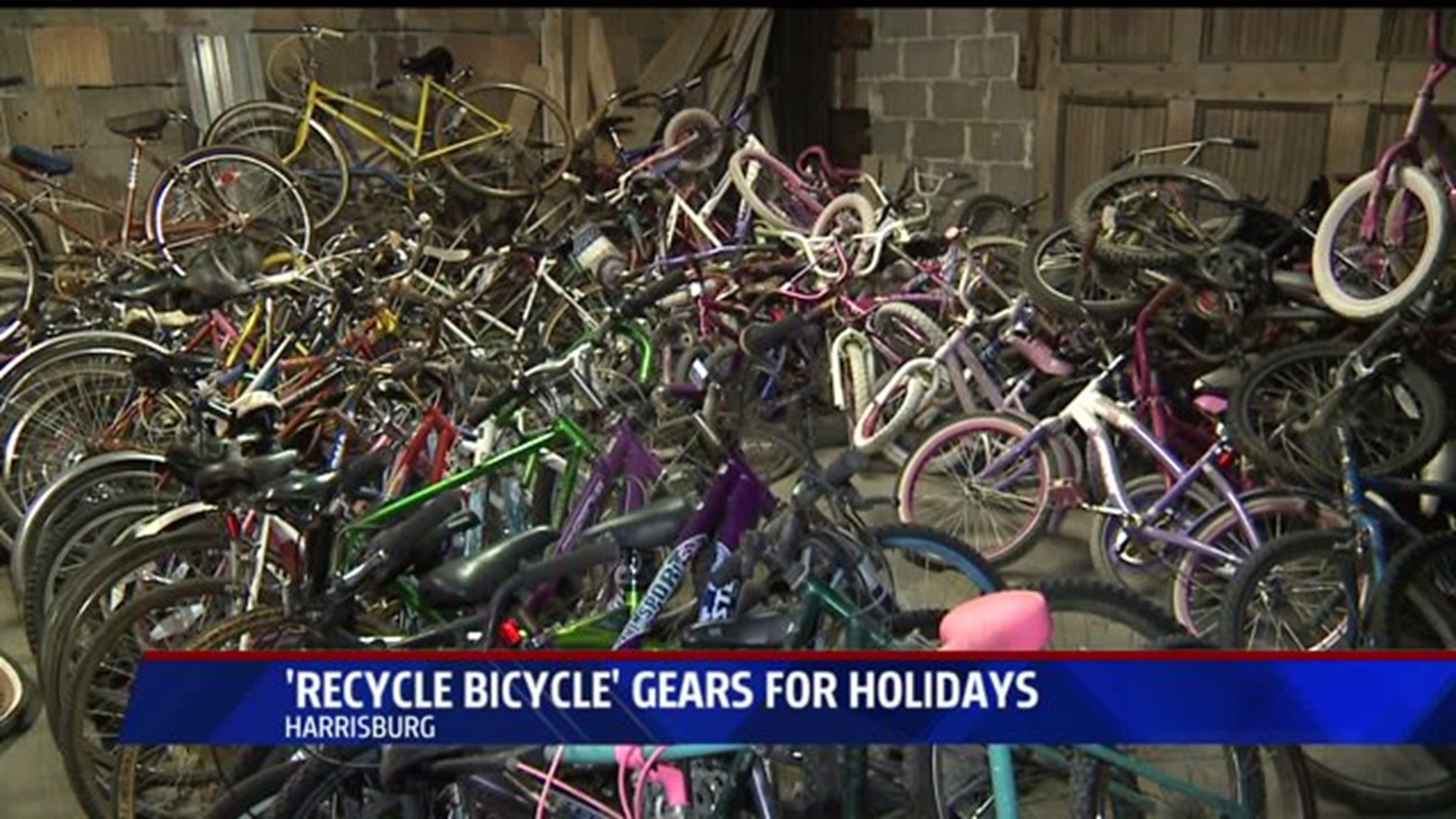 HARRISBURG, Pa. -- Anyone who wants a gift for their son or daughter this holiday season can get one at Recycle Bicycle in Uptown Harrisburg. They will have to work for it, though.

The bike shop on Atlas Street, which takes used, often broken down bicycles and builds them back up, is in the process of preparing for its holiday season haul. Its warehouse stores around 500 abandoned bikes, according to Recycle Bicycle director Ross Willard. Around 250 of which, he says, will be given to kids across Central Pennsylvania around Christmas.

Each bike is free of charge, but costs one's time, effort, and work.

Recycle Bicycle isn't your typical bike shop. Willard receives bike donations from area police departments, bike stores, and bike clubs looking to dispose of old bicycles. Volunteers then help build the bikes back to where anyone can take one if they need it. Those volunteers, however, are often times former inmates; men and women in halfway homes looking to find their way back in the real world.

Ross Willard hopes they can find themselves on a bicycle they put together themselves.

"The title might be 'Recycle Bicycle', but it's really recycle people," he says.

Beginning in late September, Willard begins to shift gears, if you will, towards the holidays. Of the approximately 500 bikes sitting in the Uptown Harrisburg warehouse, nearly half will be given out to kids whose family cannot afford gifts for Christmas.

"When a dad comes in and asks, 'Can I get a bike for my kid?' They pick out a bike, pick up a toolbox, and what does that kid now think of his dad? His dad is his hero now. Truly, his dad has built him a bike," Willard says.

Many of the volunteers at Recycle Bicycle are halfway home residents, looking to increase their community service hours. Others, like Jenifer Donnelly of Lower Paxton Township, are bike enthusiasts, who just have a passion for cycling.

"To think some kids will see Christmas morning that they have a bicycle to ride, I think its a great gift," Donnelly says. "We're really paying it forward."