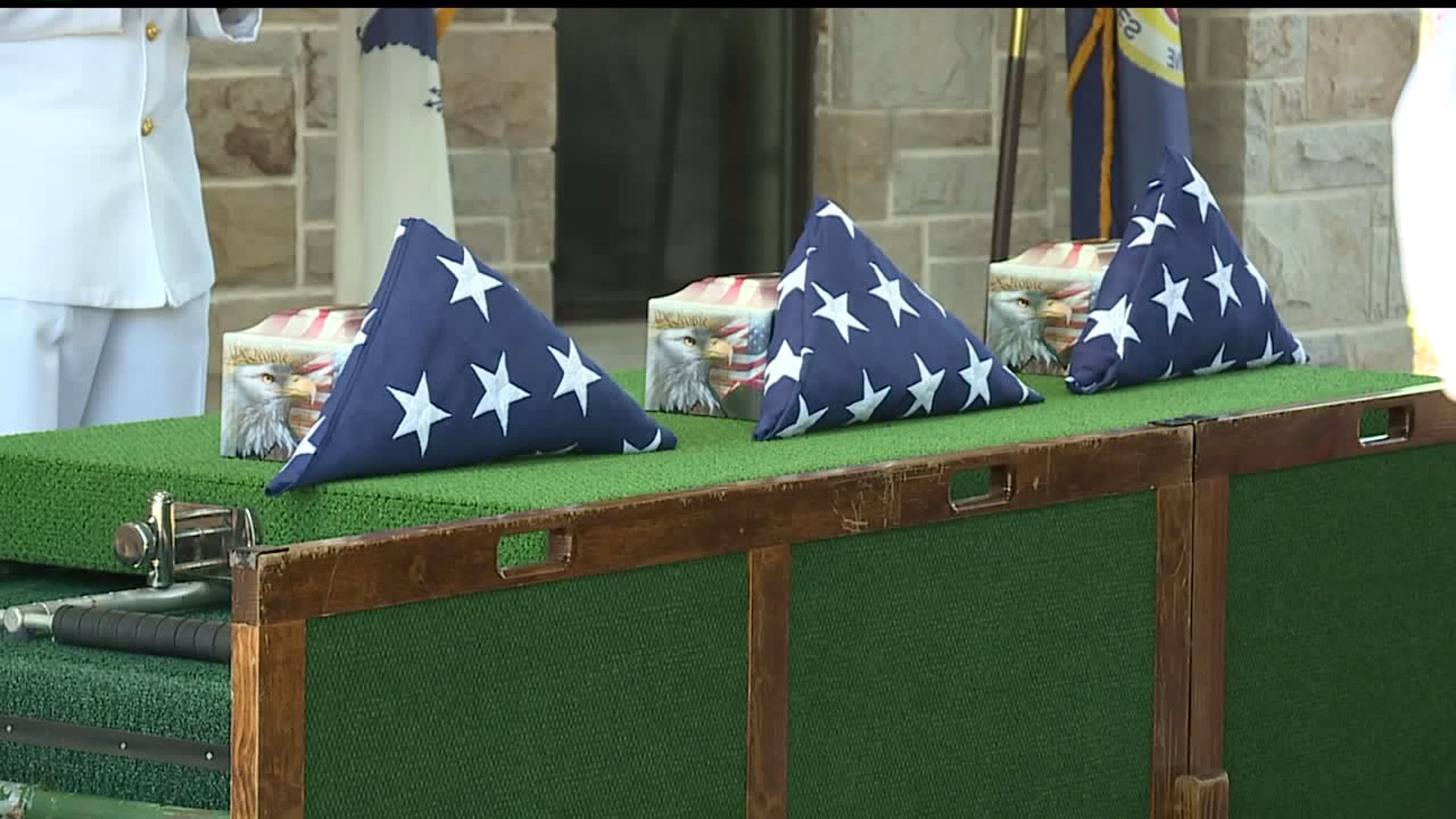 The Lancaster County Coroner's Office identified them as veterans after they were almost buried in a ceremony for unclaimed individuals in October.

A procession that started at the coroner's office transported the man with a hearse donated by Groff Family Funeral and Cremation Services.

Family of William Warmkessel joined numerous others, including service men and women from all branches of the military, in Thursday's ceremony.

His father, Gerald, who is a veteran, himself, accepted the flag in honor of his son.

He was surrounded by siblings of William, among others.

"It's been a long time coming and it's well deserved. He served his country and it's wonderful they did this for him," said Warmkessel's sister, Sharon Presto.

Described as smart, Warmkessel's family remembered him by what he did outside of the service.

"If you're from Lancaster and played trivia, you knew who Bill was. That was a big thing for him, he was Billy Warmth," said Presto.

The two other veterans, Leed, Jr. and Wardell, had their flags accepted by Lancaster Coroner Dr. Stephen Diamontoni, in the absence of family.

"They're family members who served honorably and gave a good piece of their life to our country," said Dr. Diamontoni.

While the three men were set to be buried in a ceremony of other unclaimed individuals, he also said they're glad to give them a funeral, matching their service.

"Because they served in the military, they deserve a very special place in our hearts and we need to do something very special to honor them," said Diamontoni.

He said his office's next step in the process is to reunite the flags they accepted with the other veterans' families.