NORTH CODORUS TOWNSHIP, YORK COUNTY, Pa — People living along Codorus Creek in York County are on edge after floodwaters reach the perimeters of their hom... 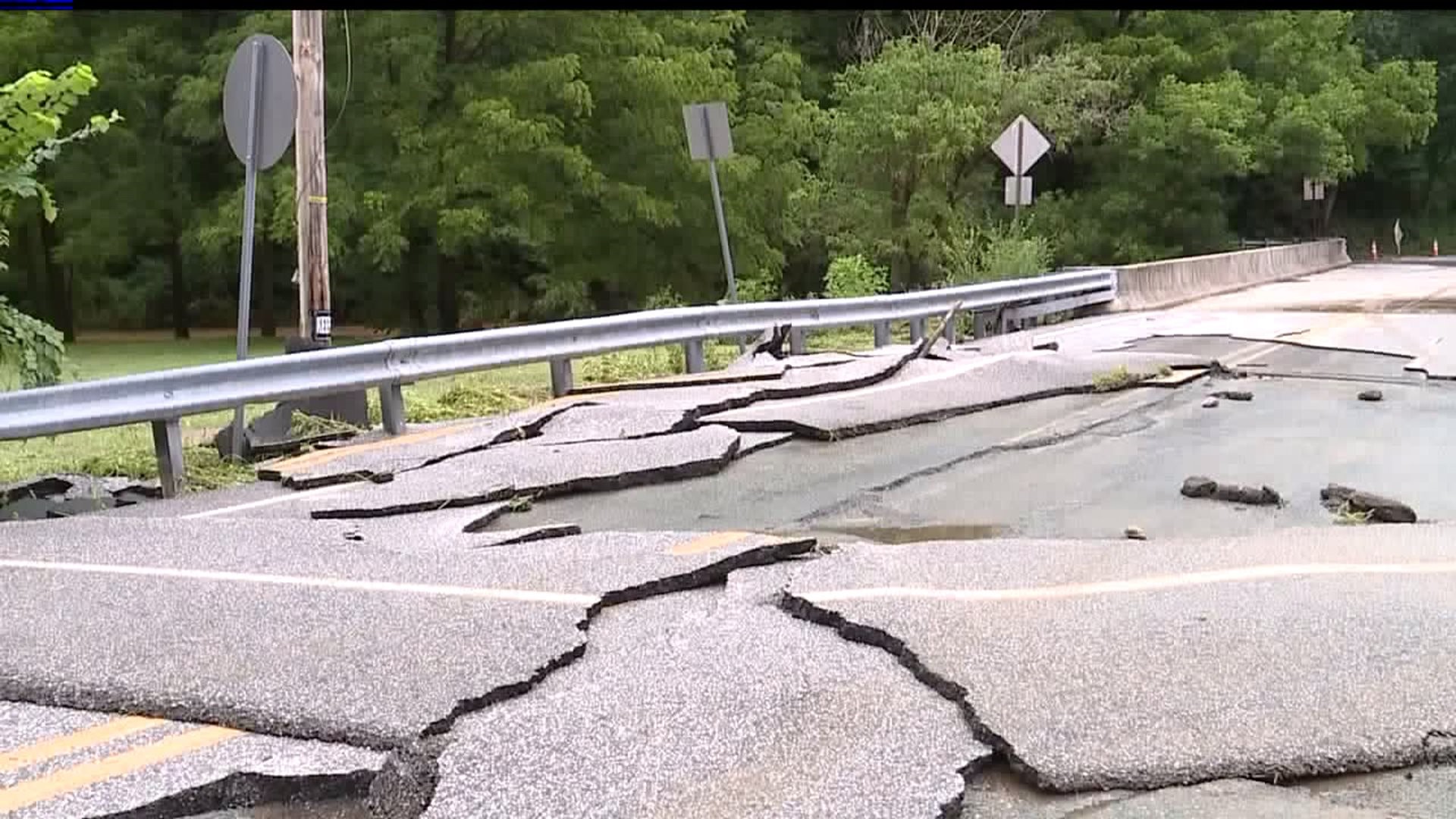 NORTH CODORUS TOWNSHIP, YORK COUNTY, Pa -- People living along Codorus Creek in York County are on edge after floodwaters reach the perimeters of their homes.

"Generally it stops a little bit, we get a little bit of a reprieve but this time, not so much," said Debbie Stoops, of North Codorus Township.

Debbie Stoops, who lives on Glatfelter Road says one of the most concerning things about the flooding is when it recedes.

She tells FOX43 on Wednesday morning, she watched the road she uses every day completely fall apart.

"It sounds like a freight train going by, seriously it's really loud," said Stoops.

"The current is extremely swift and the road just picks up and you start to see an edge and then it flips over and it's gone," she added.

For Shannon Ickes, who lives one door down from Stoops, her biggest fear is the continued rain in the coming days.

"The water has been just a river over all of this area," said Shannon Ickes, of North Codorus Township.

"We got everything out of the lower cabinets and put it up on the tall kitchen counters and my vacuum is up there too because because of just the anticipation of what it could do," said Ickes.

She says that even though the water has receded for now, living there for as long as she has, she knows it's only a matter of time before it quickly rises right back up.

"All you can do is stress cry and pray to God that it just dissipates," said Ickes.

Krebs Road in Codorus Township, York County was also closed after reports that the road was splitting.

As a reminder, if you see a flooded or damaged roadway, make sure you turn around and try to find an alternate route.