A big crowd at a driver’s license center is not unheard of. “A lot of people have off on Fridays so it tends to be a day when we see a lot of customers,” said A... 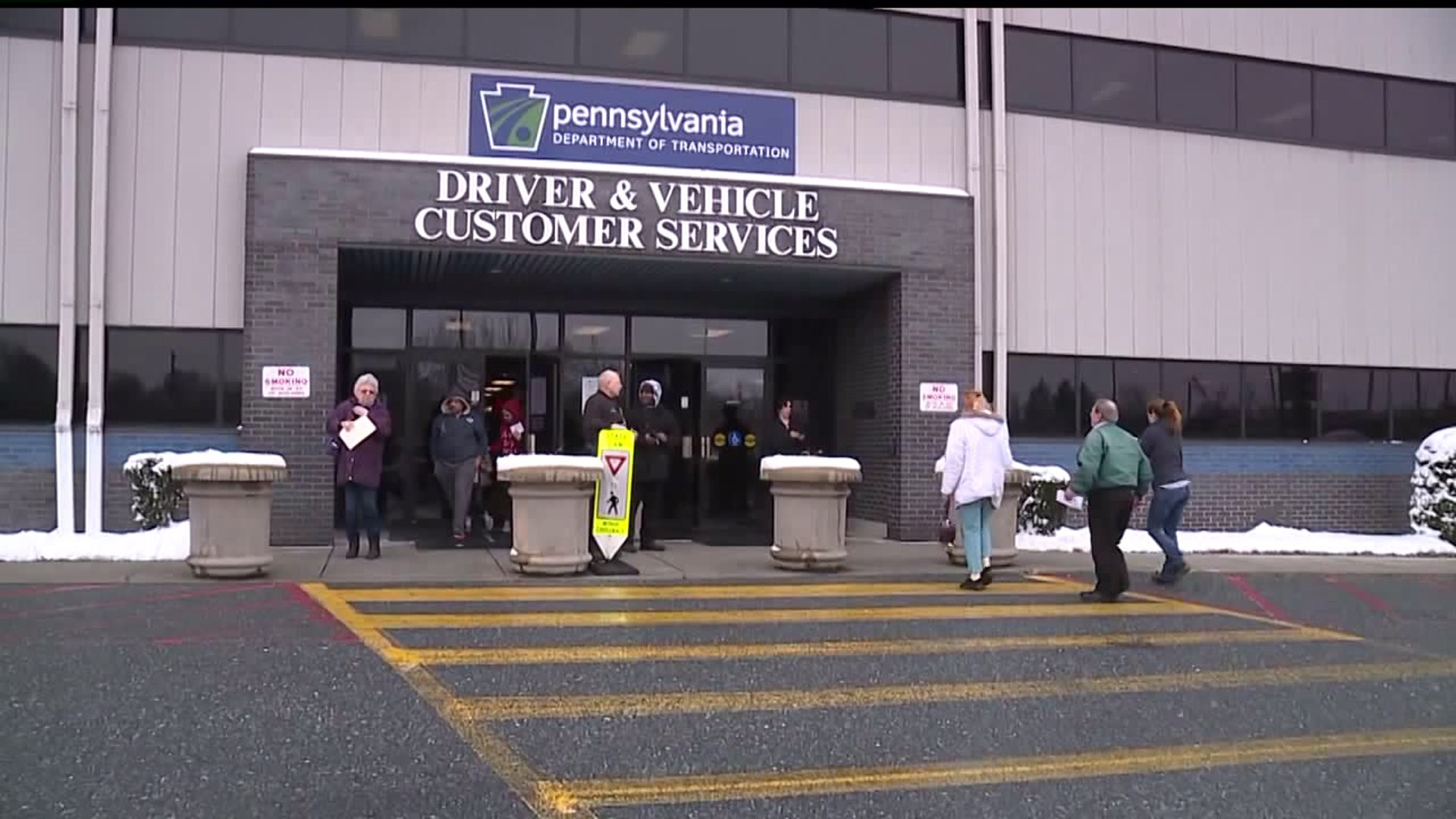 A big crowd at a driver’s license center is not unheard of.

“A lot of people have off on Fridays so it tends to be a day when we see a lot of customers,” said Alexis Campbell, community relations coordinator for PennDOT.

But today, that crowd may be even bigger, now that Real ID’s are available for the first time.

“I told my boss I was going to get my new Real ID and I put three hours on the calendar,” said Matthew Cesare from Linglestown.

“We had to go to the DMV first and show all of our identification and then get a special paper to bring here,” said Nanci Kenyon of Lemoyne..

Campbell tells us 180,000 people, like Nanci and her son Jerod, got pre-verification for their Real ID.

Now that it’s available, plenty of others applied today.

“There’s been a lot of excitement around real id for a long time, so it’s been really highly anticipated,” said Campbell.

Once approved, all people have to do is apply online to get it in the mail, or head to a Real ID Center to take it home on the spot.

Here in Central Pennsylvania, there are currently two centers: one on Route 30 in East Lampeter Township, Lancaster County, and another in East Pennsboro Township, Cumberland County.

“I had to renew my license anyway, so my son said, 'Well, March 1st is Real ID, so you might as well get the Real ID,'” said Kenyon.

“I’ve never been out of the country so I don’t have a passport, and I’m going to be traveling soon and I want to make sure I’ll be able to fly with the new license,” said Cesare.

Come October 2020, Real IDs will be one of the federally-acceptable forms of identification needed to board a domestic flight, enter a military base, or enter a federal facility.

Standard ID’s will no longer cut it.

Campbell suggests people get their Real ID’s sooner rather than later.

“We anticipate that a lot of people are going to try to get it the closer we get to October, so we think next summer it’s really going to ramp up. So the earlier you can get in and take care of stuff, the easier it’s going to be for you in the long run,” said Campbell.

Campbell says people going to get a Real ID will be placed in a separate line so that regular services are not disrupted.

To get your Real ID, you will need proof of identity, such as a passport or birth certificate. You will also need your social security card, proof of all legal name changes, and two proofs of address, such as a bank statement or utility bill.