Reaction to Kathleen Kane’s decision not to seek re-election

HARRISBURG – The shockwaves from Attorney General Kathleen Kane’s decision not to seek re-election are far-reaching throughout the state. Political ... 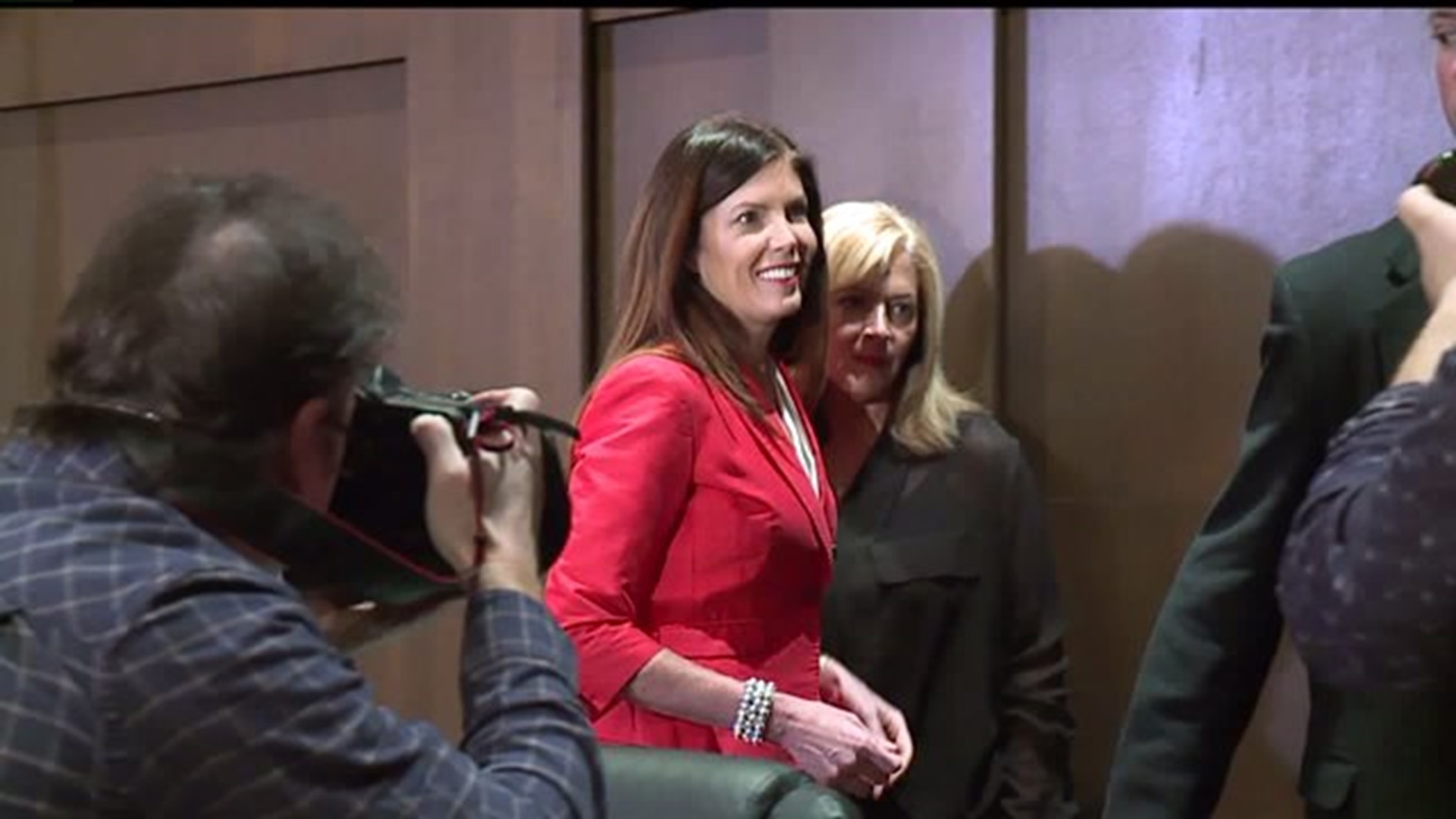 HARRISBURG - The shockwaves from Attorney General Kathleen Kane's decision not to seek re-election are far-reaching throughout the state.

Political opponents of Kane said the move is a step in the right direction, but said they will not stop until Kane resigns her post.

Stilp says he received confirmation from the Pennsylvania Department of State Tuesday that it will investigate allegations and evidence provided by Stilp that he says shows Kane is using campaign funds to pay for her legal defense. Kane is awaiting trial this summer in Montgomery County on perjury and other charges stemming from allegations she leaked grand jury information to reporters to get back at political rivals.

Meanwhile, Kane's announcement is also expected to have an immediate impact on this year's attorney general race.

" It won't be enough, I don't think, just to say, 'Vote for me, I'm not Kathleen Kane,'" Sarah Niebler, a political science professor at Dickinson College, said.

Early polling had Kane up by double digits against her three opponents in April's Democratic primary, but Niebler believes that was likely due to her name recognition compared to her challengers.

The three Democrats in the primary, to be held in April, are Northampton County DA John Morganelli, Allegheny County DA Stephen Zappala, and Josh Shapiro, the chairman of the Montgomery County Board of Supervisors.

Instead, Kane opting to sit out the race could have the effect of narrowing the focus of their campaigns.

"They won't be able to run solely against Kathleen Kane," Niebler said. "They'll actually have to run against one another, whereas she would have been an easy target to be the focus of that campaign. Now they'll have to talk to each other and have to talk about the issues."