DENVER, Pa. (WPMT)-Diamond jewelry, designer watches, rare coins – hundreds of items that have been unclaimed for years will soon be up for bid at an auc... 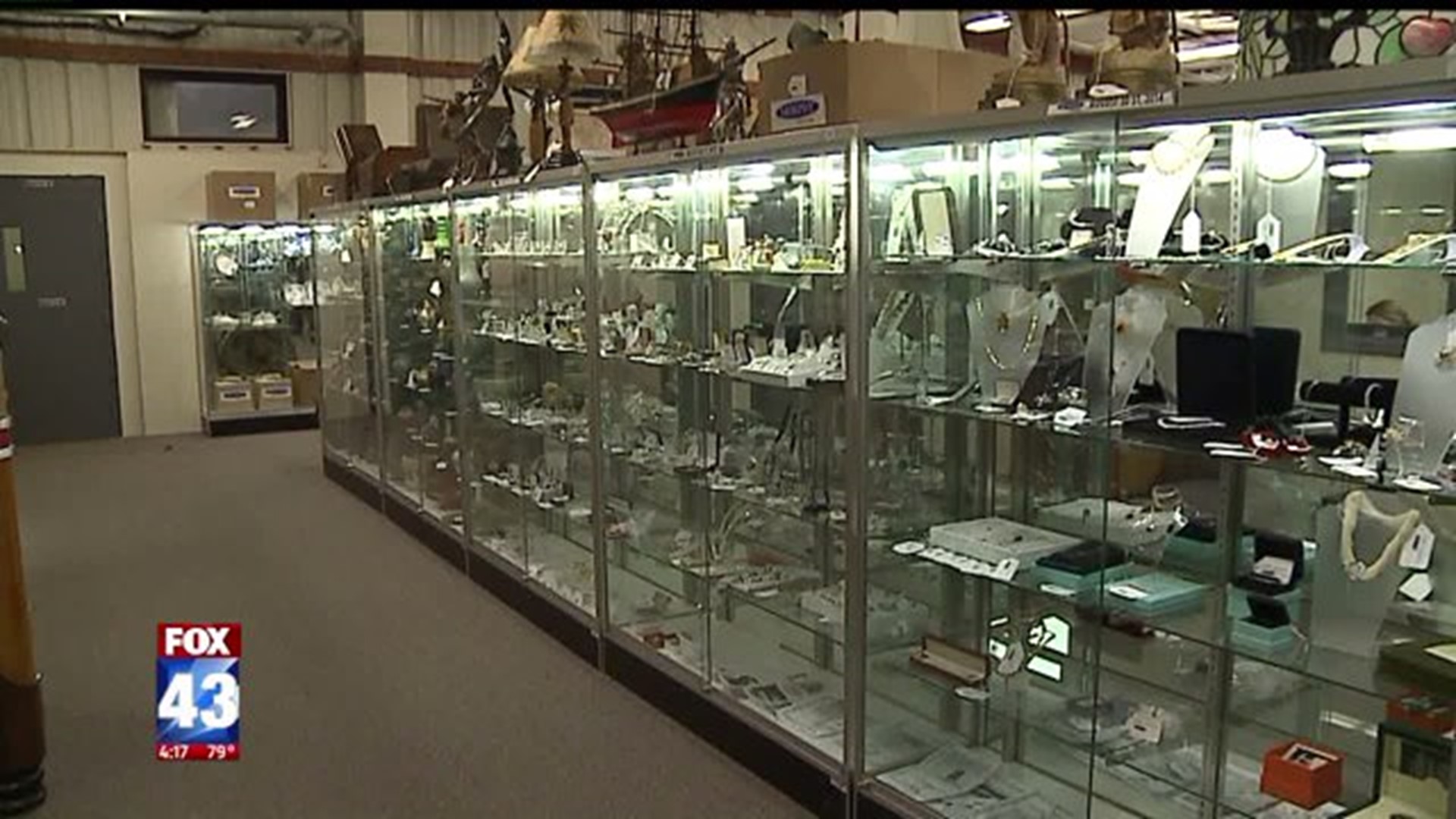 DENVER, Pa. (WPMT)-Diamond jewelry, designer watches, rare coins – hundreds of items that have been unclaimed for years will soon be up for bid at an auction conducted by Morphy Auctions in Denver, PA, State Treasurer Rob McCord announced today.

It is part of Treasury’s ongoing effort to maximize revenues to the Commonwealth from property that is unlikely to be claimed.

“Our ongoing partnership with Morphy Auctions has proved incredibly valuable, with items from the Pennsylvania Treasury fetching $459,161 over five separate auctions,” Treasurer McCord said. “Valuable not only for the Commonwealth, because these proceeds help generate revenue for the benefit of all Pennsylvanians, but also valuable for the property owner or heir should they ever come forward because they will be entitled to the proceeds the item earned at auction.”

Morphy Auctions will include 554 items in a fine and decorative arts auction on Saturday, August 30 and Sunday, August 31. Notable items to be sold include a platinum filigree ring with diamonds, an eagle gold piece dated 1912, a Tiffany & Co. gold and platinum diamond-encrusted crescent pin, and a 1968 Jerry Koosman and Nolan Ryan rookie card.

All of the items included in the sale have been unclaimed for more than three years and have undergone the required due diligence and advertising, which makes them eligible for auction under Pennsylvania’s unclaimed property law.

“Treasury must auction the oldest tangible items to make way for the new items we receive each year,” Treasurer McCord said. “This partnership leaves the evaluation, pricing and sale of these items to Morphy Auctions, a Pennsylvania auction house with a worldwide customer base and impeccable reputation, and allows us to focus on our core mission of returning unclaimed property to the rightful owner or heir.”

Treasury’s Bureau of Unclaimed Property receives tangible items each year from police departments, banks and credit unions, hospitals, nursing homes, educational facilities, correctional institutions, and other holders. These items often include jewelry, collectible coins, and medals, among other items, which are stored in the department’s vault.

Treasury undertakes a number of due diligence measures to identify the rightful owner of property in its possession, including letters and advertising. If after three years those numerous attempts to locate the owner prove unsuccessful, Pennsylvania’s unclaimed property law authorizes Treasury to appraise the items and sell them to the highest bidder. Proceeds of the auction are then maintained in perpetuity for the owner or heirs to claim.

Since 2001, Treasury has also sold tangible unclaimed property via its eBay auction site, which has generated more than $5 million in sales for the Commonwealth. Pennsylvania was the first state to have a continuous eBay unclaimed property auction.

To learn more about the unclaimed property program, visit www.patreasury.gov.

For more information on Morphy Auctions or the upcoming auction, including live bidding online, visit www.morphyauctions.com.