HARRISBURG, Pa. — Should state lawmakers increase the minimum age to buy tobacco and vaping products from 18 to 21? That’s what one organization wants leg... 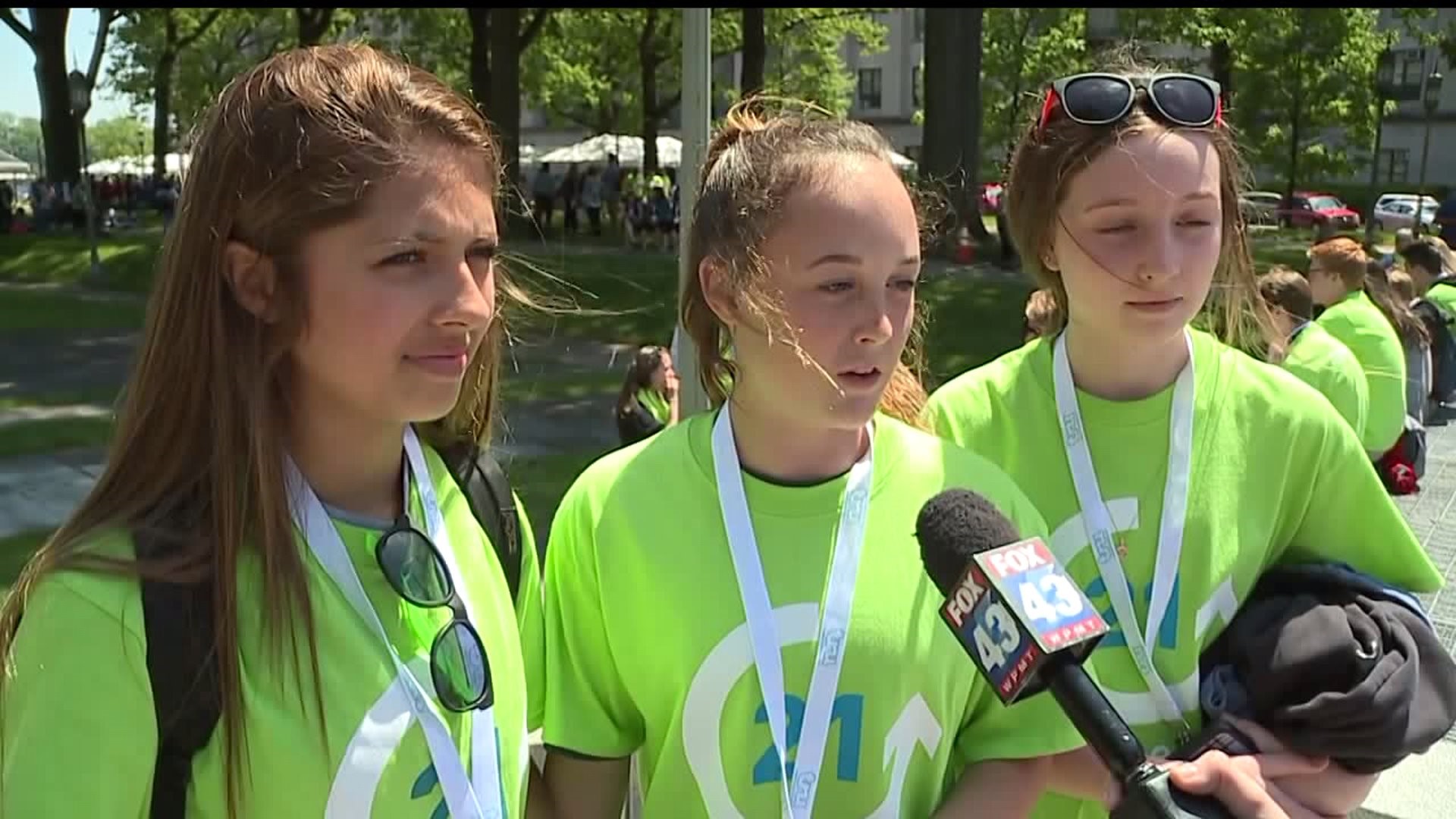 HARRISBURG, Pa. — Should state lawmakers increase the minimum age to buy tobacco and vaping products from 18 to 21? That's what one organization wants legislators to consider and not everyone is on board.

The rally was held at the back of the Capitol. A sea of kids wearing lime green t-shirts filled Soldier's Field with a loud and clear message.

“Many teenagers will say vaping is safer than regular smoking,” Matthew Kelly, a high school junior from Lackawanna county, said. “But let’s be clear, it’s not.”

They want one thing: legislators to increase the minimum age to buy tobacco and vaping products from 18 to 21.

“It’s kinda personal to me because my dad was addicted to tobacco at a young age,” 14-year-old Jaime Michaud of Phoenixville, Chester County, said. “And that led him to have heart failure so it’s kinda personal. And I wish that they moved it up to an older age so that that wouldn’t have happened.”

The lime green shirts they worse read, “TRU, #uptheage.” It's a movement that brings together youth from all 67 counties in pa for one common cause; to stop tobacco use.

Kelly was diagnosed with fibrosarcoma cancer. He only has one lung.

“And because of this, it makes it troublesome to breathe especially around vaping and smoking,” Kelly said. “And quite honestly, if you can’t breathe, nothing else matters.”

But not everyone agrees on upping the age.

“At the age of 18 you’re legally considered an adult,” Paul Briggs, who vapes, said. “How can you be an adult and still wait 3 years to buy a pack of cigarettes? That doesn’t make sense to me.”

And some believe, they'll get their hands on it anyway.

But some of the girls rallying said it'll be more challenging, hoping older individuals won't want to buy cigarettes for minors.

Juan Acevedo, another smoker, agrees with them. He wishes the legal age was older, when he started buying them.

“Personally I want to set a better example for my child,” Acevedo said. “So I want to quit personally. I don’t want her smoking at 18 so I want what’s best for our future, for our future kids, so I don’t think it’s wrong.”

Senate Bill 473 would increase the state’s minimum age to buy tobacco products from 18 to 21. It still needs to get voted out of committee to go to the full senate for a vote.